Independiente, returned to the Argentinian Primera Division, have released their 2016/17 third strip, to complete their kit range for this season.

The club had sunk to the Primera B Nacional but the stay proved to be a short one. Last season saw them back in the top flight and qualify for the Copa Sudamericana.

This season’s campaign has begun promisingly, with Independiente unbeaten in their opening four games. 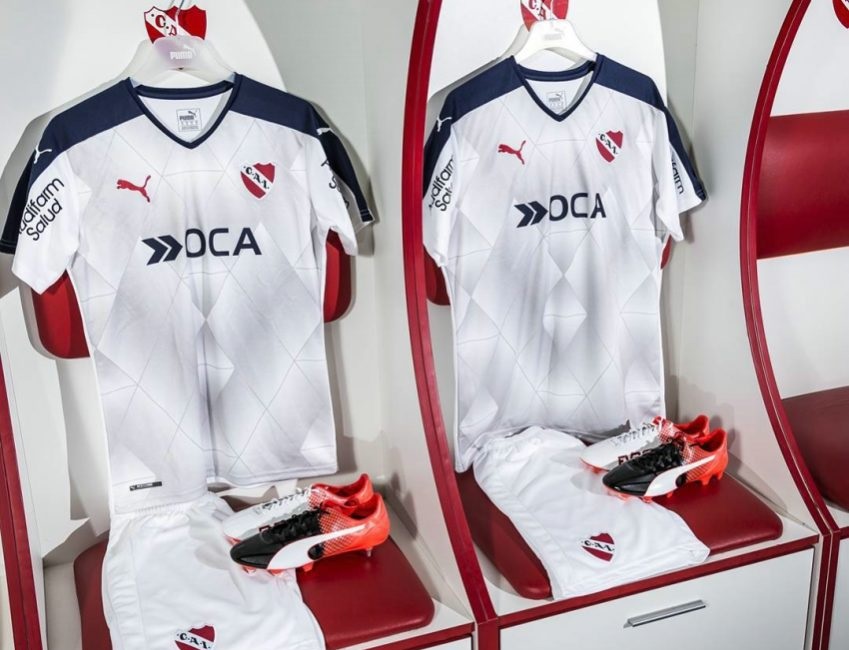 This is the Independiente third kit for the 2016/17 season: 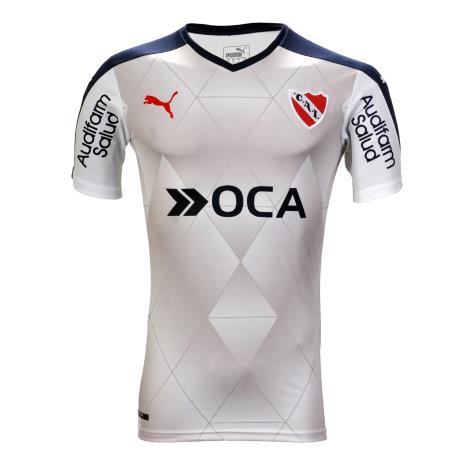 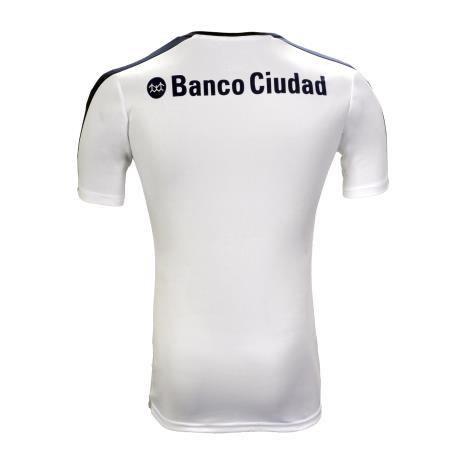 Manufactured by Puma, the 2016/17 third kit is a white shirt and can be mixed with blue or white shorts as the occasion demands.

Using the Puma Swerve template from last year’s teamwear range, the shirt features a tonal navy blue pattern across the front. Underlying this is a pinstripe diamond design. The reverse of the shirt is a clean white design, as are the sleeves.

The v-neck collar and shoulder stripes is a dark navy colour whilst motifs and club crests feature in red on the chest of the shirt.

Despite the ‘standard’ nature of the design, it’s an interesting shirt for a club which has won the Copa Libertadores a record seven times, as well as the Primer Division title 16 times.