There’s no other way to describe the Manchester United 2017-18 home kit: it’s an instant classic. 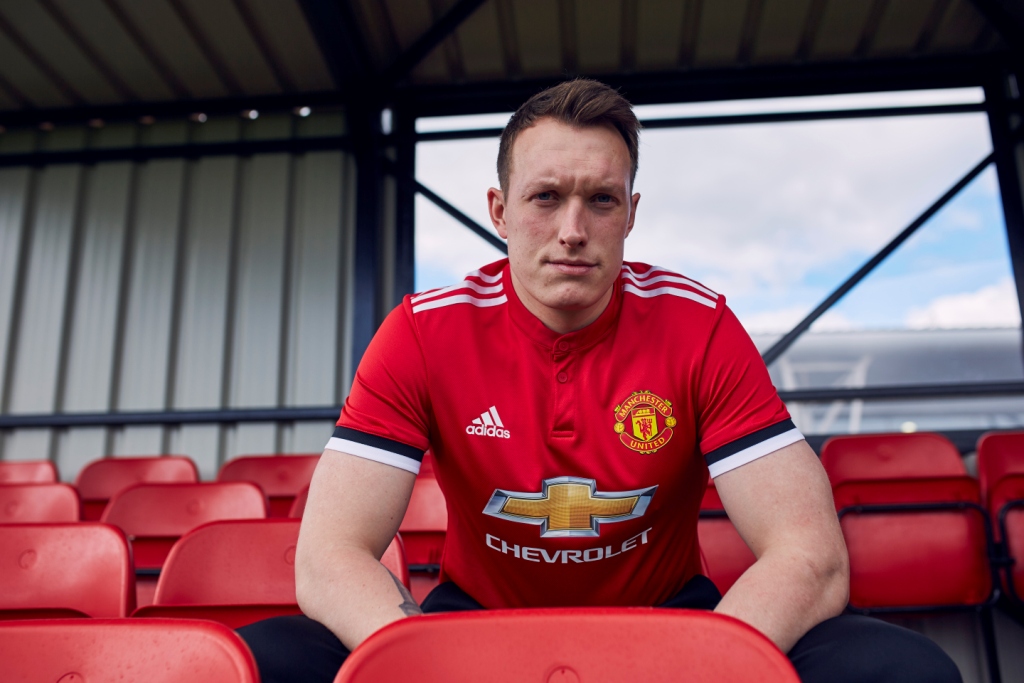 It’s going to be a busy summer for United. Zlatan Ibrahimovic is leaving and Wayne Rooney is heavily linked with a return to Everton; two of the club’s most recognisable names need replacing. An expensive business with squad strengthening as well. Alvaro Morata may be one of the incoming, with a £70m fee reported agreed with Real Madrid. 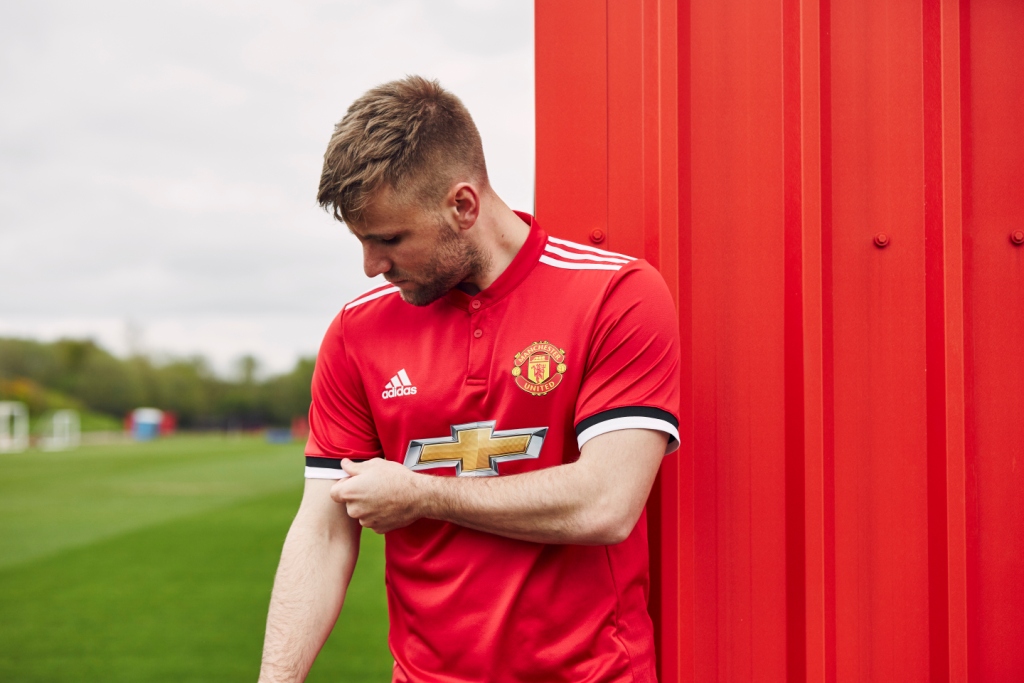 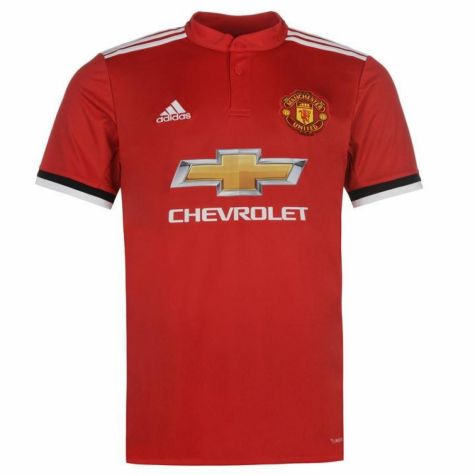 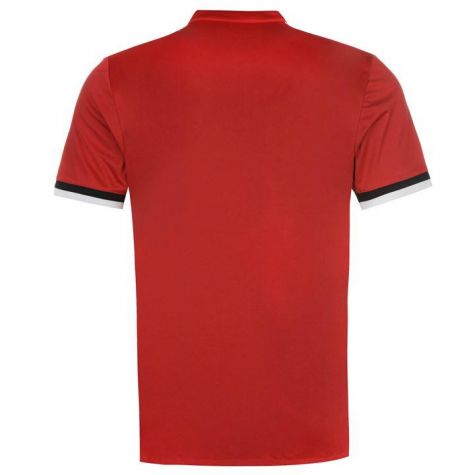 Plain red, with no tonal halves or patterns, the shirt has a ‘retro’ feel. Minimal trim feature, with white and black banded cuffs. In white, Adidas’ Three Stripes across the shoulder while the red collar is a two-button Henley-style. 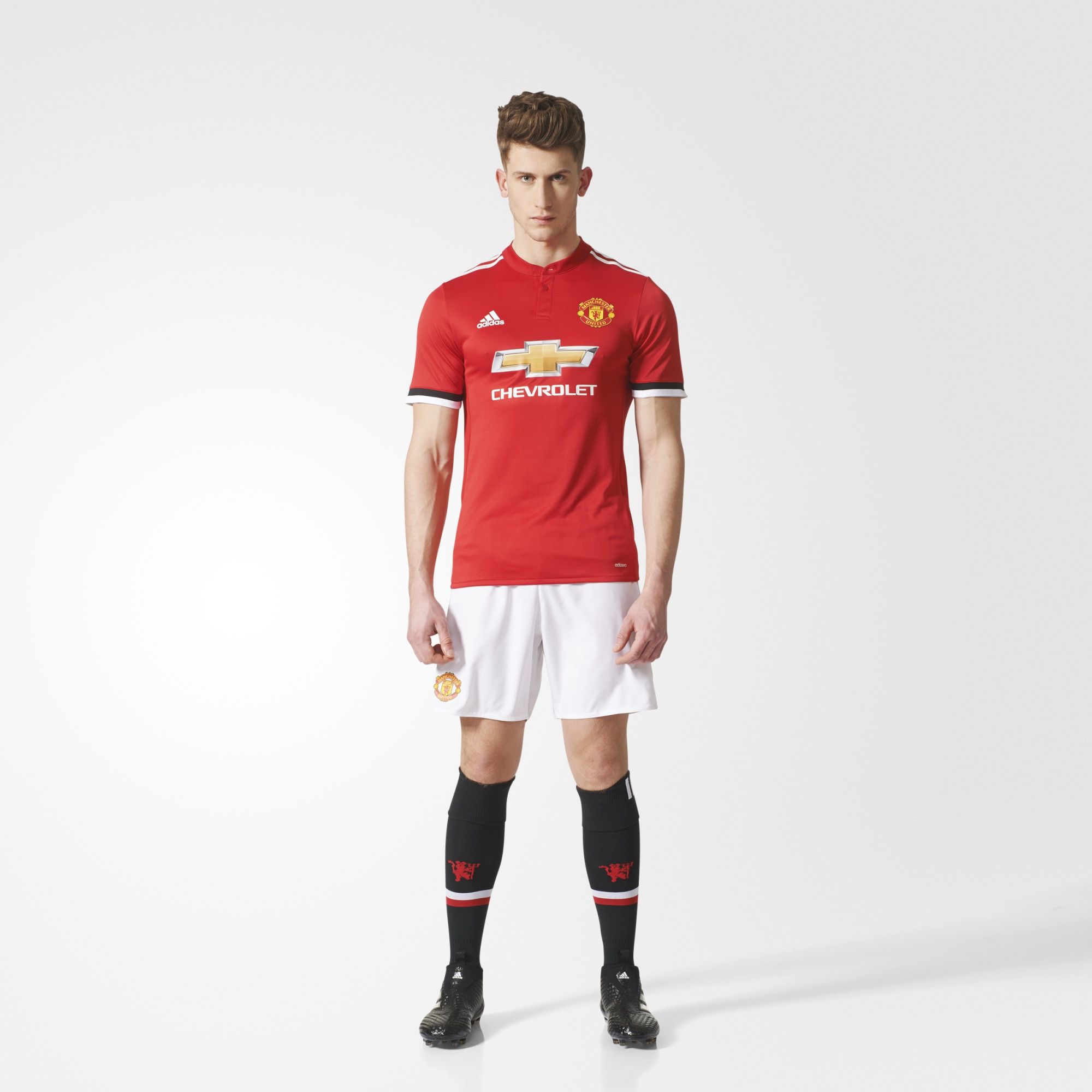 White shorts and black socks complete the kit. Adidas Three Stripes run down the side of the shorts while the socks feature white and red bands. A Red Devil logo appears on the upper shin.

This is the 2017/18 Manchester United home goalkeeper shirt: 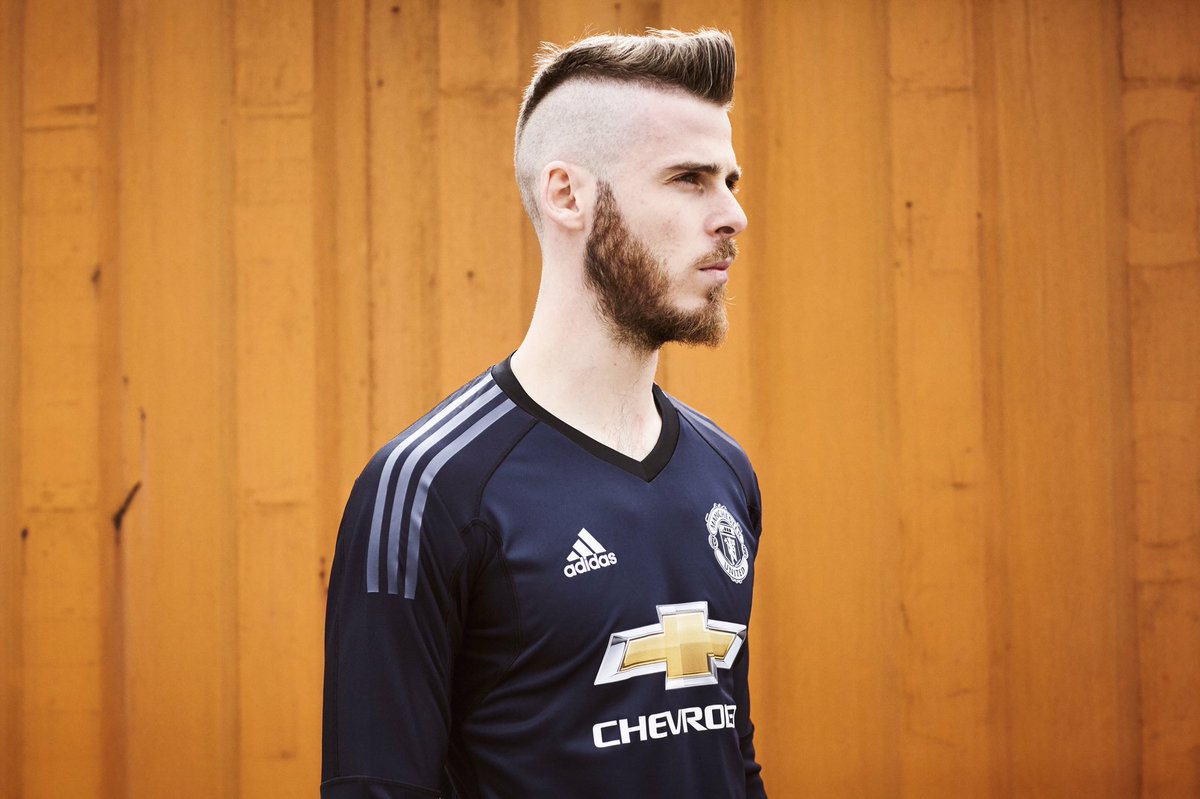 Whether David De Gea wears it in competitive matches is another matter.

The body and sleeves of the shirt are dark blue. On the shoulder a black patch housing Three Stripes in blue, merge into a black collar.

Accompanying the shirt are plain black shorts while blue socks with black-banded turnovers complete the kit.