Inter Milan, one of Europe’s great clubs, and not so long ago, winners of the Champions League. After years in the doldrums, closing in on this season’s top six represented a small improvement and something to build on. If grasping at that straw seems thing ground, then guilty as charged. 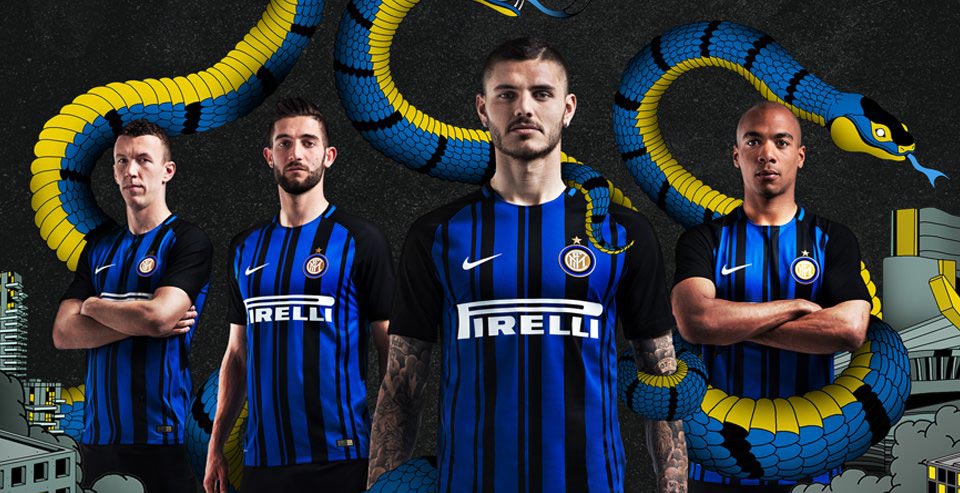 The Nerazzurri’s past weighs as a heavy burden on modern managers with Jose Mourinho’s success at the start of this decade as welcome as it was unexpected. At the moment, Inter are some way off challenging Juventus for the Scudetto. Finishing lower than city rivals, AC Milan, is not unusual but to see them take the last Europa League spot must be galling for the Inter ultras.

And then they have to contend with Nike’s design team whose midas touch is turning into iron pyrite. 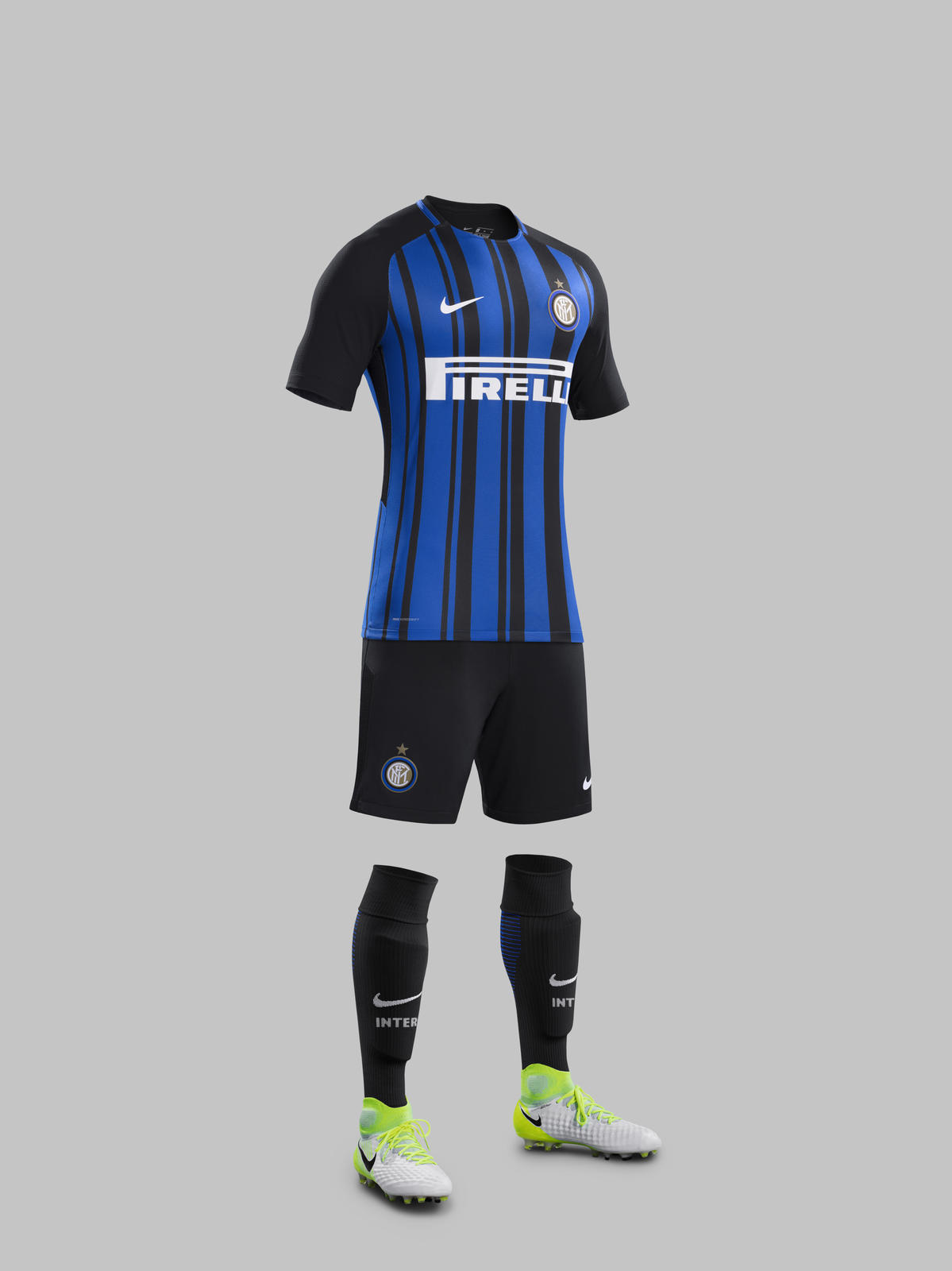 Blue with black stripes is the order of the day. It’s the Inter way, how things should be. Next season’s model features thick and thin stripes in an asymmetric design. 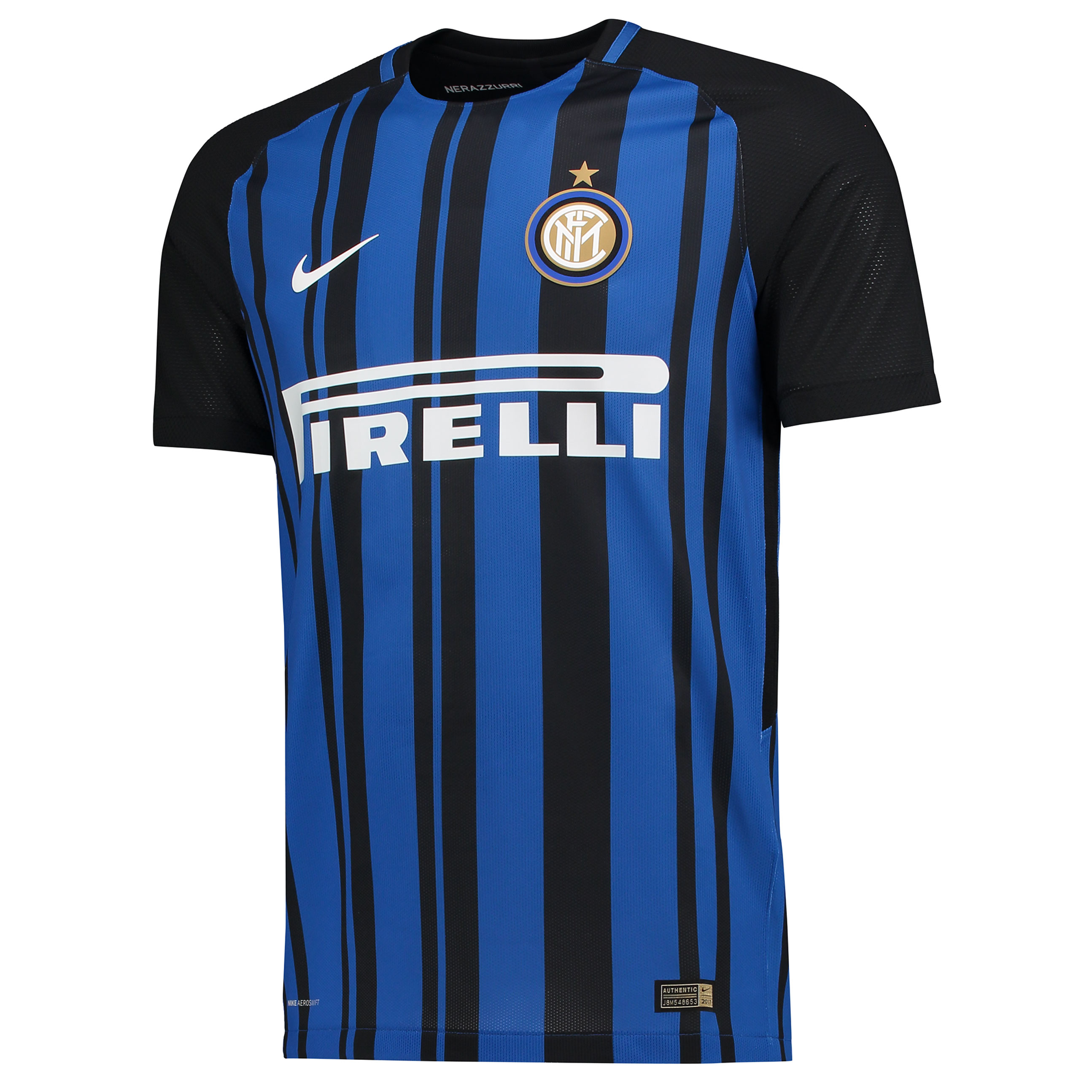 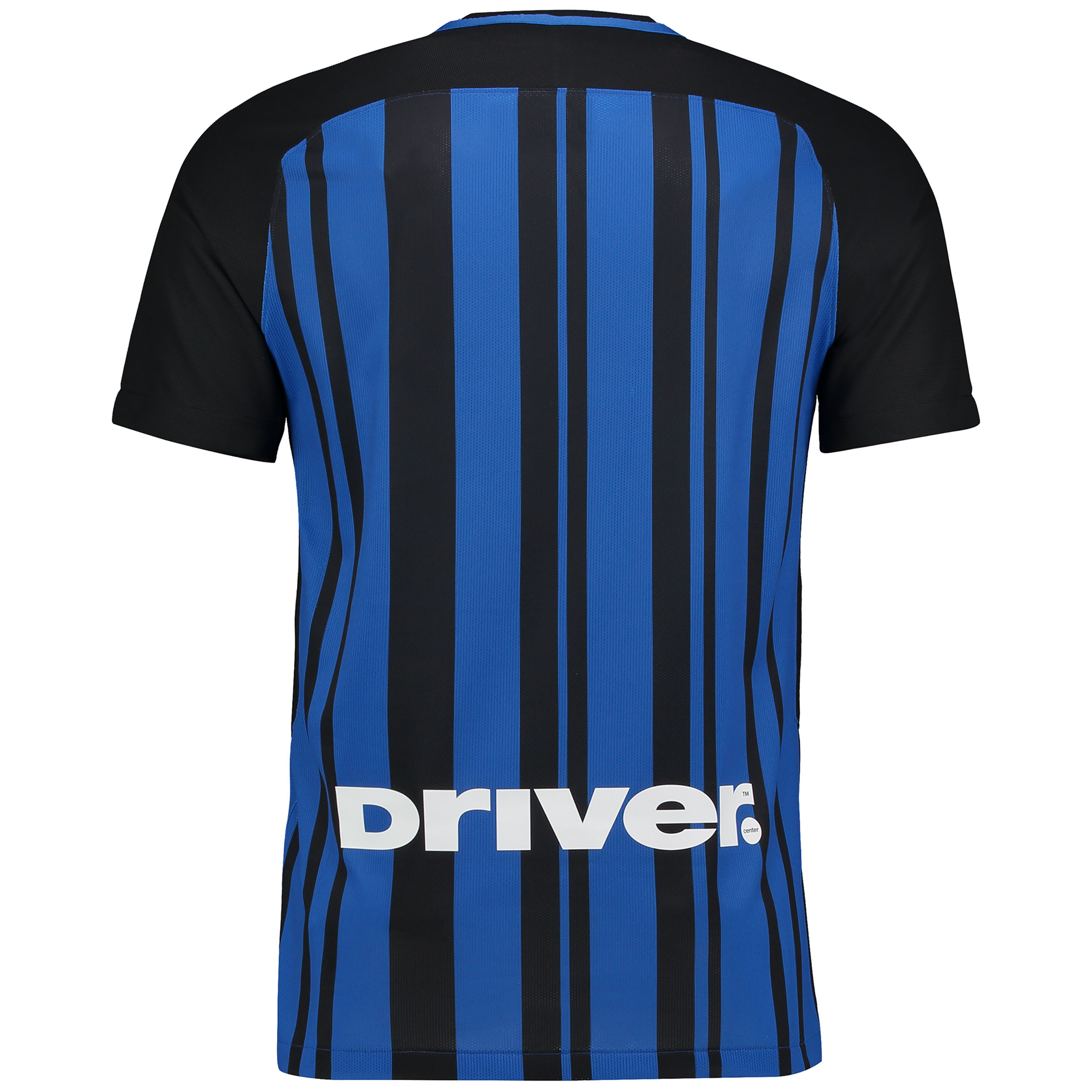 In keeping with their current templates, the sleeves are black, a contrast to the predominantly blue front. The patterning repeats on the back of the shirt, with additional sponsors logo in white on the lower back.

Finishing the kit are black shorts and socks, with white logos and motifs. 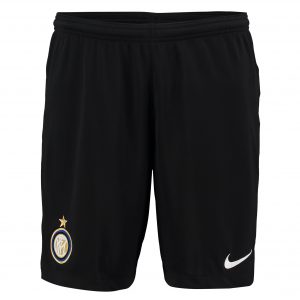 Quite how this one got off the drawing board is beyond me. And equally puzzling why the suits in the San Siro agreed to it? Perhaps it was lost on the way and sent by mistake to the upper echelons at Milanello. Plenty of grappa later, they signed off on the shirt as a belated April Fool’s prank.

With Adidas churning out classic designs as a matter of course, Nike are lagging behind.