Inter Milan issued two classy kits earlier in the summer. A striking interpretation of the famous black and blue stripes for the home shirt, stylish white for the away. Kudos to Nike for them.

At some point, the designers have to let their artistic flair run free and we suspect that the current run of third kits to be issued by the American sportswear giant may just be that moment.

It’s simply irresistible for them to play with the third kits. The ones the clubs will use in the Europa League as their away kits rather than the altogether more chic looks for domestic football.

My goodness me Internazionale, what have you agreed to…?

This is the Internazionale third kit for the 2016/17 season: 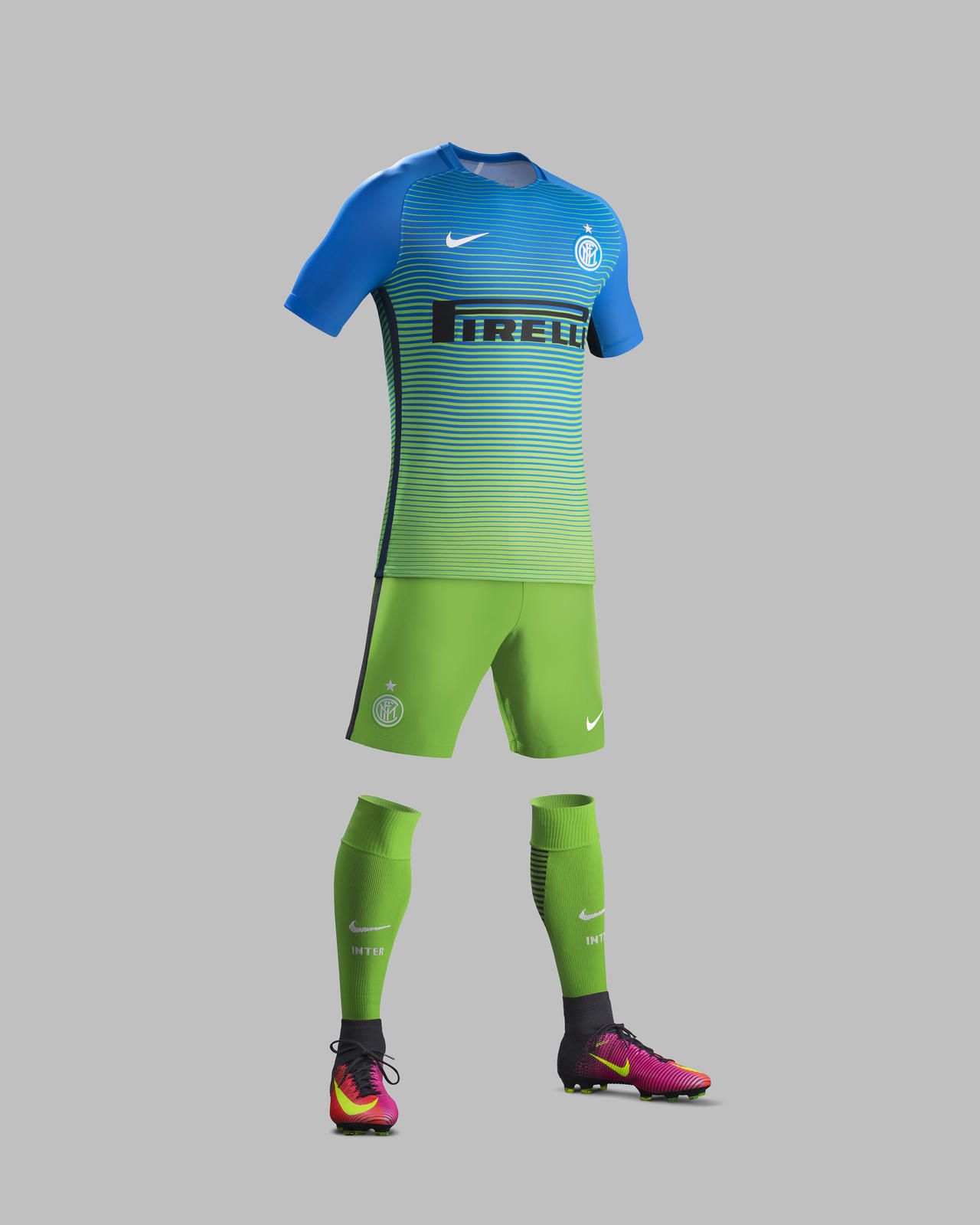 Aaarrrrgh, my eyes! Is there any truth that Pirelli will be replaced as sponsors by Ray Ban?

According to Nike, the shirt marries the club’s “iconic blue to a new luminous shade…electric green”. It certainly does something to the blue.

It’s appalling. Garish. Hideous. A fashion disaster. No good can come of it, surely? 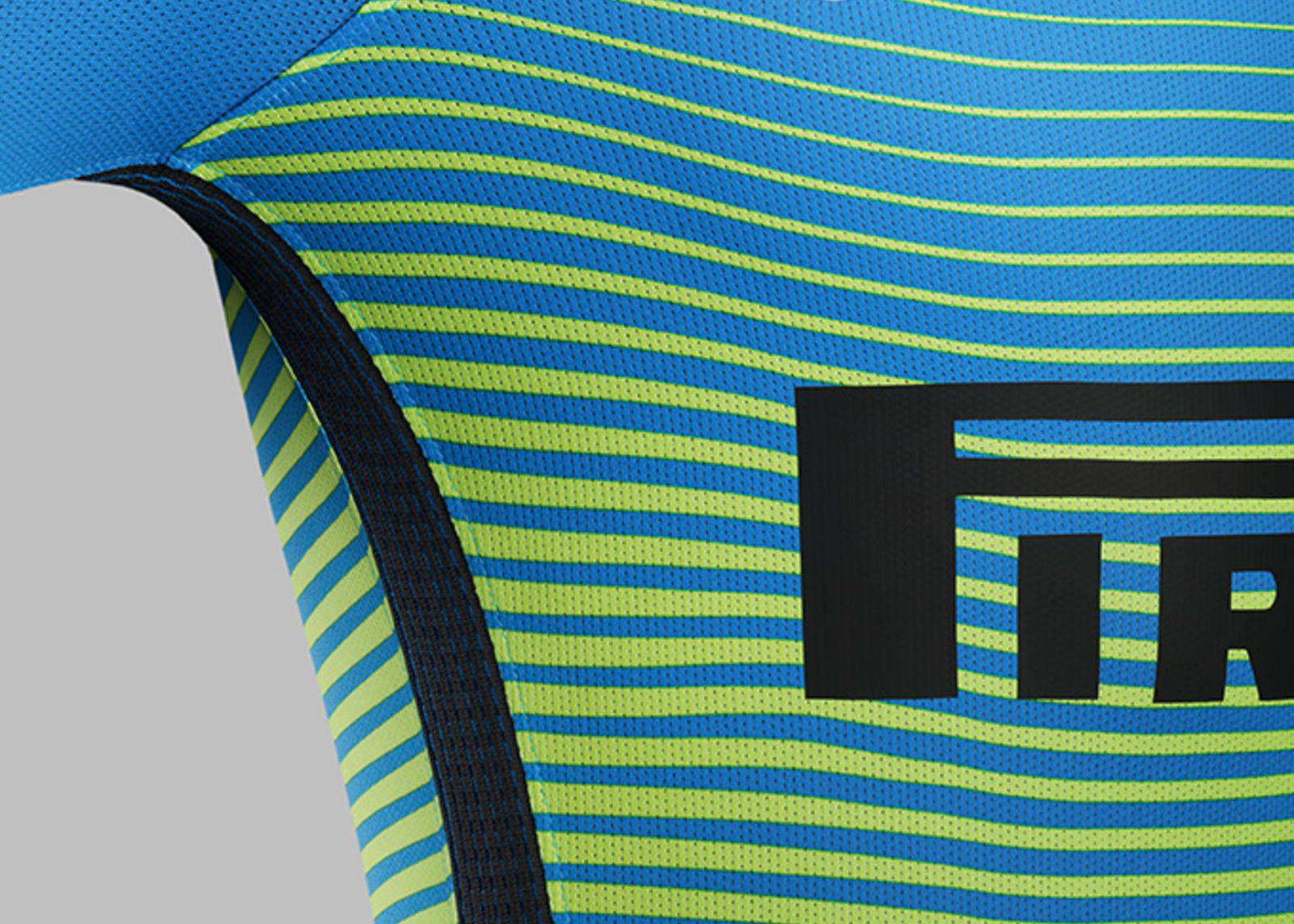 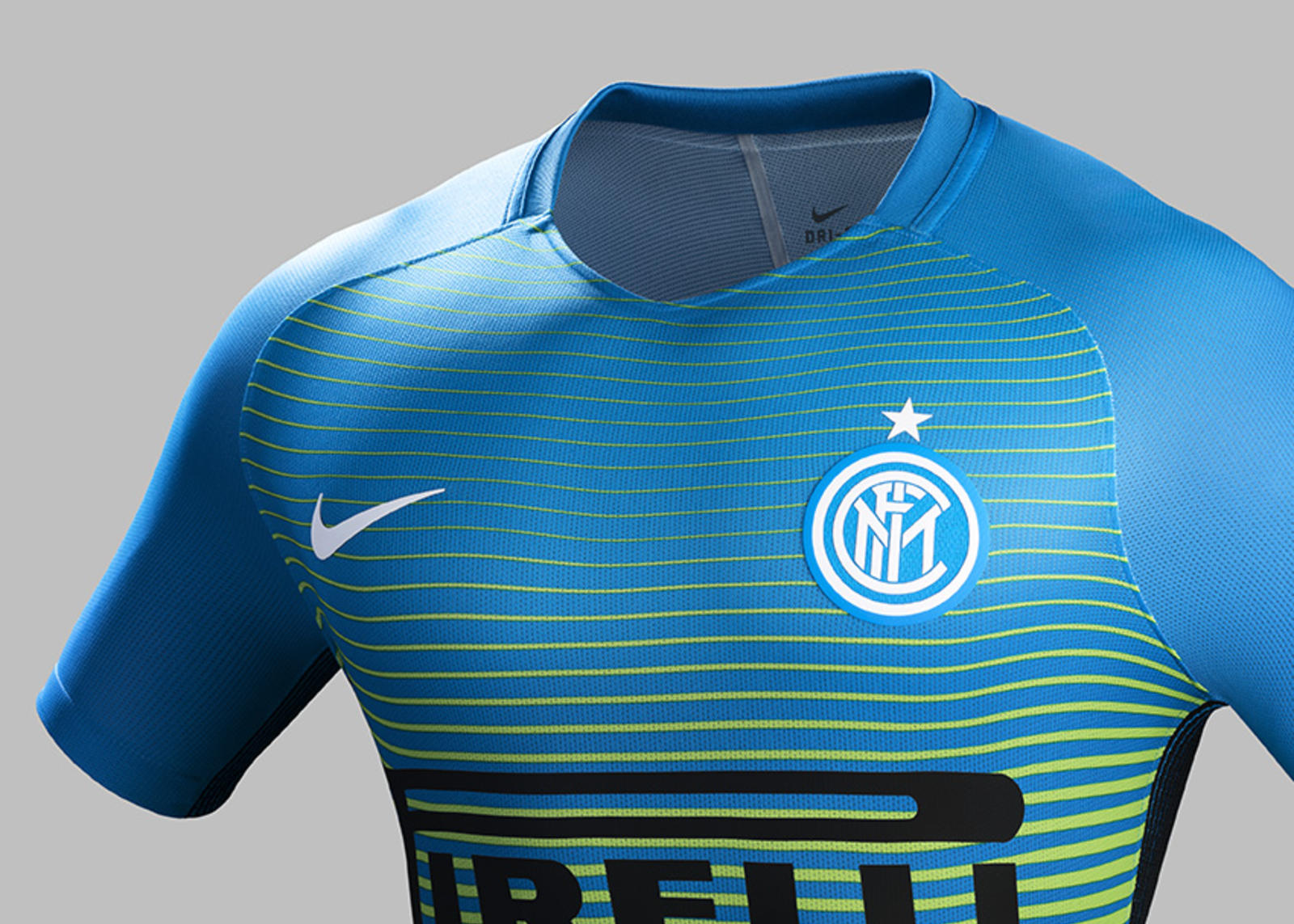 The notion of fading green horizontal hoops intermingling with blue isn’t bad, per se but how this got to anywhere beyond the prototype stage is a mystery Sherlock Holmes couldn’t solve.

The kit is finished by green shorts and socks.

Little wonder Inter are thinking of using it in the Champions League; it will dazzle their opponents at best, blinding them with its brightness at worst.

I have however found a redeeming feature for the kit. Two, in fact. Firstly the sleeves. The blue looks good, I have to say. And the second redeeming feature? This kit will be replaced next year…