Ipswich Town FC, a veteran team of the Championship, having been in the division since 2002 have said goodbye to Mick McCarthy and there are a huge number of rumours about who will be the next permanent manager. While there are several names said to be in contention for position, including Steven Gerrard (quite tenuously), there is also a huge amount of speculation as to what the team will be wearing next season. 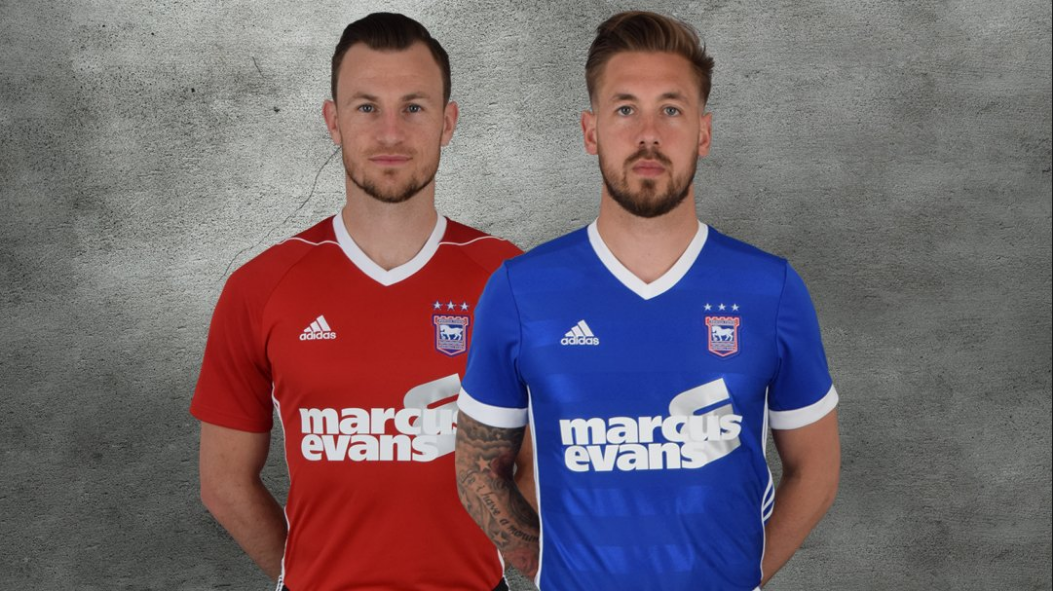 Th 2017/18 season kit had slightly reflective, horizontal stripes across the chest, sleeves which were finished with white at the bottoms and a crew neck which also had a white stripe finishing it.

The graphic designer HXZ, specialising in football pieces has drafted the home, away and third kits and received a great reception from the fans on social media. 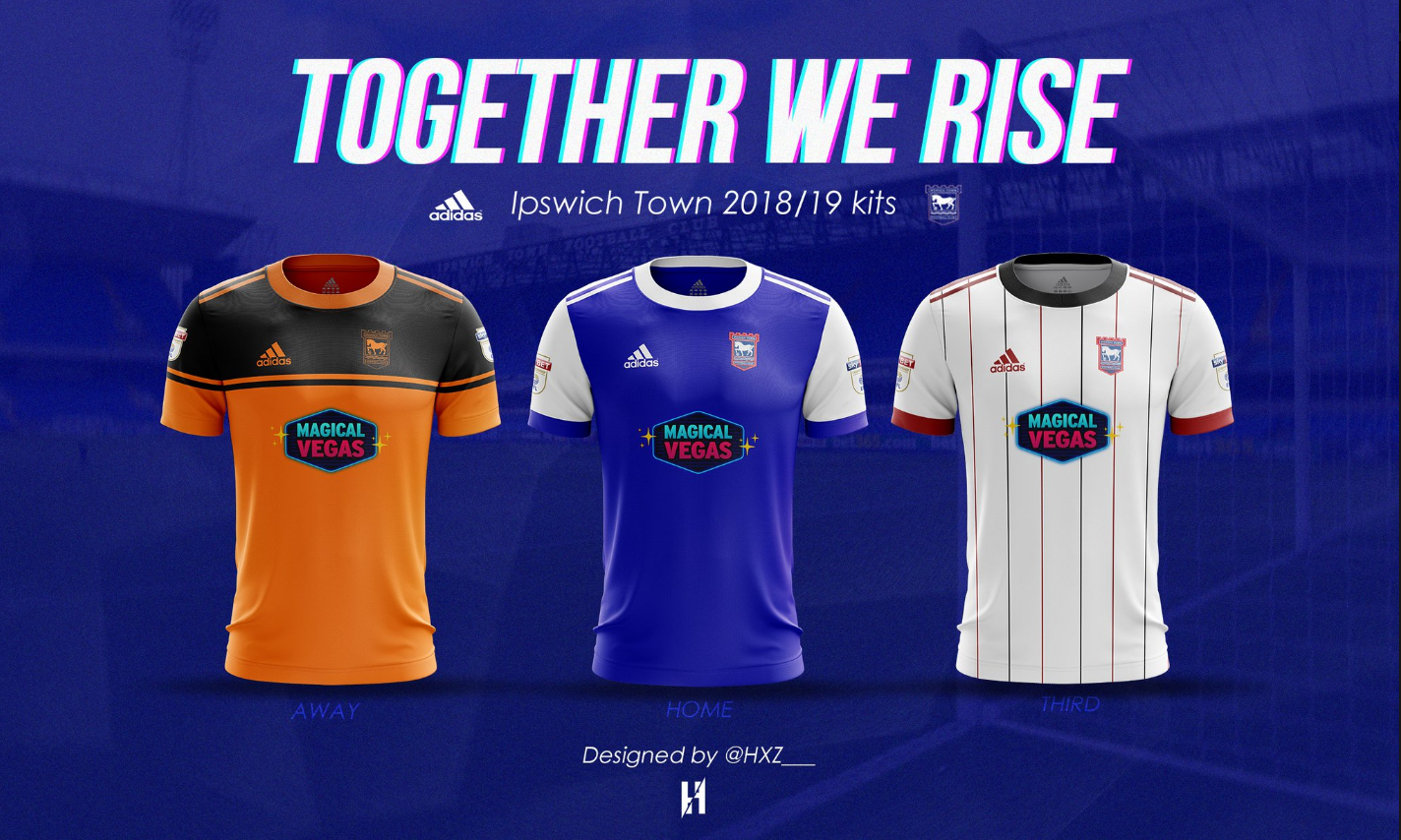 It is perhaps necessary to have a positive design, due to the club’s new sponsorship deal with the company Magical Vegas, quite a dominating name on the jersey.

The home kit is completely simple, with no reflective lines. There are two stripes on each shoulder leading to the neck and the sleeves are white with blue bottoms.

The away kit, much like the home is quite a simple but effective design, white with red vertical stripes, a black collar and red finishing at the bottom of the sleeves.

The third kit is incredibly reminiscent of the Punch-designed away kit from the 2004/05 season, being coloured orange and black. The black features across the chest, broken with a horizontal orange stripe.

Will the club and Adidas take note of the fans’ feedback and bring HXZ’s designs into the fold? If not, will fans be just as happy with the result?

There is a huge amount of uncertainty at Portman Road right now, but one thing is sure: change is coming.