Politicians tell you that it’s always a good time to release bad news when the headlines are elsewhere. Everton have certainly taken note of that. With Ronald Koeman‘s imminent appointment as Roberto Martinez’s successor, photos of what purports to be Everton’s third kit for the 2016/17 season, have leaked onto the web. 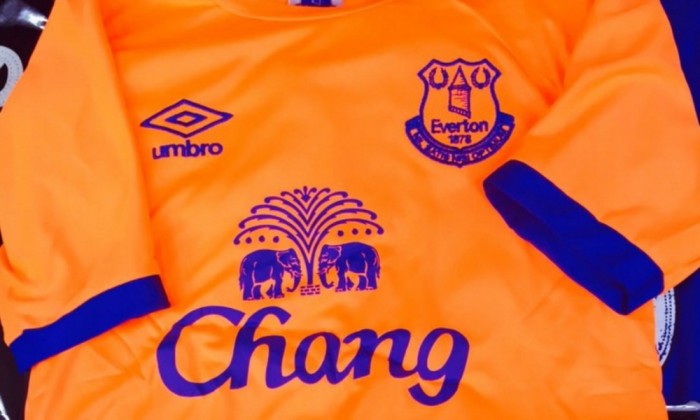 And they haven’t been overly welcomed in some quarters. Everton fansite, Royal Blue Mersey, called it an “orange monstrosity” with equally strident views aired on Twitter as well.

That said, it’s an improvement on last season’s third kit which saw very few outings and paired with royal blue shorts, it’s not that far from the yellow and blue away kits the club wore in the 1970s. 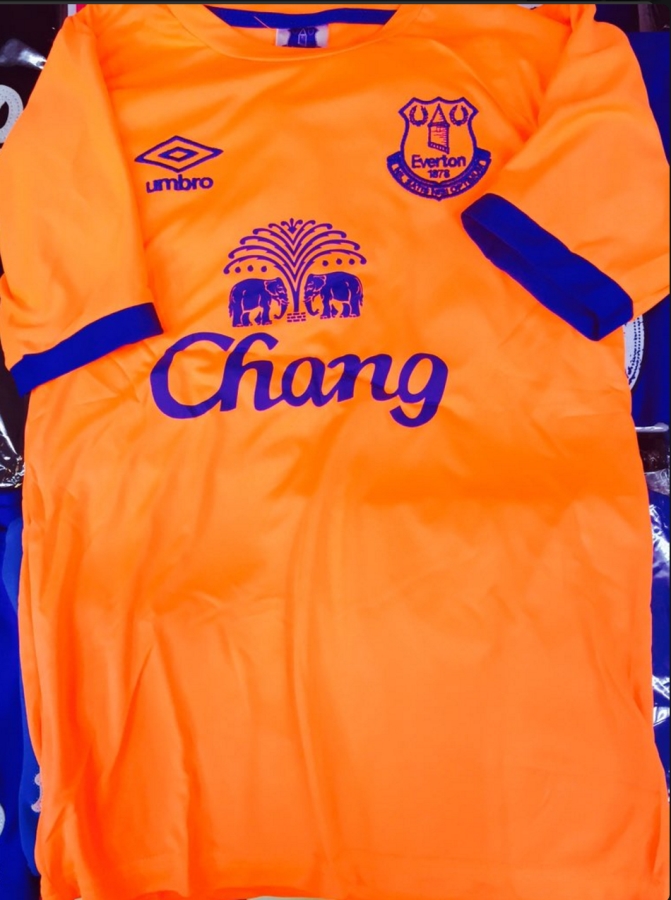 Umbro have certainly gone for something different though. The only trim on the shirt appear to be the cuffs in royal blue. The same colour scheme is used for the manufacturer’s logo on the right breast and the club badge, on the left. Chang beer, the club’s main sponsor, has their logo on the chest, again in royal blue.

As with other clubs, this one is aimed more at the fashion market. It’s a dangerous colour to choose with plenty of people remembering other clubs who issued similarly bright and vivid kits. ‘Tango’ was always a popular term of derision although supporters have to be wary as their own club is as likely to come up with a fashion faux pas as the Merseysiders appear to.

Do you agree with the critics or has this kit got the fizz Everton were missing last season? Sparkling or missing the target – let us know in the comments.