Two of the biggest clubs in adidas’ portfolio released their Parley Kit this week. Bayern Munich wore theirs in the 1 – 1 draw with Hoffenheim on Saturday but Real Madrid won’t debut theirs until the end of this month.

Will adidas rope Manchester United into the promotion? The Premier League misses out once more on good causes, not involved in the October Breast Cancer awareness campaign which south and central American clubs promoted last month.

This is the Real Madrid Parley Kit: 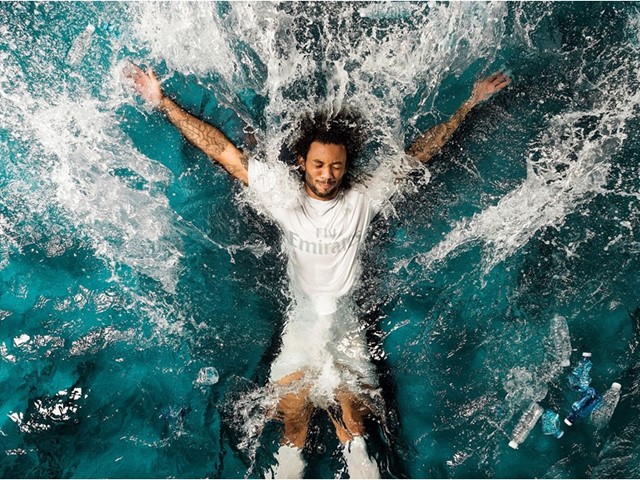 The base material of Real Madrid‘s Parley Kit is made of recycled plastic recovered off the coast of the Maldives.

adidas invested heavily into this process, turning the plastic into a technical fibre yarn. This is used as the base material used in the new kits. Real, top of La Liga, follow Bayern’s lead and wear a mono-colour kit. All white, the logo, Three Stripes and primary sponsor’s logo are in the same white colour.

The one-off kit design features mesh inserts for improved ventilation and the message “for the oceans” on the back neckline.

All White Now – Puma evoSPEED SLII On Its Way
Let’s Wait For The Blackout- New Puma evoPOWER 1.3 Arrives
To Top