Ivory Coast are the third nation to unveil their Puma designed kit for the 2017 African Cup of Nations, to be held in Gabon. It comes just three months after they issued their 2016/17 home kit featuring the trademarked evo-KNIT technology.

The Ivorians are defending their title, won 9 – 8 on penalties over Ghana in Bata. 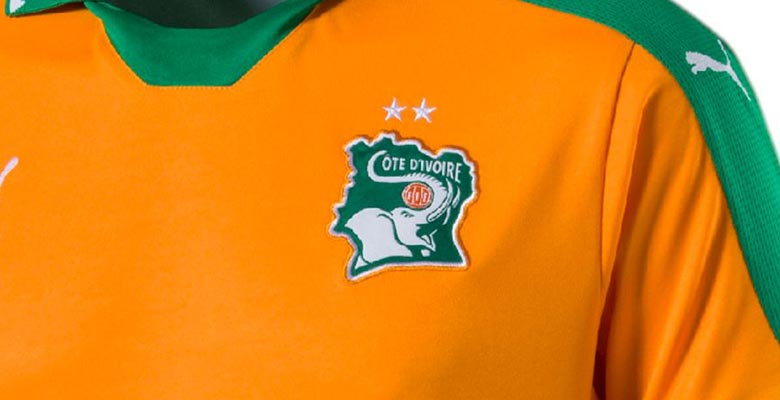 This is the Ivory Coast home kit to be worn during the 2017 Africa Cup of Nations. 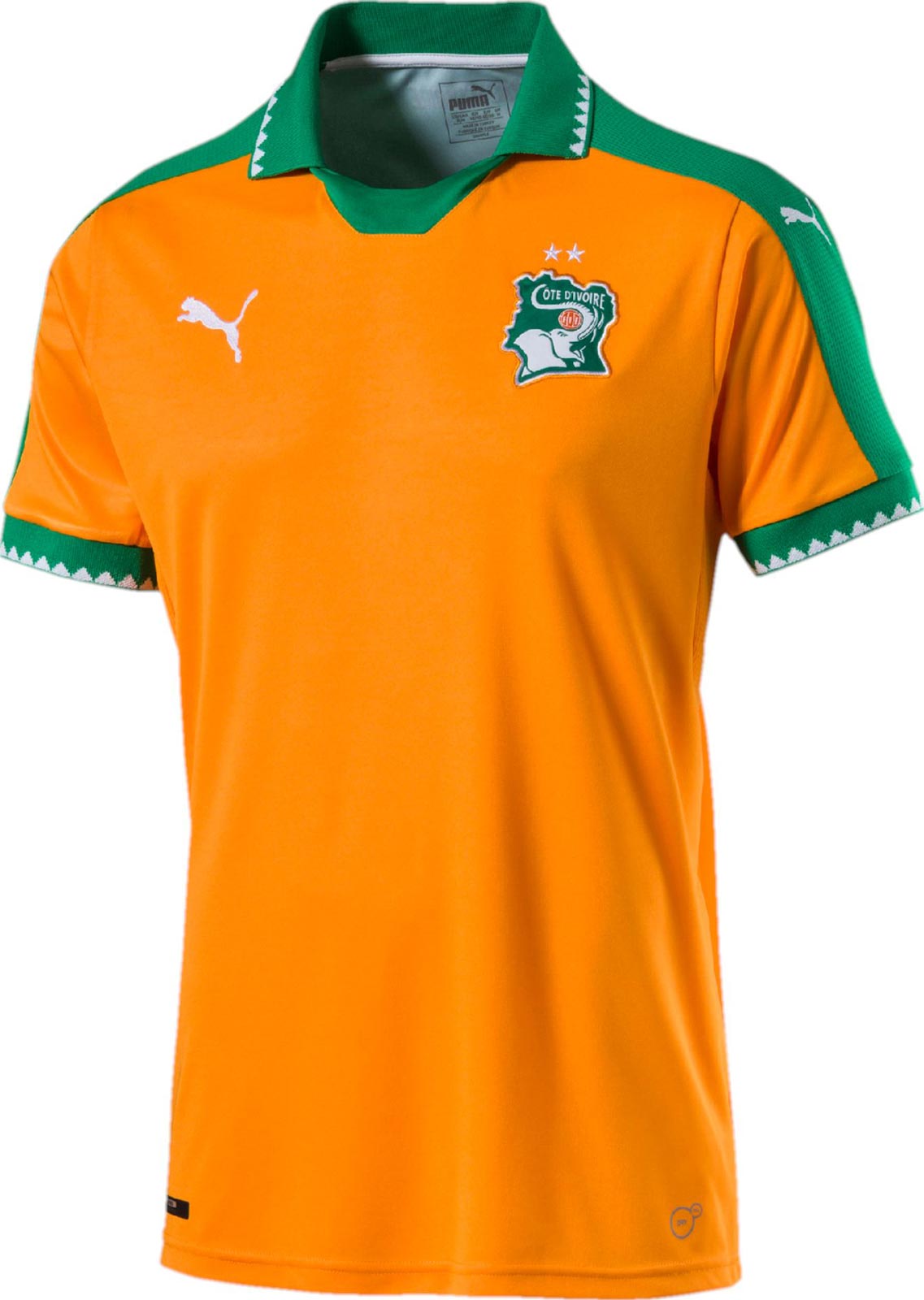 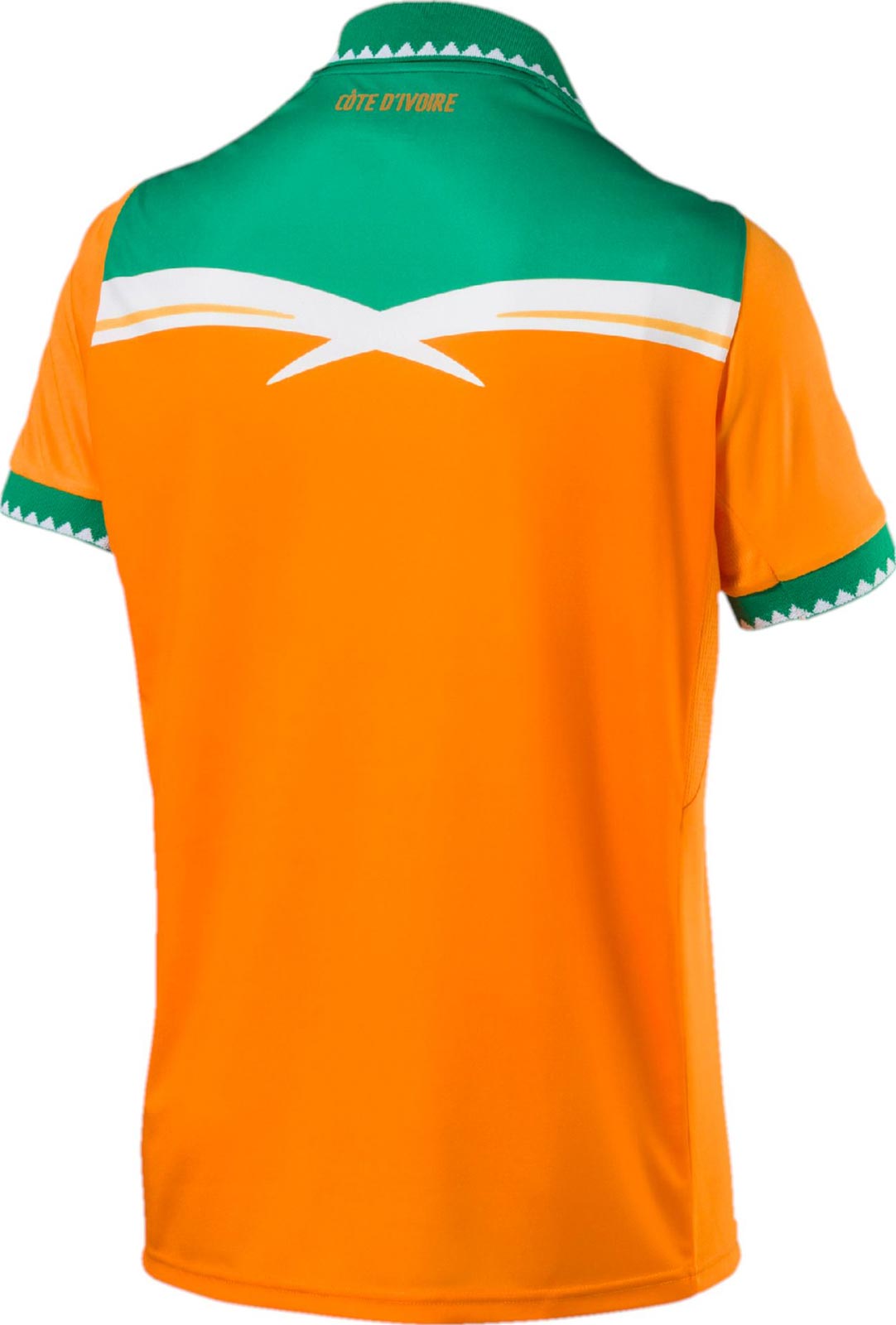 The traditional orange and green is adapted to the now-familiar template Puma is issuing this summer.

On this occasion, the triangular patterns found on the collar and cuffs are white, providing a striking contrast to the green background.

Again, the collar wing gives it a retro 70s feel, a feeling completed with the green band across the shoulders and sleeves to the cuffs.

The panel on the back of the shirt is green, with two white tusks at the bottom, referencing the Ivory Coast nickname of Les Éléphants. Inside the pattern are two orange accents.

Finishing the kit will be orange shorts and socks, both featuring green and white trim.

The kit was debuted in the recent 1 – 1 draw with Sierra Leone which confirmed their place among the finalsits in Gabon.