Ivory Coast have unveiled their new 2016/17 home kit. Manufacturer Puma has used its evoKNIT technology in the design which re-affirms their dominance of the African international kit market. 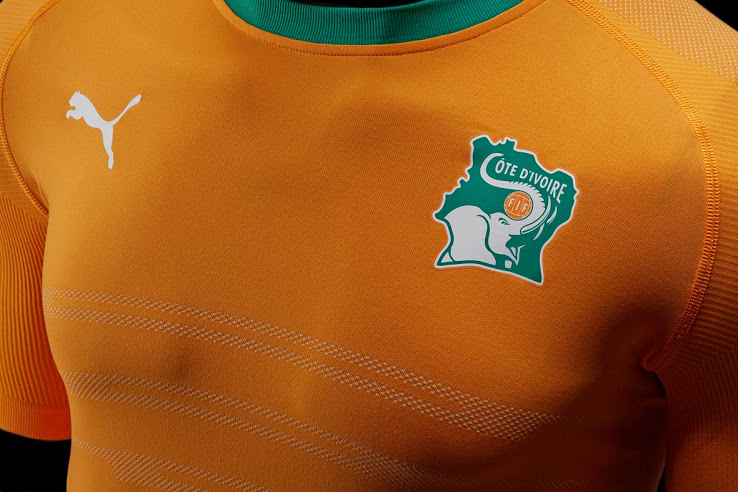 This is the home jersey which will be worn by Ivory Coast for their 2016/17 internationals. 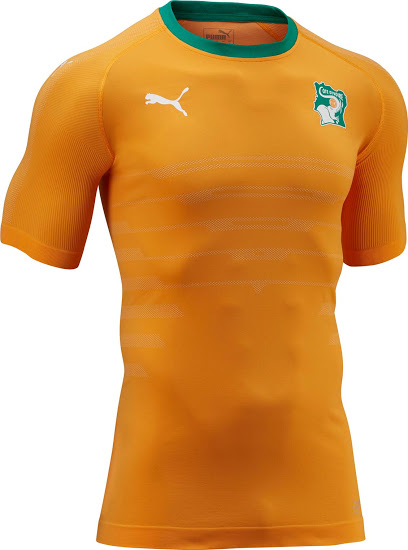 Puma has laid out a straightforward and classic shirt design for Ivory Coast to wear in next season’s internationals. Having drawn 0 – 0 in Budapest recently, the kit will be given its debut in the upcoming African Cup of National qualifying match against Gabon this weekend.

The kit is all-orange. The shirt features a green crew-necked collar but is otherwise plain. The evoKNIT mesh across the chest, arms and shoulders is in place, offering players a more comfortable wear.

On the left chest, Puma’s manufacturer’s logo sits opposite the badge of the Fédération Ivoirienne de Football, the Ivory Coast Football Federation. 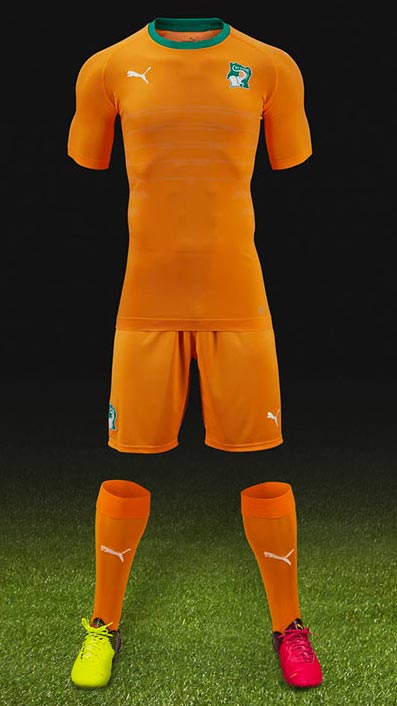 The kit is completed by orange shorts and orange socks. All feature the Puma logo whilst the badge of the Fédération Ivoirienne de Football is on the right thigh of the shorts.

It’s a vivid kit – as always with the Cote d’Ivoire – and one which they will wear as they look to prove themselves at the top of African football once again.