Japan, in partnership with Adidas, revealed their 2017 home kit. The Blue Samurai recovered from a shock opening game defeat to United Arab Emirates to lead their qualifying group for Russia 2018. If they make the finals, it will be their sixth consecutive on world football’s biggest stage. 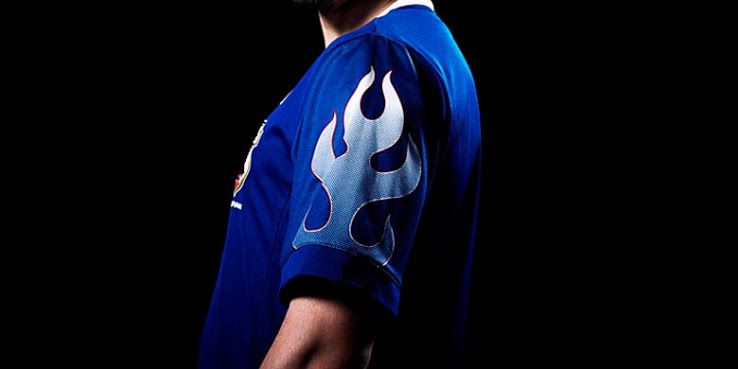 With upcoming games at home to third place Australia, and second place Saudi Arabia, their progress to the finals is not yet assured. Before that they face Iraq, while second and third meet in Adelaide on 8th June. The waters may get muddier before they clear.

The winners and runners-up of the groups qualify directly to the finals. The third-placed teams must face each other before a play-off against a central and north American nation. 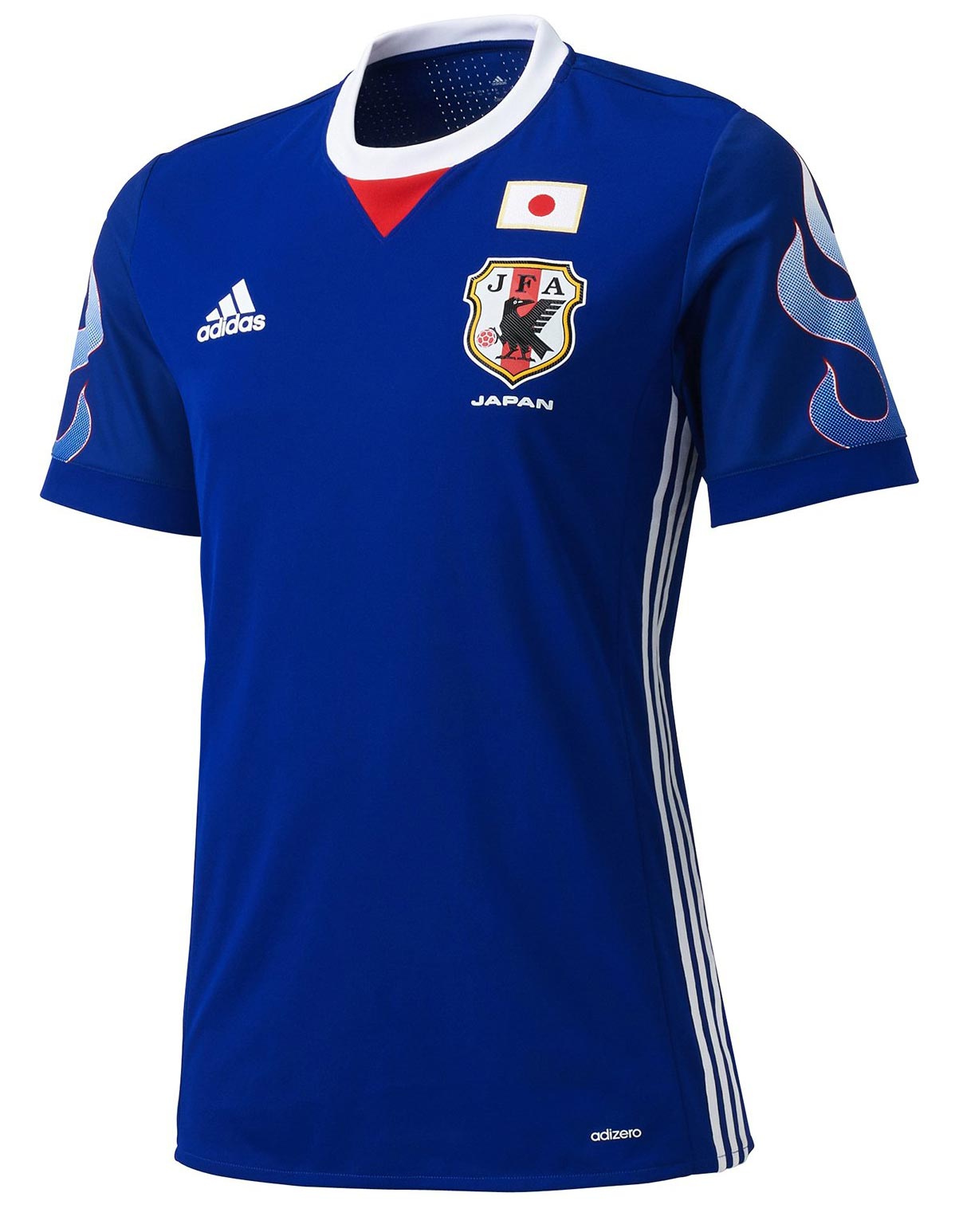 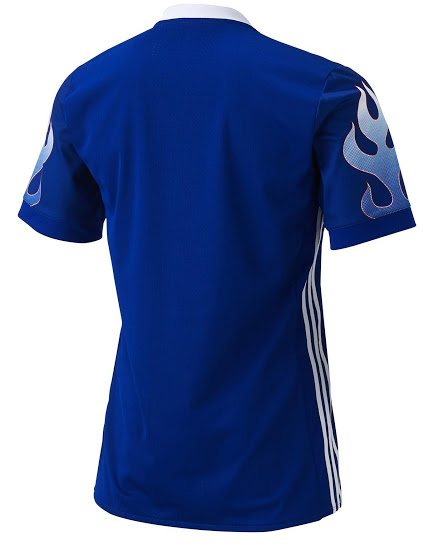 The traditional blue base remains but gets a modern twist. A white faded graphic of flames on the sleeves takes inspiration from a similar design in red on the 1997 kit. 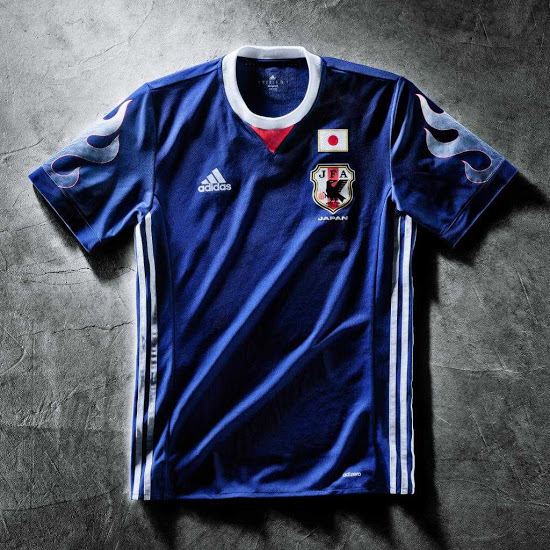 The trim is mainly white with hints of red. Adidas’ Three Stripes run down the sides of the shirt body in white as is the round collar. A red triangular panel sits level with Nisshōki, the Japanese national flag, and above the Japan FA crest.

While unconfirmed at present, the shorts and socks should be blue with white Adidas trim.