Italian giants, Juventus, may face a dilemma over the future of Paul Pogba but the big decision may have already been taken about next season’s away kit. The French international, currently at 2016, is at the centre of a tug of love between the Turin-based club and current European club champions, Real Madrid.

These are the first images of the Juventus away kit for the 2016/17. 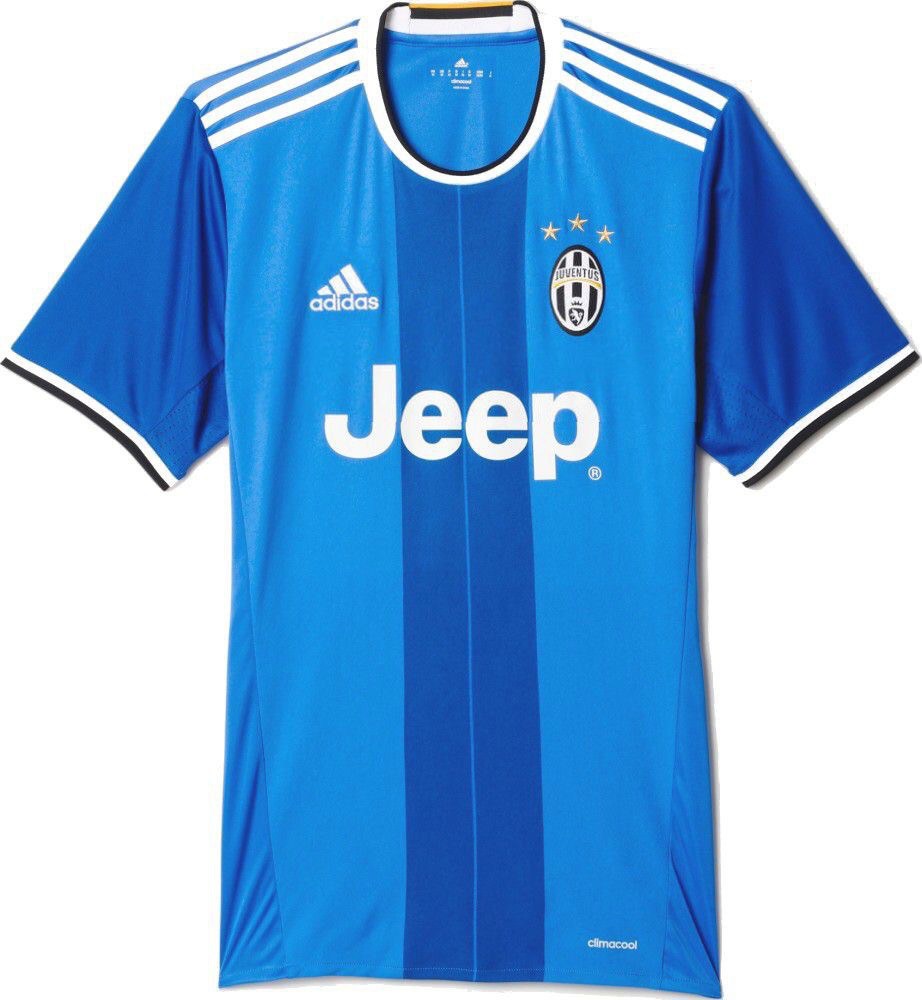 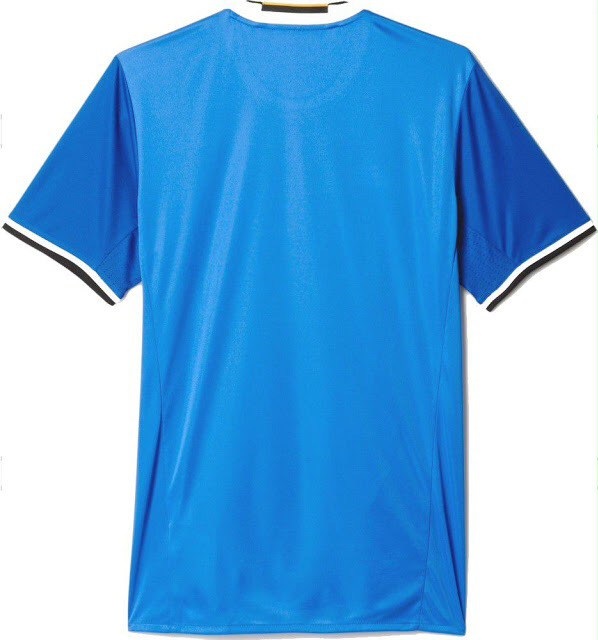 Adidas has created a unique design for the reigning Italian champions. The two shades of blue are a striking combination with the darker royal blue contrasting starkly with the lighter shade.

The royal blue base extends around the front and back of the body of the shirt, with the reverse being a clean design. The front features two central darker royal blue stripes, separated by a thin lighter blue pinstripe. The crew neck collar is predominantly white with a thin black band around the top of the neckline.

Adidas has put its trademark Three Stripes across the shoulder in white, as is their logo on the right breast of the shirt front. Jeep, primary shirt sponsor, has the their logo in white on the midriff whilst the club badge sits on the left breast.

The sleeves are the darker shade of royal blue with black and white thin bands on the cuff.

It’s an outstanding design, clean and crisp lines for the stripes and simple trim.

The kit of champions or will the Old Lady be left feeling blue? Let us know your thoughts in the comments.