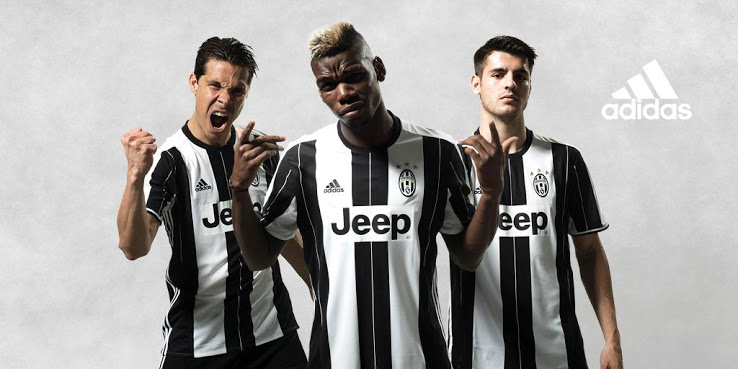 Juventus, Serie A champions for the fifth consecutive season, launched their new 2016/17 home kit this week

The new Adidas design made its debut in the 5 – 0 win over Sampdoria in the Juventus Stadium. 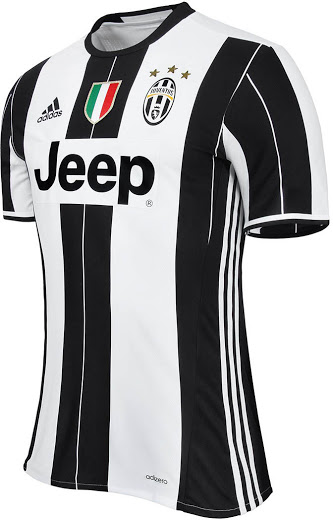 Keeping faith with the traditional colours of black and white stripes, Adidas have made the stripes wider and the shirt has two white alternating with three thicker blacker stripes.

Leading from the black collar, the central black stripe contains a thinner white one whilst those on the side host the manufacturers three white stripes. Adidas has its own logo on the front of the shirt in black, as is the logo of sponsor, Jeep.

The back has a large central white panel to house the player names and numbers whilst the cuff and trim of the sleeves gives a rectangular effect for the black stripes. 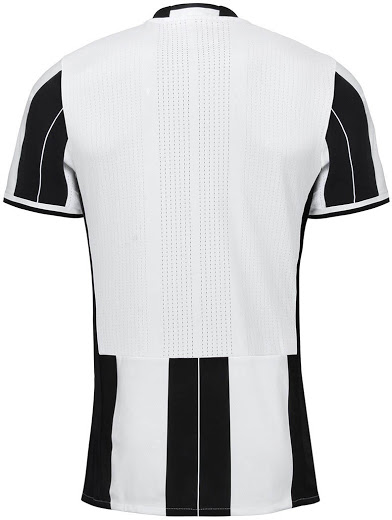 Completed with black shorts and socks, it marks a change to recent seasons when white has been the dominant kit colour.

If Adidas have tinkered with the design of the outfield players, they have gone for simplicity for the goalkeepers. 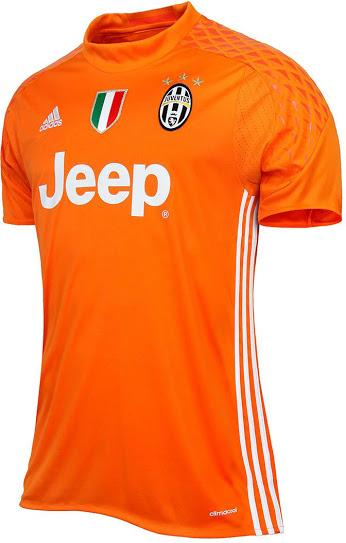 The bright orange kit seems on the face of it to be little more than a standard off-the-shelf shirt but, in a break with the rest of their current range, the new diamond-shaped graphic appears on the shoulder in the same colour as the shirt body. 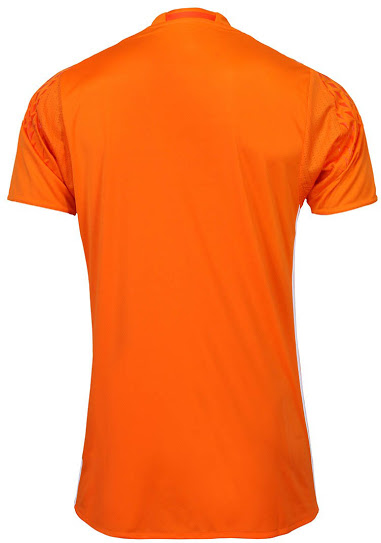 The three Adidas stripes run down the side panels, meeting those of the shorts at the waist as the colour scheme is maintained through the design. 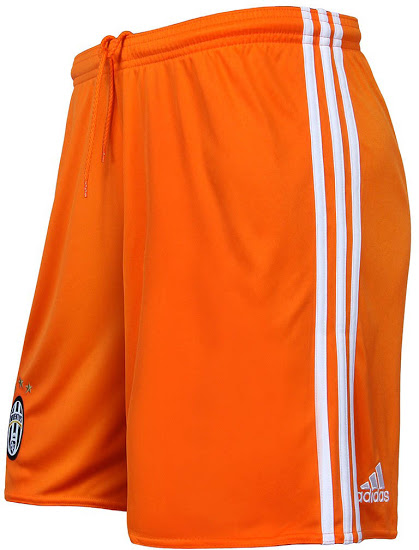 Have Adidas given the La Vecchia Signora a kit to be proud of or is this a fashion faux pas for the Italian champions?