Juventus‘ 2016/17 third kit has joined others from Europe’s top clubs to be launched this week by Adidas, having previously been leaked onto the web.

The club hailed the arrival of Gonzalo Higuain last week as they prepare for the departure of Paul Pogba next. Speculation was rife that he might be staying in Turin following the promotional poster for the recently released away kit but that proved to be false hope for the fans.

In keeping with their affectionate nickname, the Zebras, Juventus will be wearing a black and white away kit.

The shirt body is a clean white design, with kit manufacturer Adidas placing their trademark Three Stripes down the side of the body. As with the trim on the shirt, they are in black.

The uniqueness of the design is apparent on the shoulders and sleeves. It’s no unusual, you might think, for an Adidas shirt to have stripes. It is this time; these mimic the stripes of a Zebra, with Juventus known as Zebre, due to the design of their home kits. 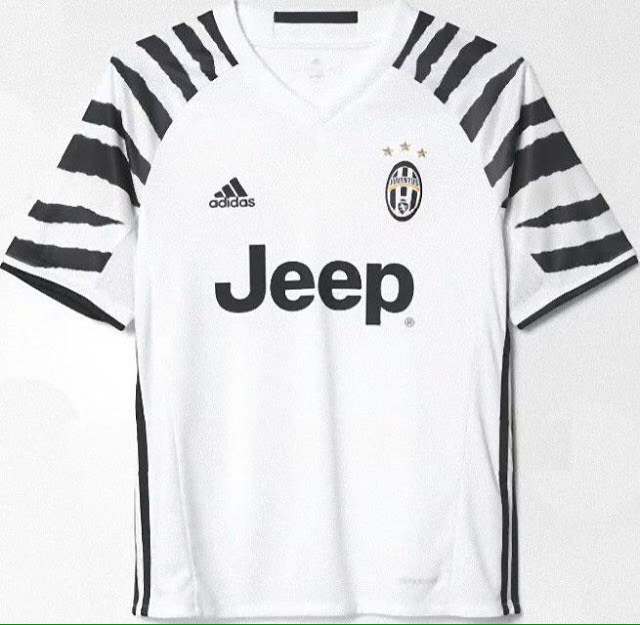 The kit will be completed with white shorts and socks, both featuring black trim.

It’s a distinctive shirt design and as with many third kits, Adidas and Juventus encouraged the design department’s imagination!