The new VfL Wolfsburg 15-16 Shirt boasts a totally new design using the main color white with a bold green and blue chevron design on the front after last season’s home shirt introduced a striking X on the front. It’s the first time in the history of the club that the new shirt features this design on the front.

The sleeve cuffs and the hem of the new VfL Wolfsburg Kit are green, while the Volkswagen logo is placed centrally, partly overlapping the chevron design. 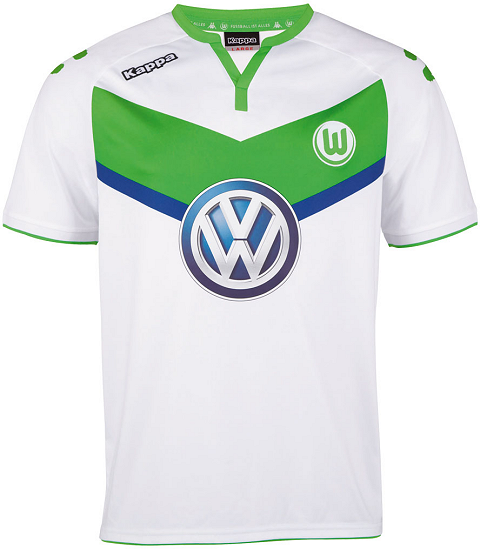 The new Wolfsburg 2015-2016 Away Shirt introduces a new design, combining a green base with dark blue and white stripes, inspired by the shirt worn in the 1994-95 season when Wolfsburg won the German cup. Colored white, the collar used for the Wolfsburg 15-16 Away Kit is the same as the one on the new Wolfsburg Home Kit.

Blue applications are visible on the shoulders of the new Wolfsburg 15-16 Away Jersey, which has solid green raglan sleeves. 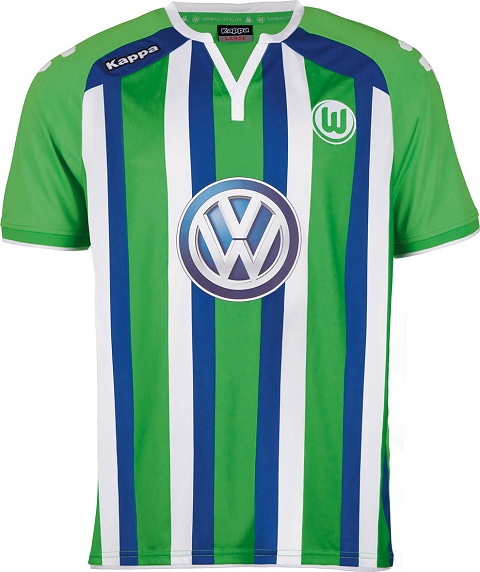 The Wolfsburg 2015-16 Third Jersey is carried over from the last season, as the team will continue to sport the striking look with a blue base and a green and white cross across the chest. 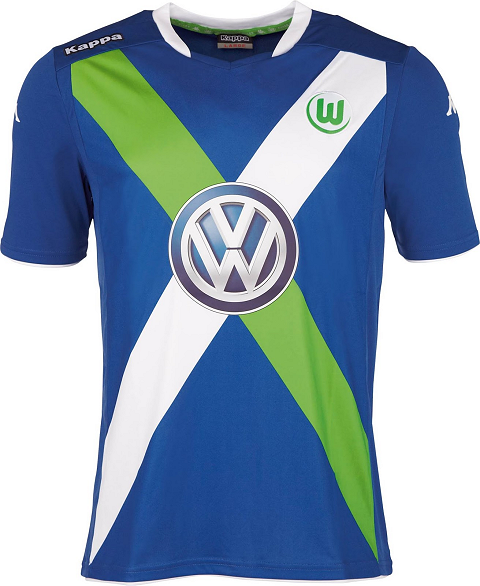