The inside of the neckline of the Rayo 2015-2016 Home Jersey sees the Rayo Vallecano writing together with the Kelme logo and a bolt (rayo means bolt in Spanish). 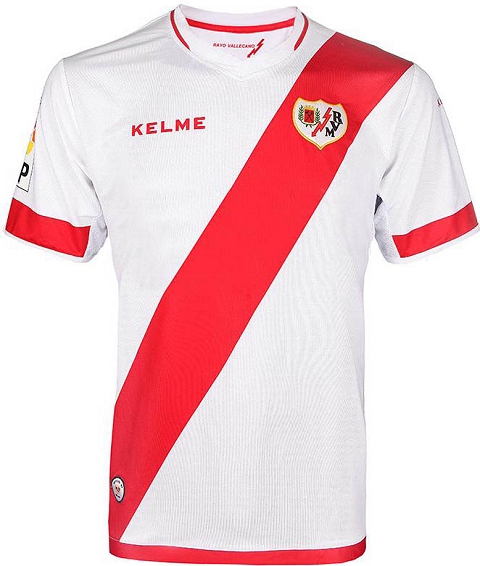 To honor the ‘unsung heroes of society’, the black Rayo Vallecano 2015-16 Away Shirt features a striking rainbow sash on the front. Each color of the sash represent the club’s support of a movement, while all all six colors combined represent the fight against discrimination for sexual orientation. 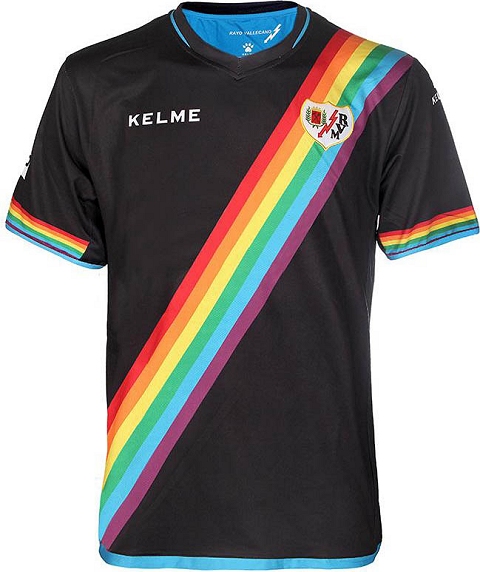 The Kelme Rayo Vallecano 2015-16 Third Jerseys is grey with a pink sash, pink sleeve cuffs and pink hem, in support of those who fight against cancer. A pink ribbon is placed below the Kelme logo on the Rayo Vallecano 15-16 Third Kit to further support this cause. 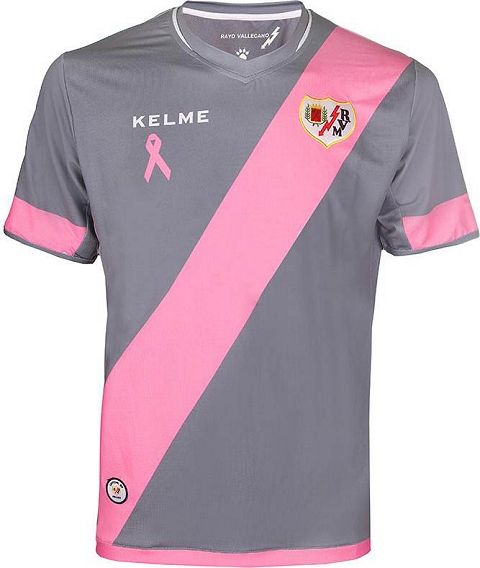