Glasgow Rangers, returning to the top flight of Scottish football next season after a four-year absence, released their 2016/17 home kit. Well, kit manufacturer Puma has. The club and former retail partner Sport Direct are in dispute and despite attempts at mediation, Puma has shipped the kit without Rangers consent.

The club’s position is clear; they have served notice on severance of the contract and have protected copyrights on certain images which ought to preclude the sale of the kit. The manufacturer thinks otherwise and in a move which will send the lawyers into a legal frenzy, are retailing the kit. 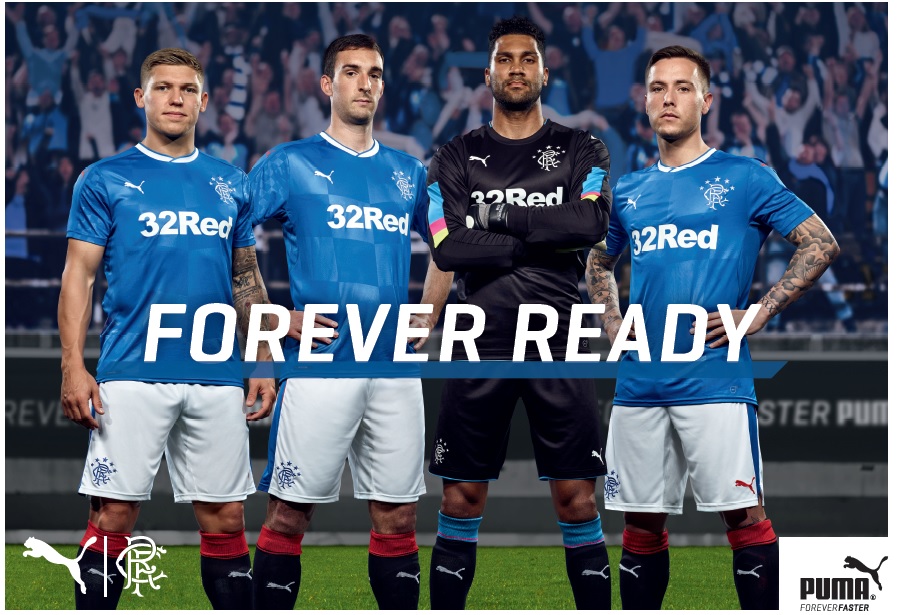 There is speculation that the Gers are set to release their own brand kit and mothball this design. Whether their legal advice lets them do that remains to be seen. It’s a pity; this is actually a decent design.

This the home kit Glasgow Rangers will wear for the 2016/17 season. 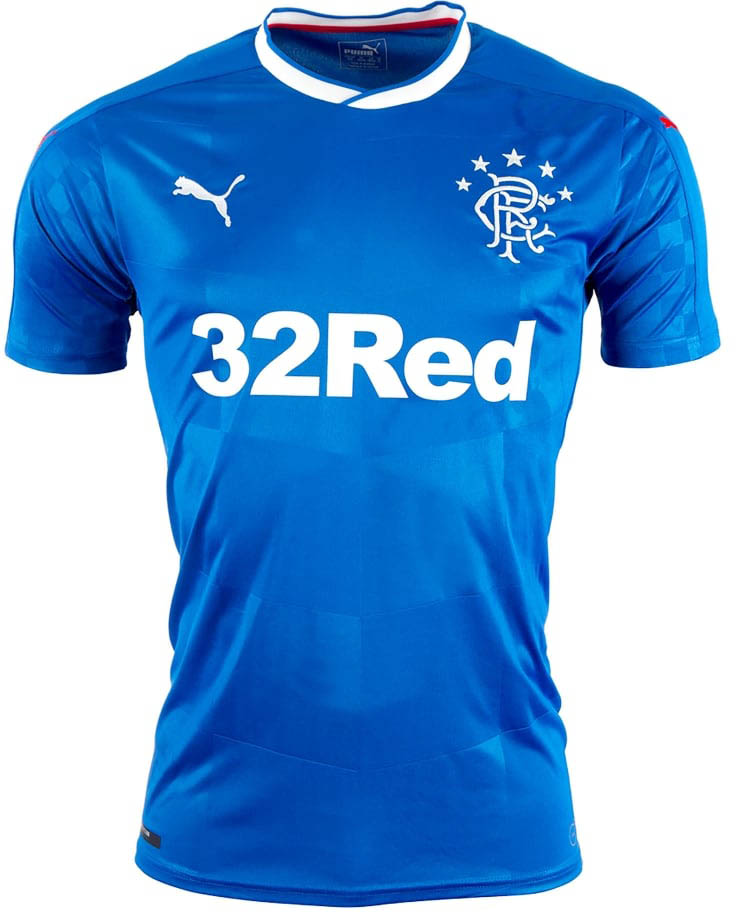 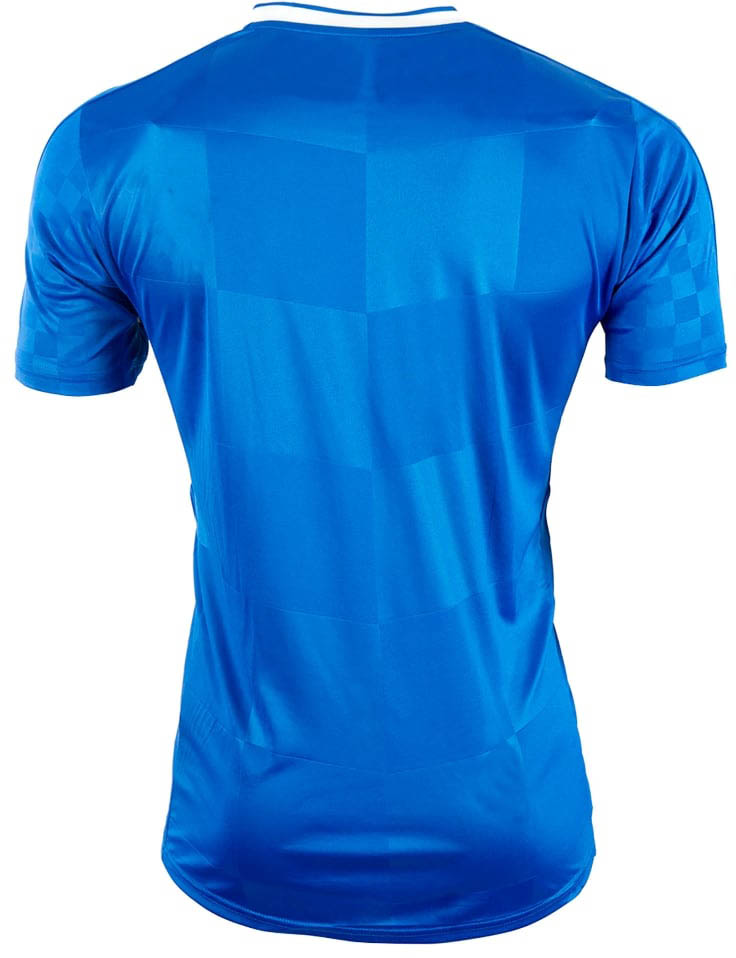 The club’s traditional royal blue is the base colour of the shirt. The body of top features a chevron design across the front in tonal royal blue shades.

The sleeves also feature a tonal pattern. This time with dark and light blue chequers, similar in style to the Croatian national shirt which Niko Krancjar wore with distinction. 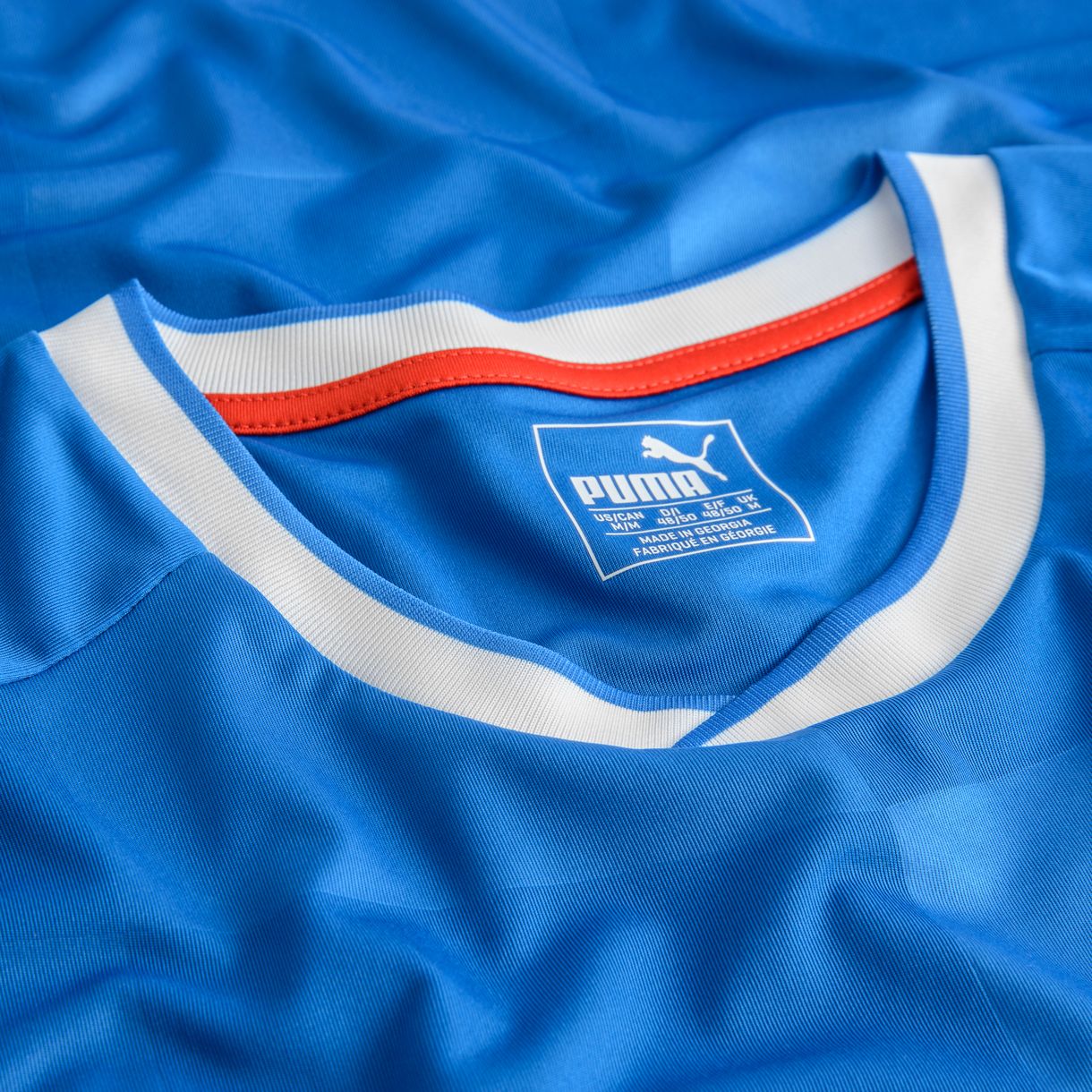 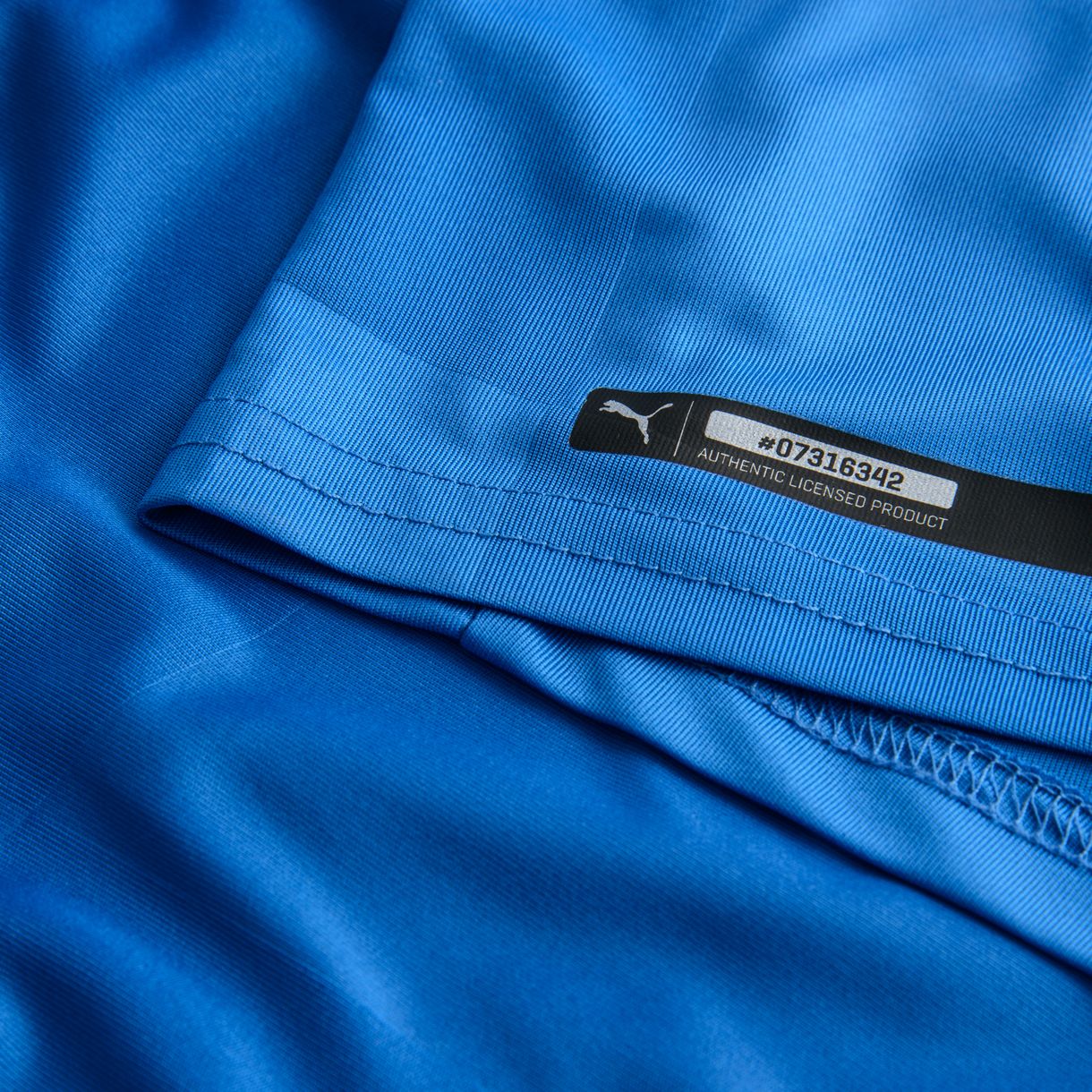 The collar has a retro feel, harking back to the designs popular in the late 1980s and early 90s. It is white with a thin blue band round the top. Inside the back collar line is a lower band of red. 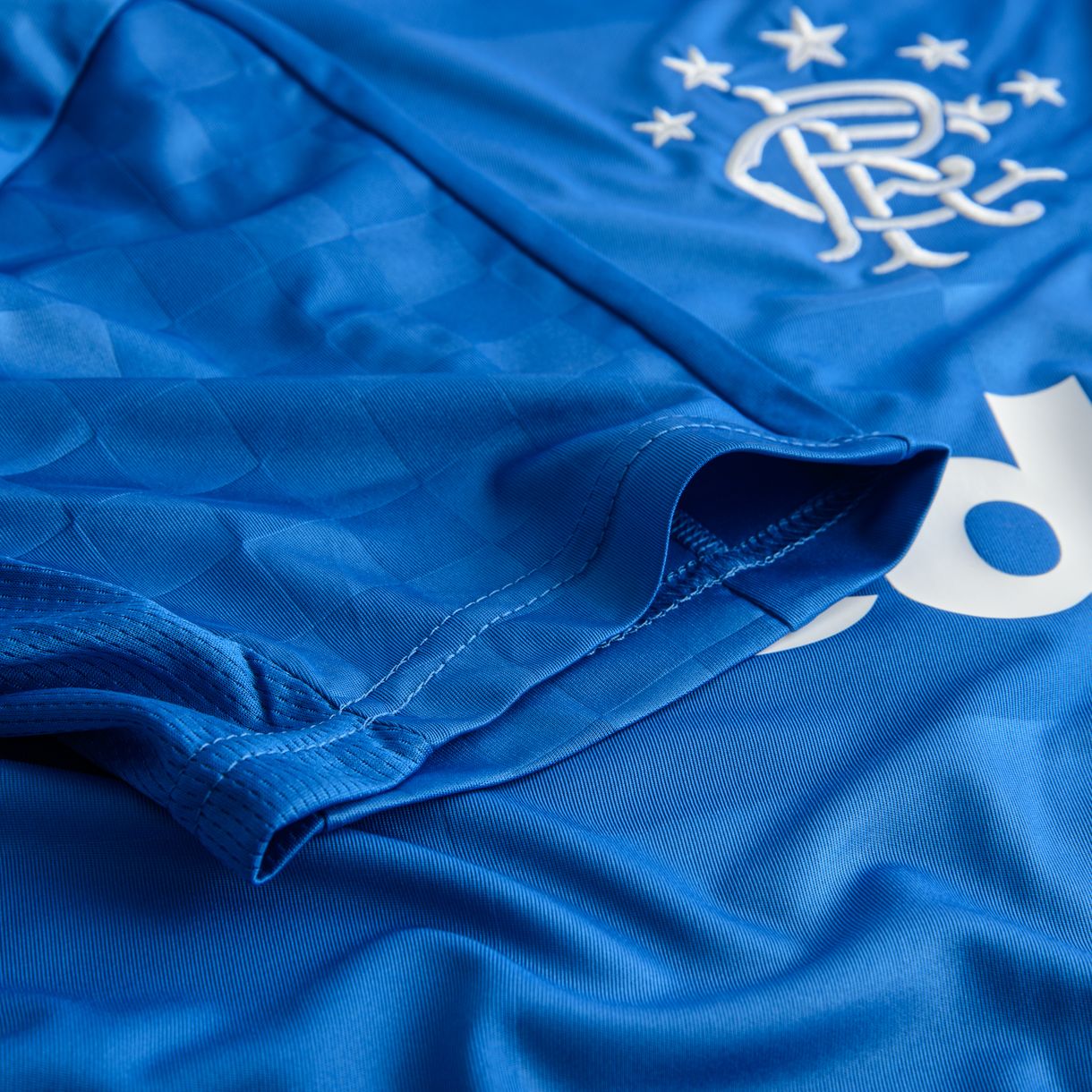 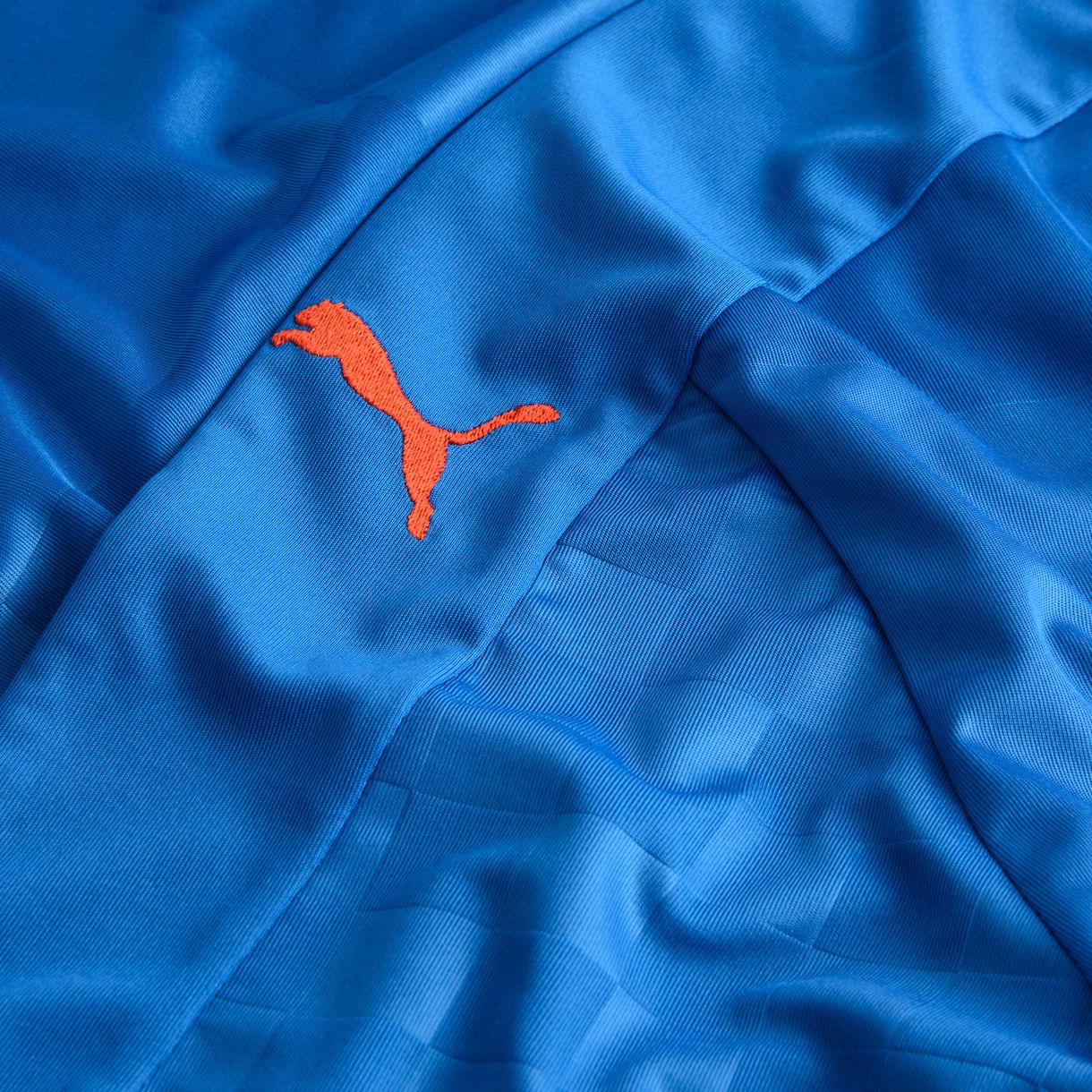 The shorts are white with black socks, featuring a red turnover, completing the kit. 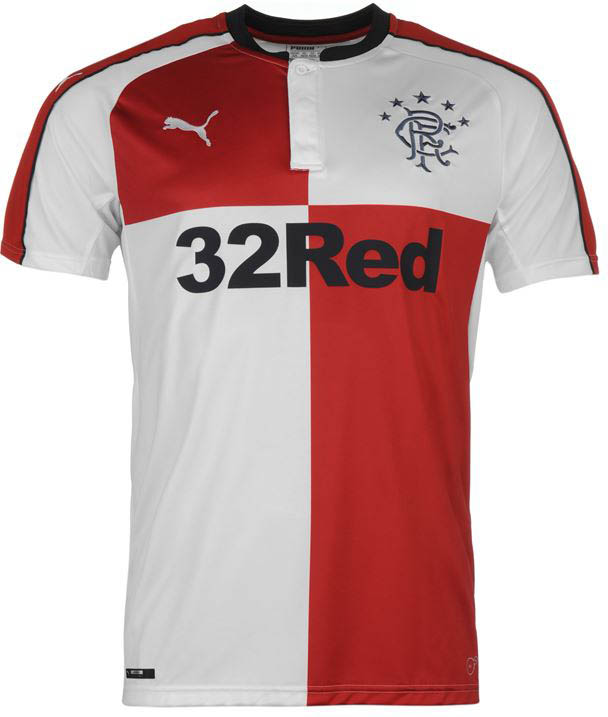 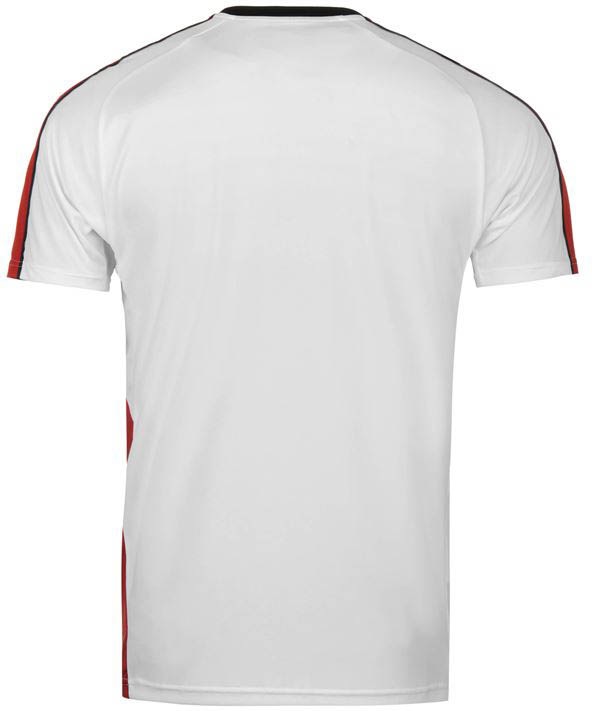 The red and white quartered front is matched by an all-white back. The Henley style collar is black with white chestline. 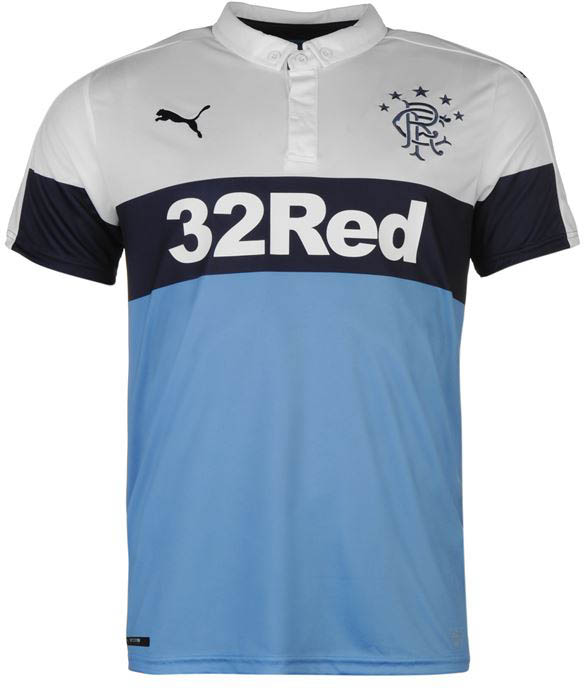 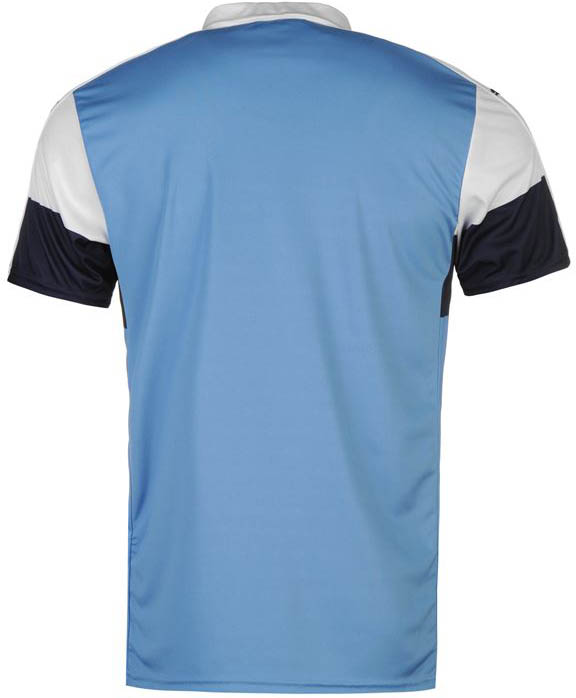 Firmly aimed at the casual market, this top would, were it not for the acrimony, be a top seller. The white chest and collar is separated from the sky blue bottom half by a thick black chest band. The black continues across the sleeves, interrupted by a white shoulder and sleeve stripe.

With Rangers returning to their traditional home in the top flight of Scottish football, Puma has come up with a kit to match the occasion. A bit of fire may just ignite a title race that has become something of a procession for city rivals, Celtic. It seems, however, that the club’s ire and fire is being saved for Puma and Mike Ashley’s emporium.