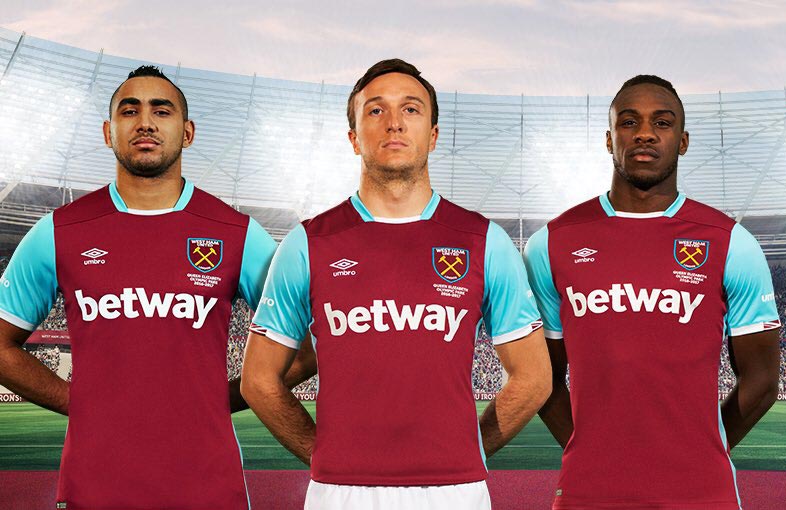 The kit features their new badge and ahead of the first match at the Olympic Stadium, the Hammers are now ready to take centre stage. 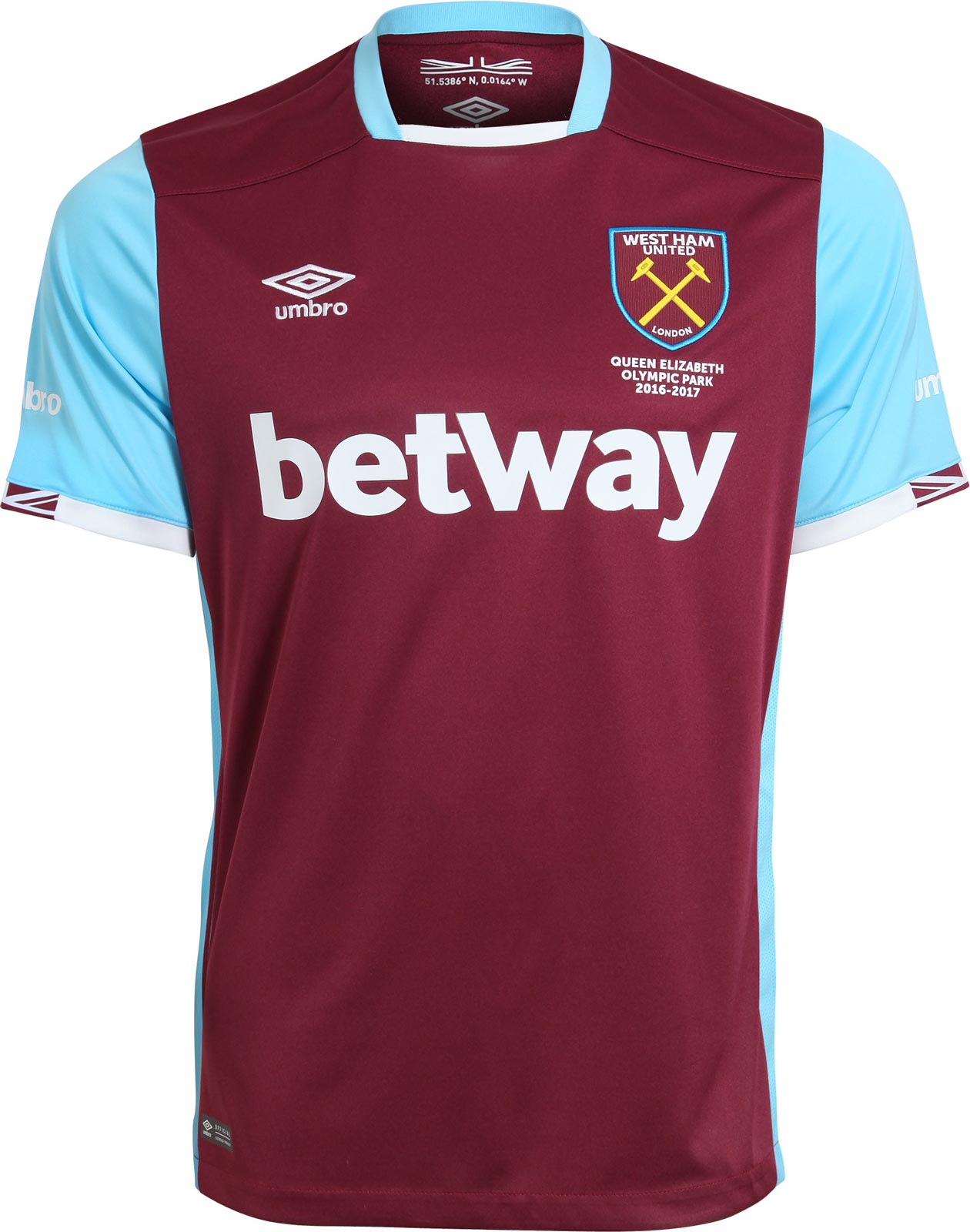 On the inside of the back of the shirt are the co-ordinates of the Olympic Stadium with complaints that the club are forgetting their roots and should have used those of Upton Park instead.

The shirt is sponsored by Betway with their logo featuring in white font across the midriff.

Recently unveiled, the club’s new badge celebrating the move to a new ground sits on the left breast.

With the new global broadcasting power of the Premier League, the club has mentioned that West Ham United are based in London. It reminds ‘football tourists’ that there are more clubs than just Arsenal and Chelsea in the capital.

Underneath, commemorating their inaugural season in Stratford is the motif, “Queen Elizabeth Olympic Park 2016-17”.

The cuffs on the sleeves are white with a claret Union Jack pattern woven into the fabric whilst kit manufacturer Umbro has printed a prominent logo on the sky blue sleeve.

The remainder of the kit will be faithful to the traditions of white shorts and socks. 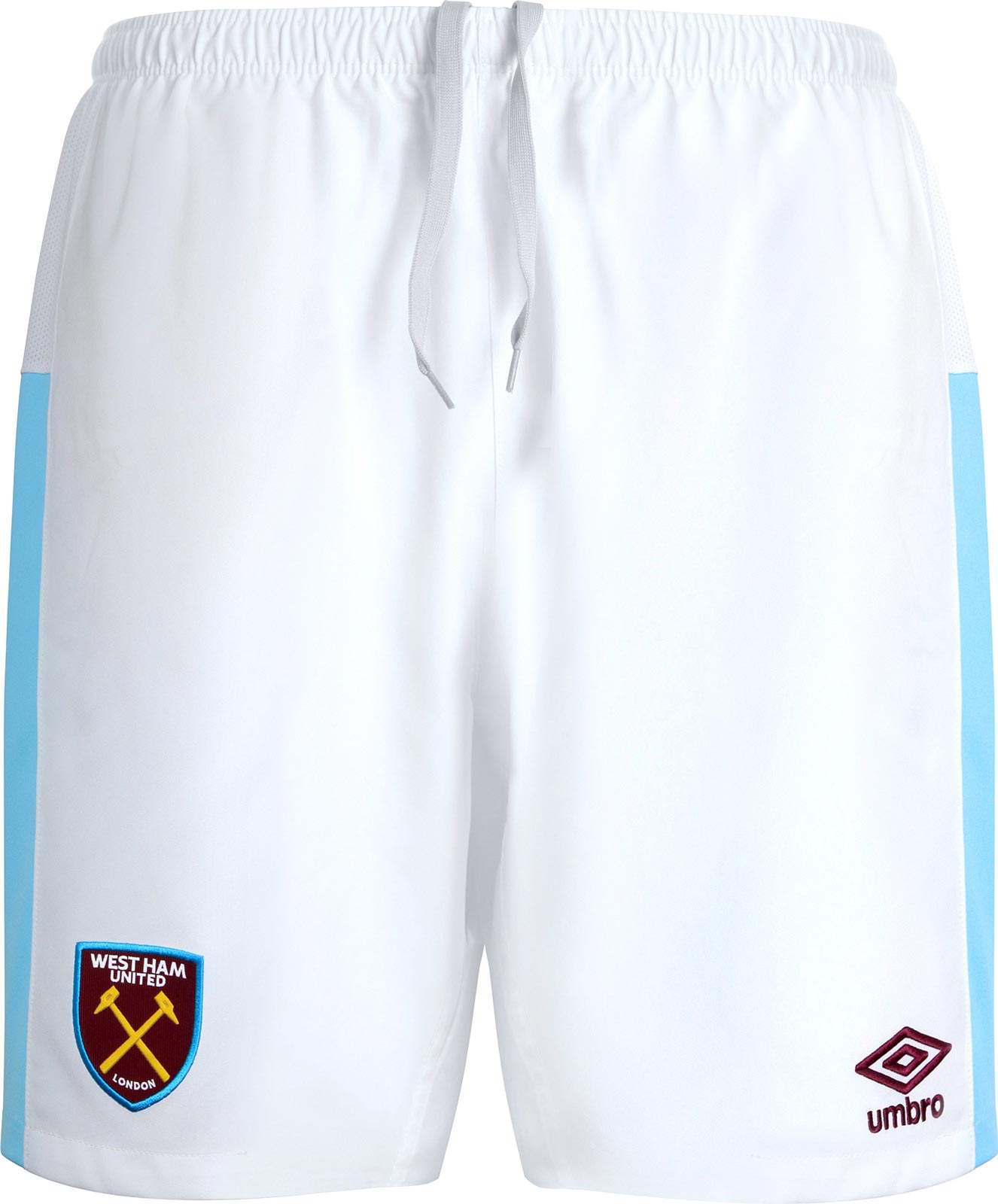