Lazio reached the TIM Cup final by beating Roma 4 – 3 on aggregate in the semi-final. The reward for that victory is a meeting with champions-elect and Champions League finalists, Juventus. `

The final of the Coppa Italia, sponsored by TIM, was due to take place on 2nd June. However, if, as expected, they beat Monaco in the second leg of the Champions League at Juventus Stadium, the match will be re-arranged.

The Roman side will have home advantage when the match takes place. Juventus will travel to the Stadio Olimpico in the Italian capital, ready to complete the domestic double at the very least.

Juve will be crowned champions if they avoid defeat in the same stadium next weekend against Roma, and Napoli don’t win at Juve’s neighbours, Torino.

This is the away kit, duly updated, Lazio will wear during the 2017 TIM Cup final: 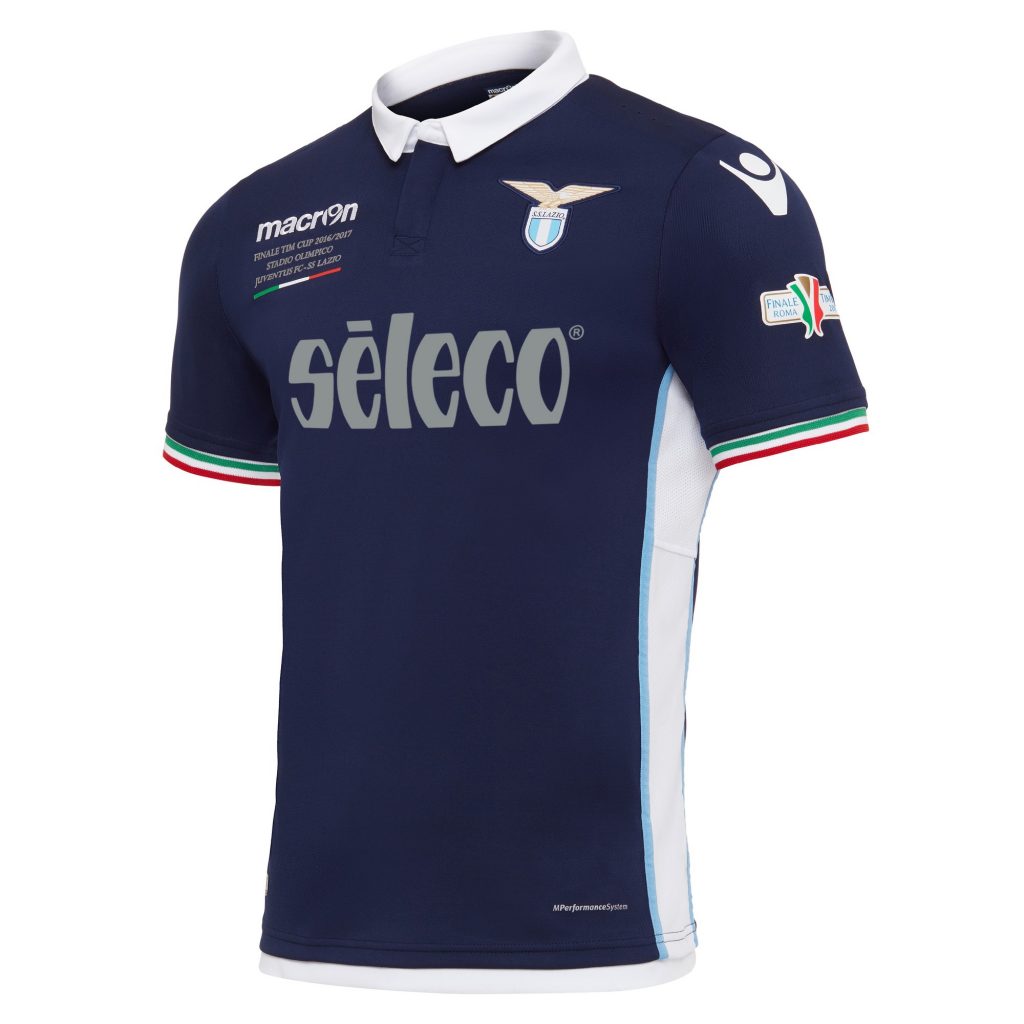 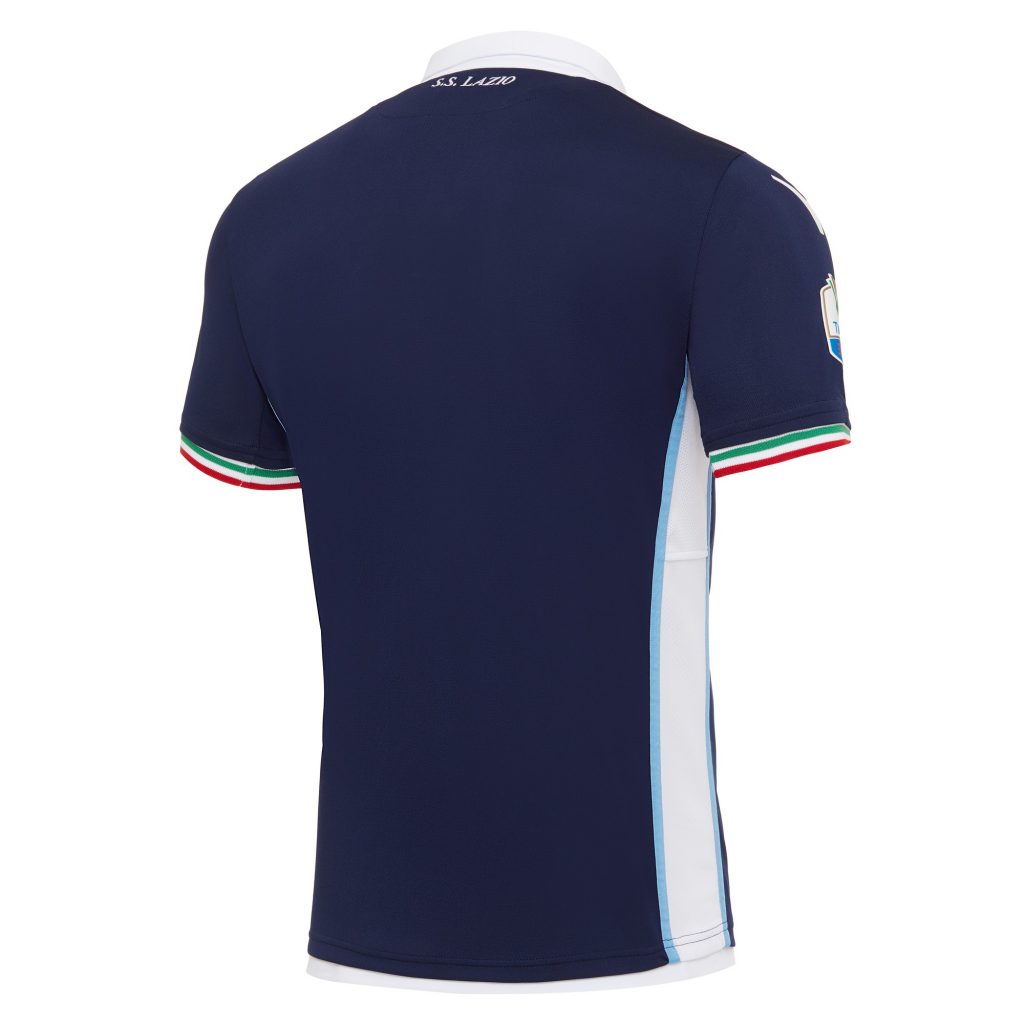 The shirt is navy blue with light blue and white trim.

A white collar with a round band, is completed with blue buttons, which when done up, give the impression of a round-necked finish.

On the right shoulder are the manufacturer’s logo, as well as the details of fixture. Opposite is the club crest, with the sponsor logo on the chest. 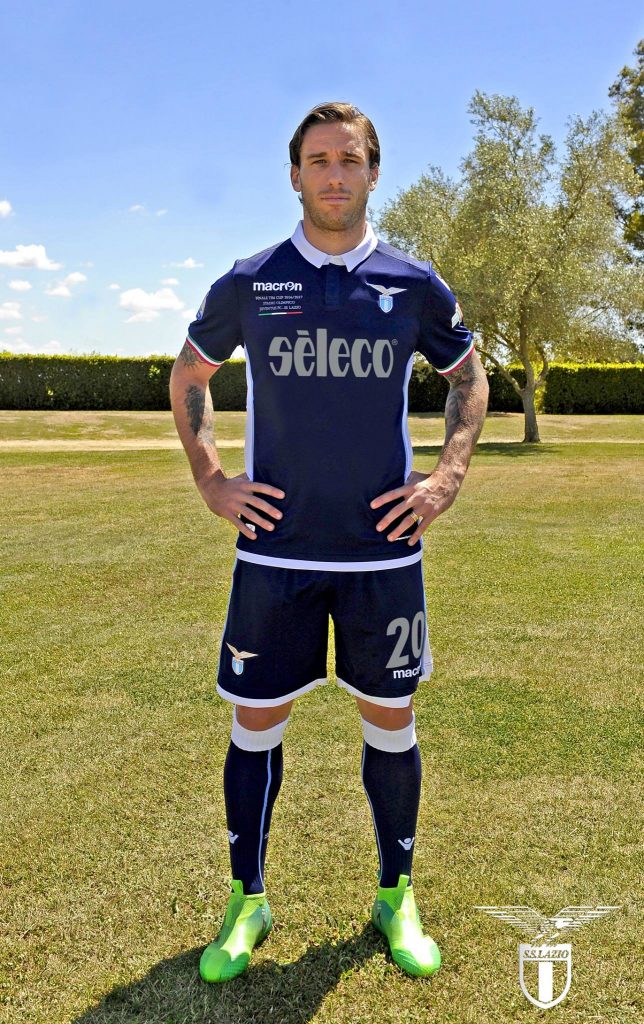 On the side of the shirt are a light blue and white panel, with a white hem finishing the patterning.

The shorts follow a similar pattern, as do the socks.