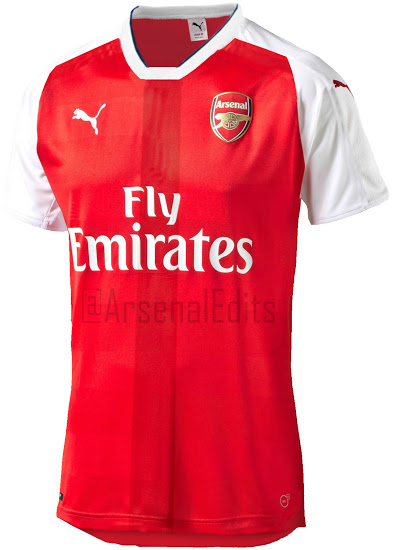 PUMA will produce Arsenal’s 16/17 kits as their partnership with the London club goes into its third season.

The first picture of the full home shirt was released by ‘Memz Dogi’ who brands himself as “The Edward Snowden of the Emirates” – read into that what you will!

The new 16/17 Arsenal home kit by PUMA is, of course, red and white in the classic style Arsenal fans are used to. There’s a subtle red stripe down the front of the jersey which is a throwback to some 90s designs.

It’s simple and sleek with the familiar Fly Emirates sponsor on the front of the jersey. The jersey will be accompanied by white shorts and red & white striped socks.

This photo shows the kits on sale in Sydney recently. Overall, they are similar to earlier leaked images with only slight differences, such as the navy trim on the sleeve and a more defined collar. 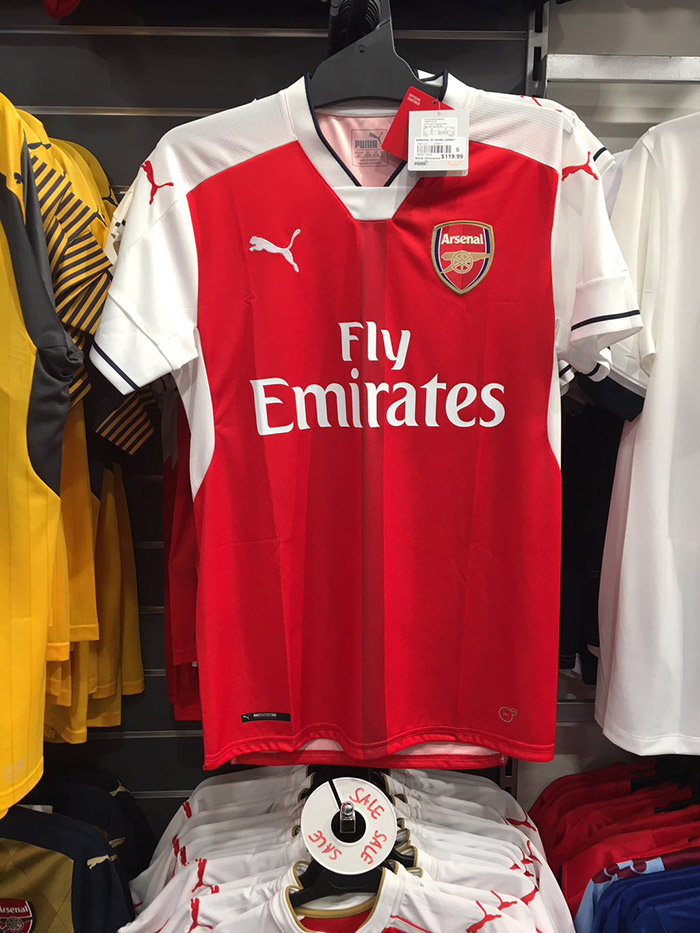 The new Arsenal away kit will get nostalgia going for many fans of the London club as PUMA does its take of the greatly popular 05/06 yellow Arsenal away shirt. Although some may remember the kit used in the lost Champions League final in 06, this yellow redesign will have many fans excited that look back fondly at the club’s good times in the noughties. 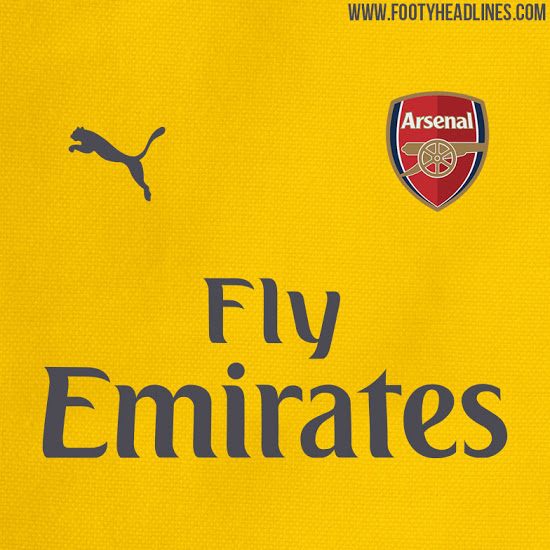 This kit is set to be launched during or just after the European Championship and the yellow jersey will be accompanied by grey shorts and yellow socks.

Arsenal fans will be queuing up for this one!

Also on sale in Sydney, this might be the Arsenal 2016/17 away kit. The yellow and blue colours are much-loved by Arsenal supporters and reminiscent of the shirt worn at the 1979 FA Cup final, it is sure to be well-received. 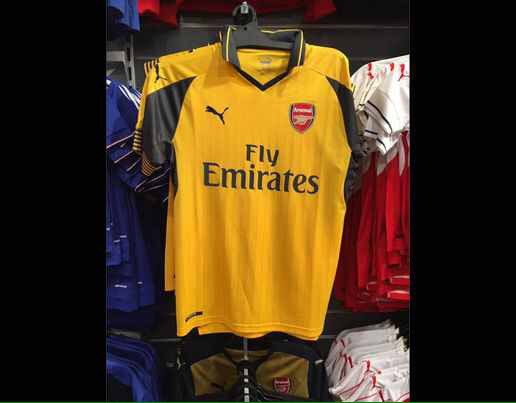 Arsenal’s third kit will be predominantly dark navy although it is being billed officially as “peacock” with touches of fluorescent yellow. This colour scheme and design compliments the new home and away Arsenal kits very well. The shorts will take the same colour as the shirt, rounding it off with yellow socks.

We have yet to get images of the third kit but different colour socks are in keeping what PUMA have been doing so far. 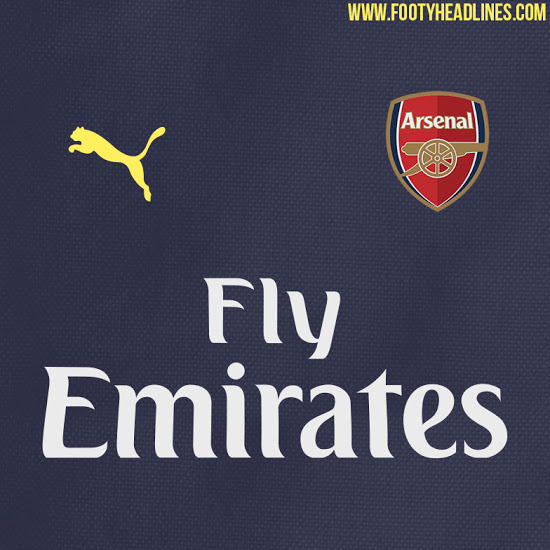