With their new away kit expected to land in the next few weeks, images of Arsenal‘s third kit for the coming 2016/17 season have leaked onto the web.

In the second year of their Puma contract, the Gunners have opted for a yellow away shirt with the third kit being all-blue.

These are the leaked images of the Arsenal third kit. 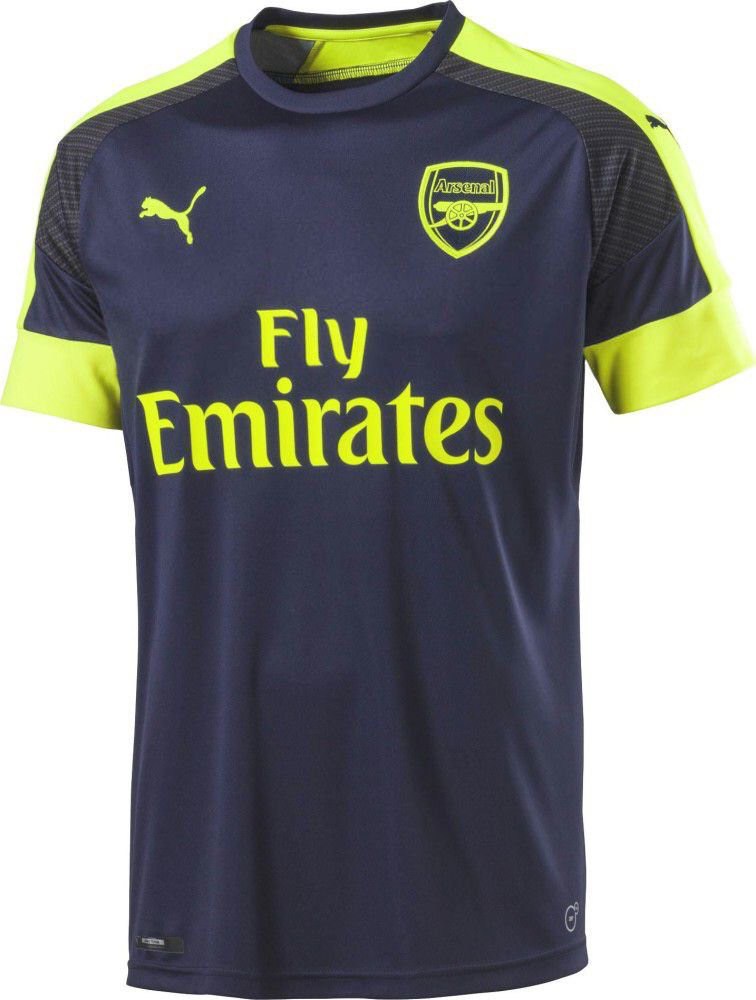 It’s an all-blue design for the Gunners. Puma’s design team has dropped the angular bands of last season and opted for a clean dark blue shirt. The trim is in yellow with thick shoulder stripes, hosting the Puma motif, leading from the blue crew-neck collar to thick yellow cuffs.

It’s very much a retro design from the kit manufacturer, reminiscent of their t-shirts of the 1970s and 1980s. Devoid of stripes, tonal sashes or any other adornments, the shirt has a timeless quality and is sure to be popular with supporters.

The shorts follow the same template of dark blue with yellow trim. Again, Puma has opted for a thick single stripe down the side of each leg of the shorts, with their own logo and the Arsenal club crest in yellow print. 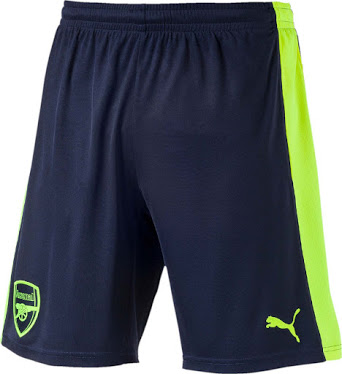 To contrast with the shorts and shirts, the socks are yellow. The club name is on the reverse, at the bottom of the calf whilst Puma’s logo is on the front. A thin blue band at the top of the turnover is the only other trim on the socks.

It’s a straightforward kit design and shorn of distractions, one which is aesthetically pleasing. In an age where meddling with kits – especially the rarely seen third ones – is a recurring theme, Puma and Arsenal are to be congratulated on an excellent template, which hopefully others are going to follow.