The 2016-17 home and away kits of Portuguese giants, FC Porto, have leaked. Manufactured by New Balance for the third season, the familiar blue and white of the home shirt remains whilst on their travels, Porto will sport an all-black kit. 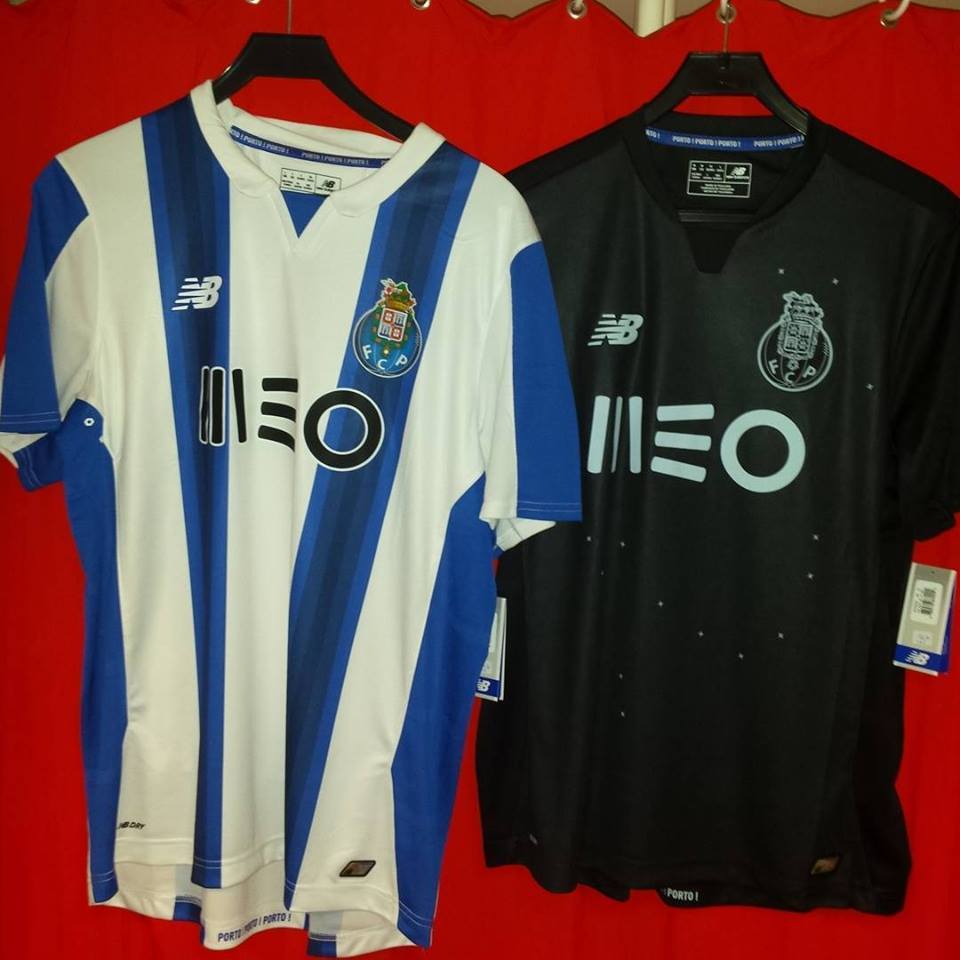 Introduced by Monteiro da Costa in 1909, the FC Porto home shirt remains a variation on blue-and-white stripes. This time, New Balance have added a twist to the two blue stripes either side of the white collar. These contain three darker blue gradiented vertical bands, giving a darker appearance to the front of the shirt.

The white stripes are clean with the side panel and shirt sleeve blue stripes also without pattern.

The collar is predominantly white, finishing at the front with a royal blue filled v-shape.

Whilst the home kit follows a safe template, New Balance have been more adventurous with the Porto away shirt. The dark grey body mixes with solid black trim. 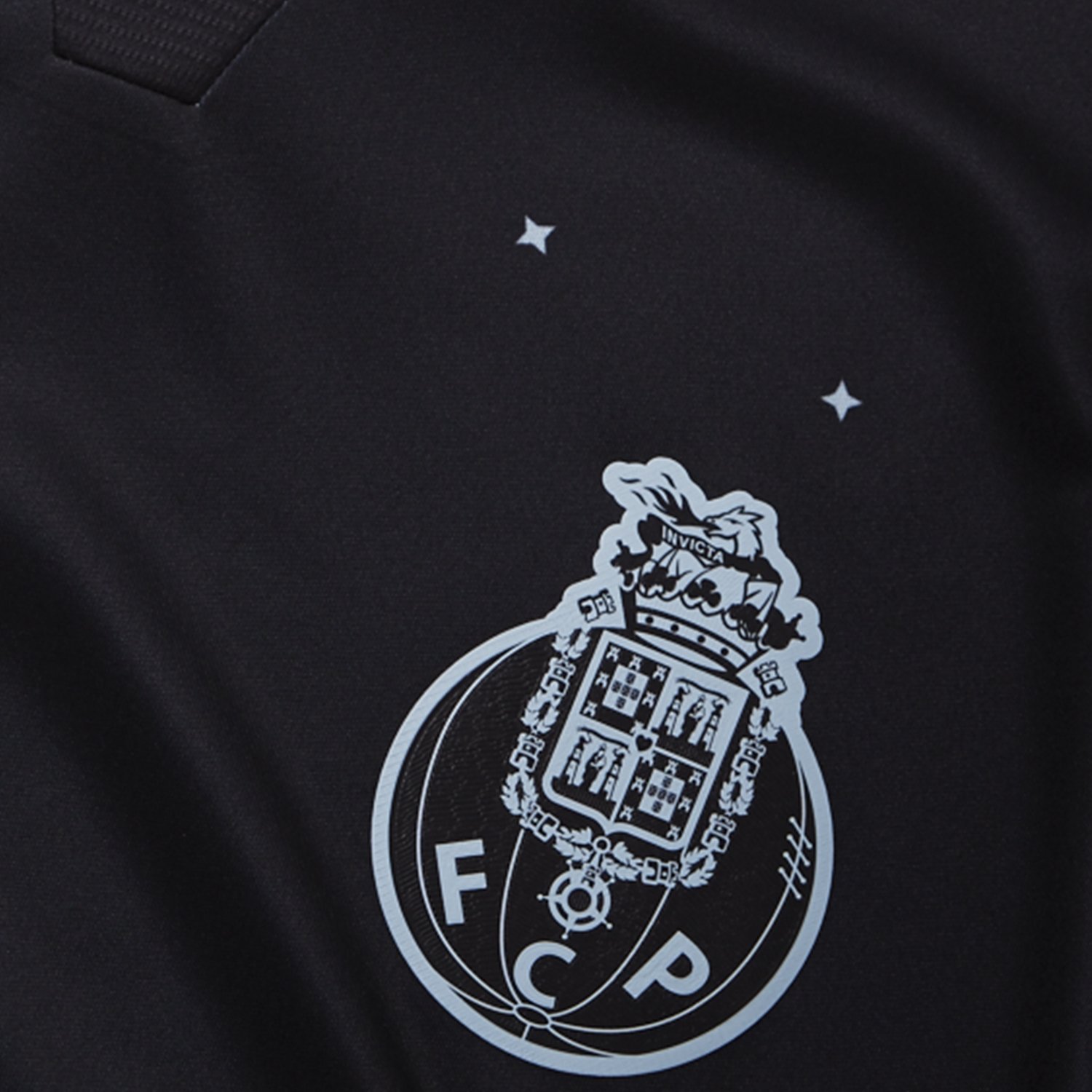 Across the body of the shirt features a series of stars with the pattern depicting the Dragon Constellation – Constelação do Dragão – referencing the club’s nickname and dragon which sits atop the club’s crest, as well as the ground. The mythical beasts provide a focal point of the imagery surrounding the club, with their strength invoking fear into opponents.

It’s an interesting concept that Porto and New Balance are pushing forward, tying in with the club’s football schools known as the Dragon Force.

Certainly, it raises the bar in kit design and if titles were decided by that method rather than on the pitch, the Primera Liga may be heading to Porto unless Sporting or Benfica can produce something spectacular when they unveil their kits.