We FINALLY get a new Brasil kit since the 2014 World cup!

The leaked shirt comes as Nike prepare to release the new jersey for the Copa America this summer in the United States.

Originally Nike were going to release a shirt last year but because sales of the World Cup jersey were so dissapointing they decided to scrap the new design which ended up good for the Brasil womens team who wore the new design in their games. 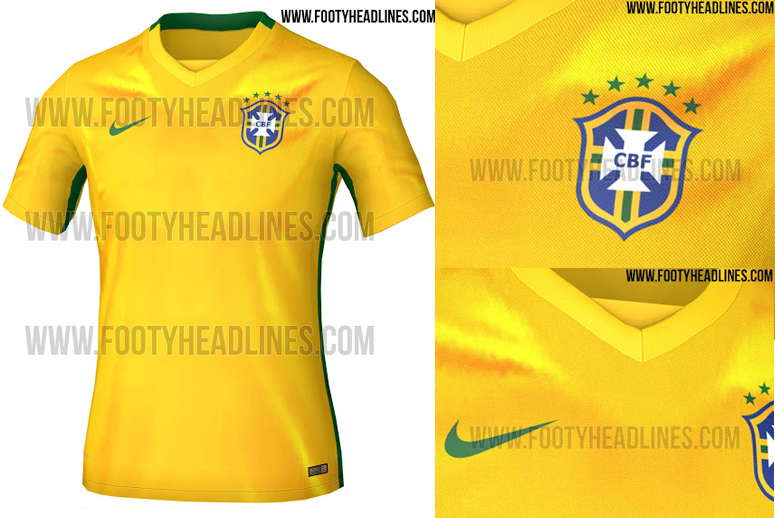 The new Brasil shirt is set to debut in a World Cup 2018 qualifier against Uruguay on the 25th March.

The shirt colour is officially known as ‘Varsity Maize’ and for those who have no idea what that means, it’s yellow!! With pine green on the periphery of the jersey.

This is classic Brasil, they have even brought back the Brasil tag at the back of the shirt which was dropped from the World Cup version of the shirt.

One thing that might received mixed reviews is the team are set to wear yellow shorts at the Copa America instead of the classic blue to avoid kit clashes. Whether they bring this out with the actual kit or sell the more traditional blue shorts remains to be seen.

Is it reallly Brasil without the blue shorts?