The new USA home shirt has been leaked ahead of its release later this month.

The United States new Copa America Kit goes back to basics with design and logo. It almost has a classic look to it but still has a contemporary feel.

The predominantly white USA shirt has blue patterned sleeves with red running through the collar. The new design of the Nike kit looks to be influenced by Nikes 15/16 template seen in the PSG third kit this season. 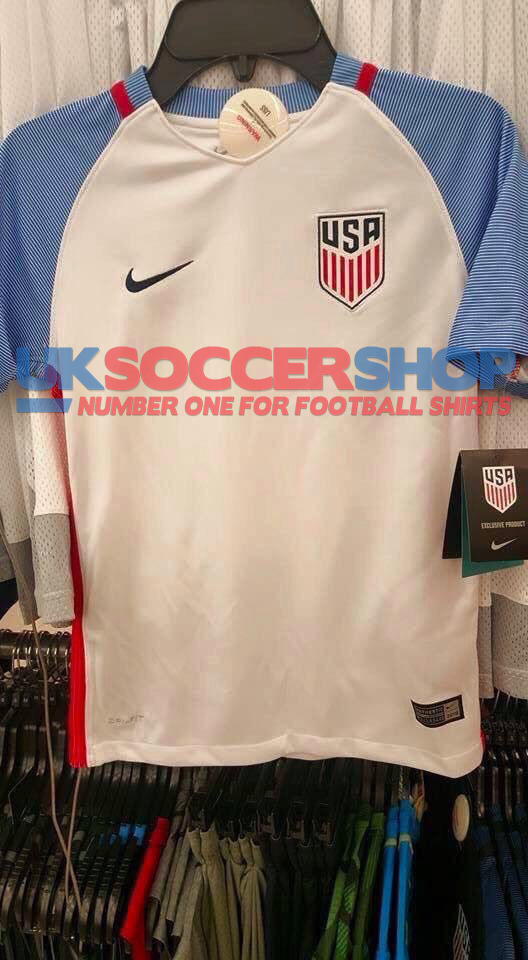 This will be the first United States jersey with the new federation logo that was unveiled in February this year. The logo itself has had a mixed reception but the rebrand freshens up USA soccer.

After some people weren’t over-enamoured with the colour scheme of the away kit which is mostly black, the diehard soccer fans will be happy to see the USA in the star spangled colours.

It’s expected this shirt will be accompanied by white shorts and socks to complete the ensemble. It is sure to be a winner when Jozy Altidore and co take to the field this summer as the USA host the 2016 Copa America.

What do you think of the new shirt?