Real Madrid will officially launch their 2016-17 on Thursday 14th July despite the recently leaked photos of their home and away kit. We can add the home goalkeeper’s kit to that list with these photos.

The Spanish giants are otherwise occupied. Locked into a battle for Paul Pogba’s signature with Manchester United, they would love nothing more than to announce the French midfielder‘s arrival in the Spanish capital on that day.

This is the kit the Real Madrid goalkeeper will wear during the 2016/17 season for home games. 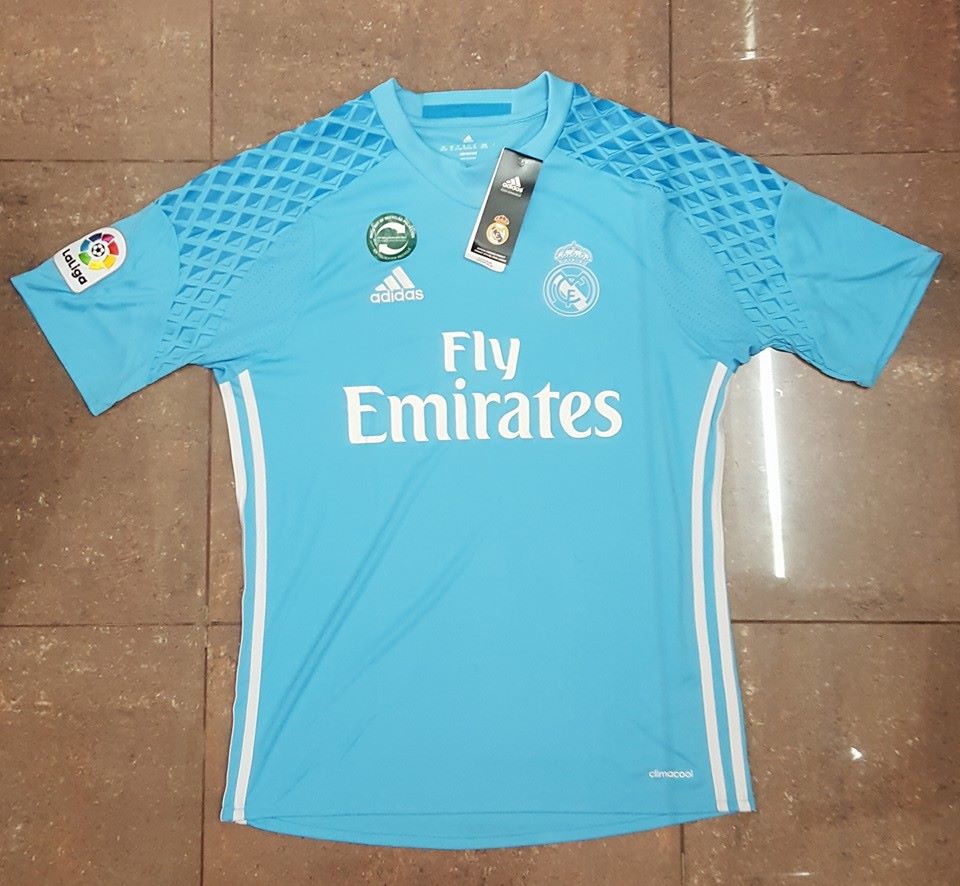 The Madrid goalkeepers will be wearing an all-aqua kit. Adidas’ kit are becoming instantly recognisable with the diamond pattern across the shoulders, starting at the top as a darker hue before fading into the main body of the shirt.

The shirt features a crew neck collar with an aqua band as a neckline. Adidas has placed their trademark Three Stripes down either side of the shirt body. 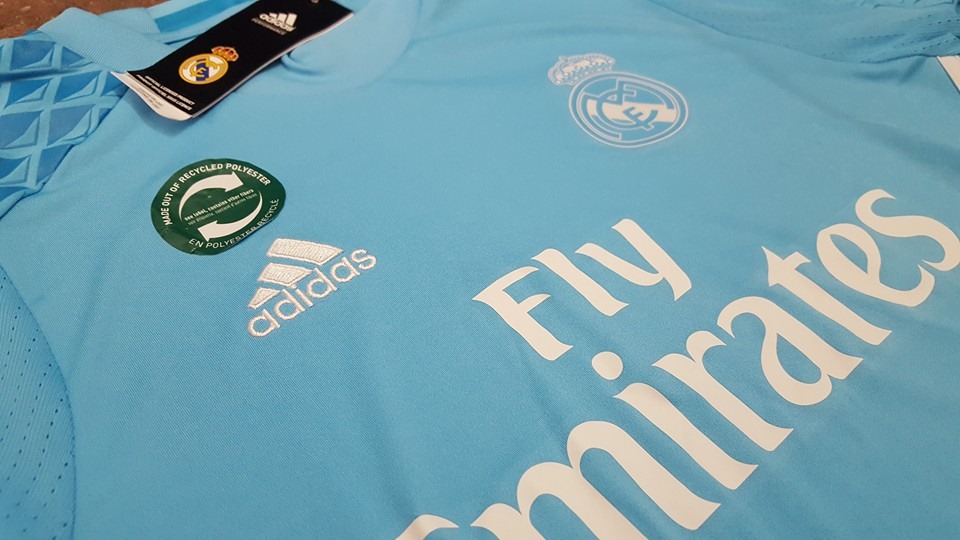 In white font, the logos of the kit maker and primary shirt sponsor, Emirates Airlines, sit prominently on the chest. Opposite Adidas’ insignia on the left breast sits the club crest, also in white. On the inside of the back collar, the motif, “REAL MADRID” sits in alternating light and dark aqua.

It’s a striking contrast to the all-white home kit, a difference we will see more clearly toward the end of next week at the official launch.