Adidas are set to release a very classy Real Madrid home jersey in keeping with the club’s rich history. The design itself is very traditional, taking inspiration from Los Blancos first ever kit. The white canvas design has purple iconic Adidas stripes on either side, complimented well with touches of blue on the Adidas logo and a subdued black showcasing the Bernabeu sides sponsor ‘Fly Emirates’.

Adidas have taken a step back from some of the newer colours introduced in previous seasons to give a much more historically significant feel. The last time the purple colour appeared was in the 07/08 season home kit when superstars like Robben, Robinho, Sneijder and van Nistelrooy helped secure the La Liga title for Madrid. Maybe this will prove the catalyst for Real Madrid next season as they look to secure the league crown. 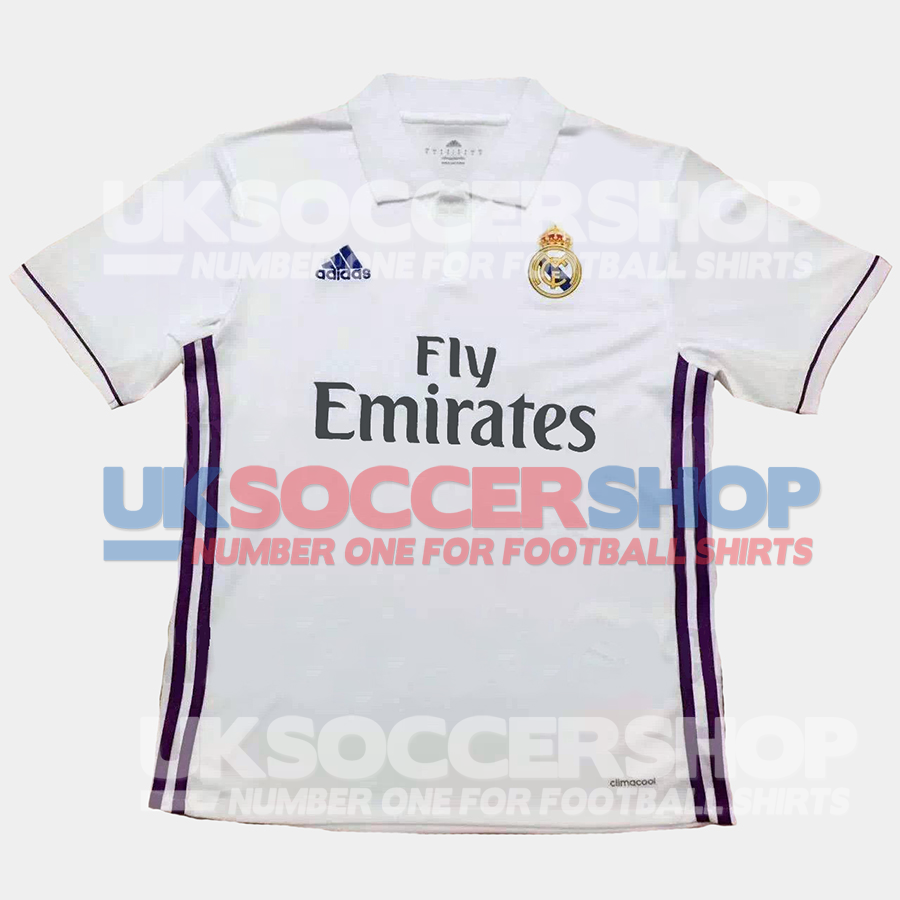 The shirt itself looks clean, sleek and is rounded off well with a classic polo collar. The design has a contemporary feel but keeps well in touch with the tradition of the club. This kit will surely be a winner with fans of the famous club.

Adidas and Real Madrid have formed a formidable partnership and they look set to renew their current deal. Man Utd signed a ten-year £750 million with Adidas just last year and Madrid looks set to sign for the same length of time only with a larger £106 million a season from the worldwide sportswear brand.

That deal would break the world record previously set by the Adidas/United partnership.

What do you think of the new shirt?