West Ham United recently released their 2017-18 away kit, with their home kit soon to follow. Images of the kit they will wear at the Olympic Stadium leaked onto the web, showing a modern design with retro effects.

The colour scheme first appeared on the club’s kits in 1901 but it wasn’t until 1903 when claret became the leading colour with sky blue.

West Ham fans are hoping that the summer sees the club strive to release the potential the move to their new home was supposed to release. Anyone who has seen Torino and England this season, may wonder if chasing Joe Hart will help although Max Kruse seems a typical Hammers player. The German has plenty of talent but lacks consistency.

Whether any of the gossip will materialise is another matter!

This is reportedly the West Ham United home kit for 2017-18: 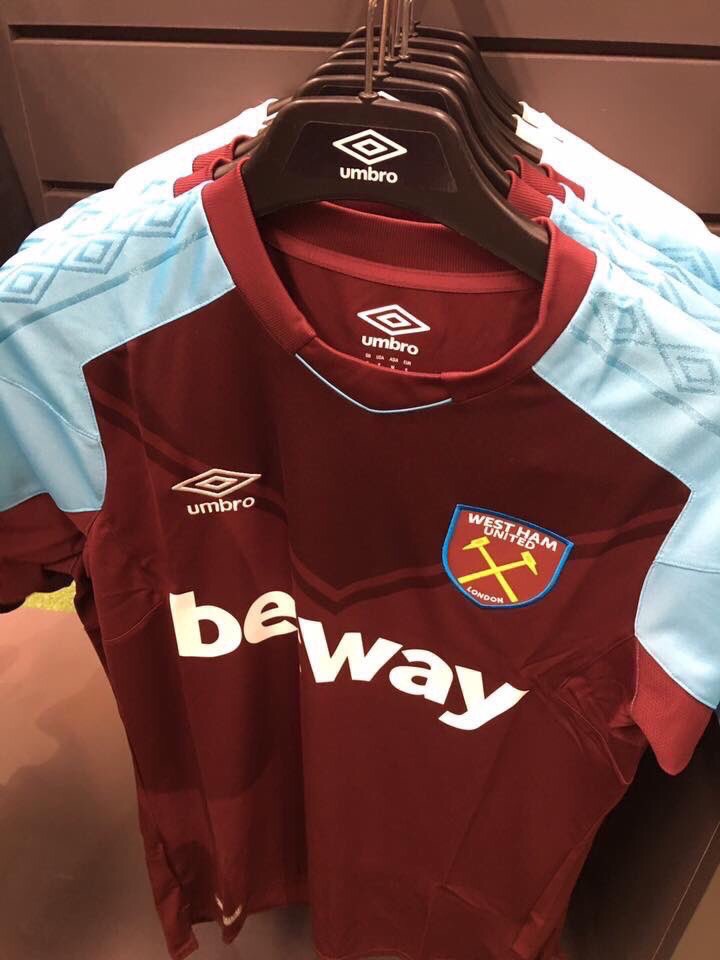 There are plenty of hints of yesteryear. On the claret body, graphic chevrons are a reminder of the kit worn in 1976 European Cup Winners Cup. Meanwhile, the sky blue sleeves feature a tonal print of the Umbro logos on the shoulders as they were in the 1970s.

It’s a shirt design which will surely find favour with the Hammers faithful.