Leeds United have revealed their 2016/17 away shirt. Former Swansea City boss, Garry Monk, was recently appointed manager, charged with returning the club to its former glories. It won’t be easy with pressure sure to come from madcap chairman, Massimo Cellino, quickly grabbing a reputation as a hire-and-fire owner. 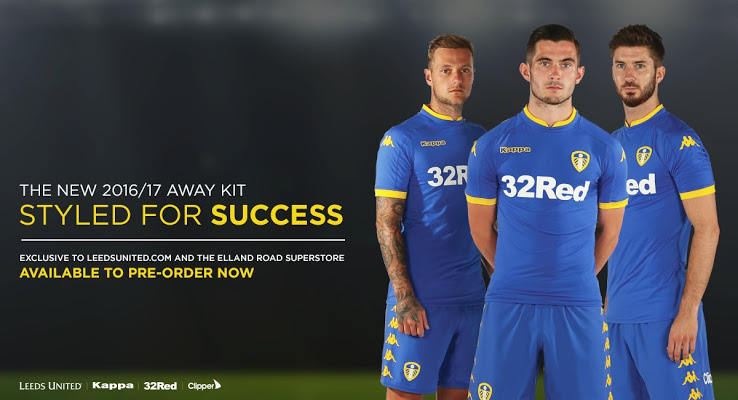 This is the away kit which Leeds United will wear during the 2016/17 season. 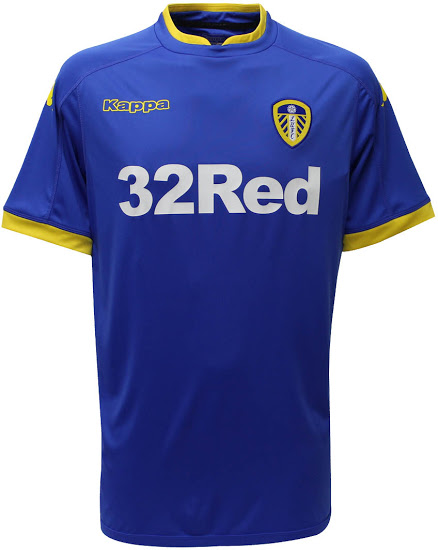 Kappa has delved into the club’s past for inspiration in this design. The royal blue shirt with its yellow collar and cuffs is reminiscent of the home kits the club wore up until 1960. Don Revie’s white shirts, inspired by Real Madrid, have become iconic since its introduction.

The simplicity of the shirt’s template is the key to the classic look. The square collar overarches a crewneck neckline. In the centre at the front, the neckline dips into a vented v-shape.

On the right breast, Kappa has their logo sitting opposite the club’s crest. Primary shirt sponsors, online gaming company 32Red, forms the centrepiece of the shirt with their logo in white. 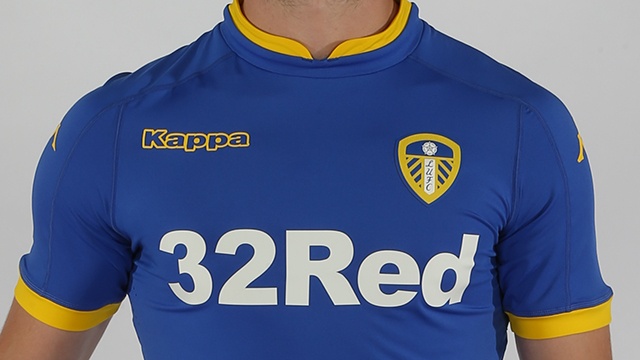 On the reverse, secondary sponsor, Clipper, has their logo toward the bottom of the otherwise blue back. Kappa’s logo is on the shoulders, in gold as are the club badge and maker’s mark on the front. On the back of the neck, under the collar, the club’s initials, LUFC, are embroidered in their unique font. 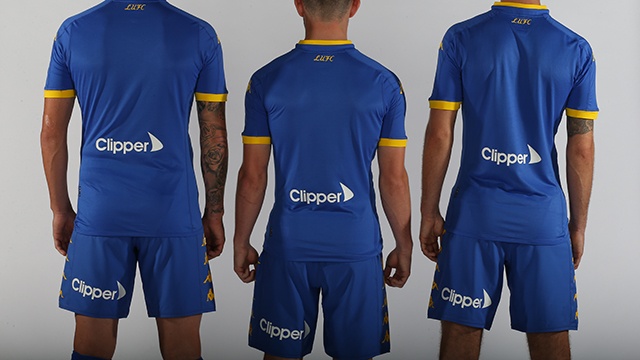 Unusually, Clipper also have their logo on the back of the left leg of the shorts. Kappa’s motif form a yellow stripe down the outside of each leg. On the front, Kappa and the club’s badge sit on each leg. The socks are all-blue, save for a yellow band halfway down the shin housing the initials, LUFC. 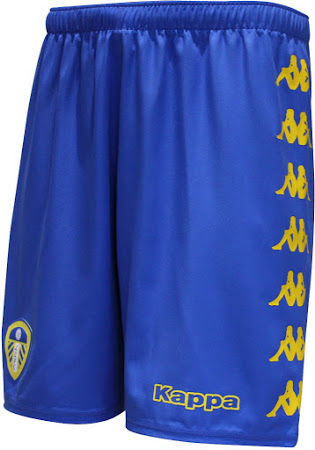 The retro-style is straightforward and without the plethora of logos, might be considered a classy look. Are Leeds, as they approach their centenary season in 2018/19, posting the way forward with their unusual sponsor placements?