Premier League champions Leicester City, have unveiled their new 2016/17 away kit. Puma has dropped last season’s black colour and come in with a daring red as The Foxes launch their title defence. 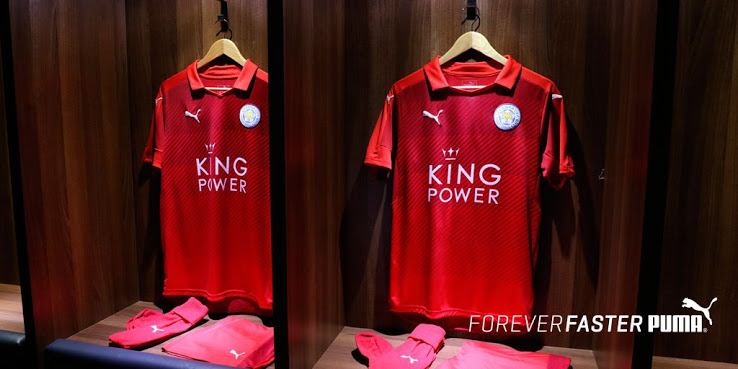 This is the away kit which Leicester City will wear for their away games in the 2016/17 season. 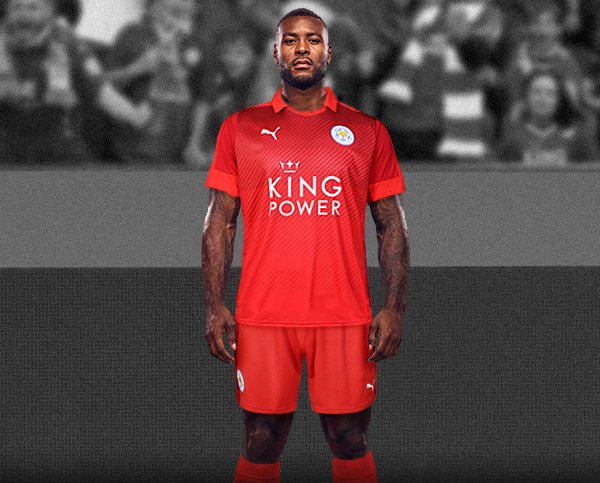 The kit was enthusiastically welcomed by captain, Wes Morgan,

The kit looks fantastic – it’s a great design that I’m sure the fans will love. When you’re on the way to an away game and you see the fans out in force, decked out in their colours, it’s a brilliant feeling. It always feels like we’re in it together.

The shirt features the ‘Glory’ design from Puma, darker red at the top fading into lighter toward the bottom. Diagonal stripes from the left shoulder to the right are in a tonal red.

Sponsor, King Power, has their logo in white across the chest, sitting below Puma’s logo on the right breast and Leicester City’s club crest on the left.

On each of the sleeves is a solid red panel leading from the full collar, which features a rounded neckline. The cuffs on each sleeve are a lighter red contrasting with the top half of the shirt.

The kit is finished with red shorts and socks.

Is this a hit or are The Foxes trying to prove that they are the Premier League’s big cheeses? Red Leicester, whatever next…