Lille LOSC, fresh from hosting one of Euro 2016 classic matches at their stadium, have set about preparing for the 2016-17 season with the release of their full kit range.

Manufactured by New Balance, the Lille contract is their first in French football and the American company is determined to add more clubs to its roster. 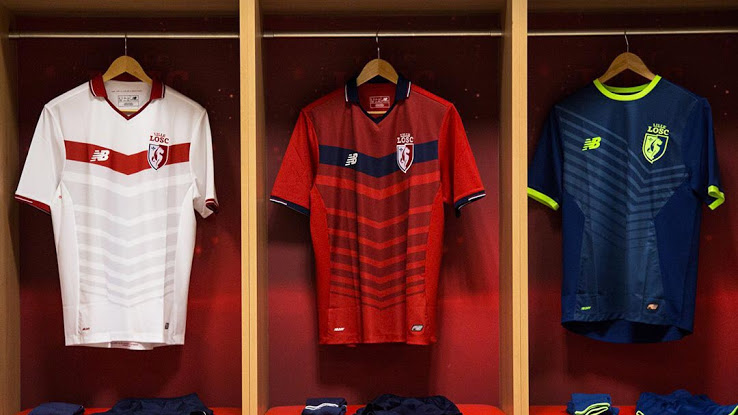 This is the New Balance home kit which Lille will wear during the 2016/17 season. 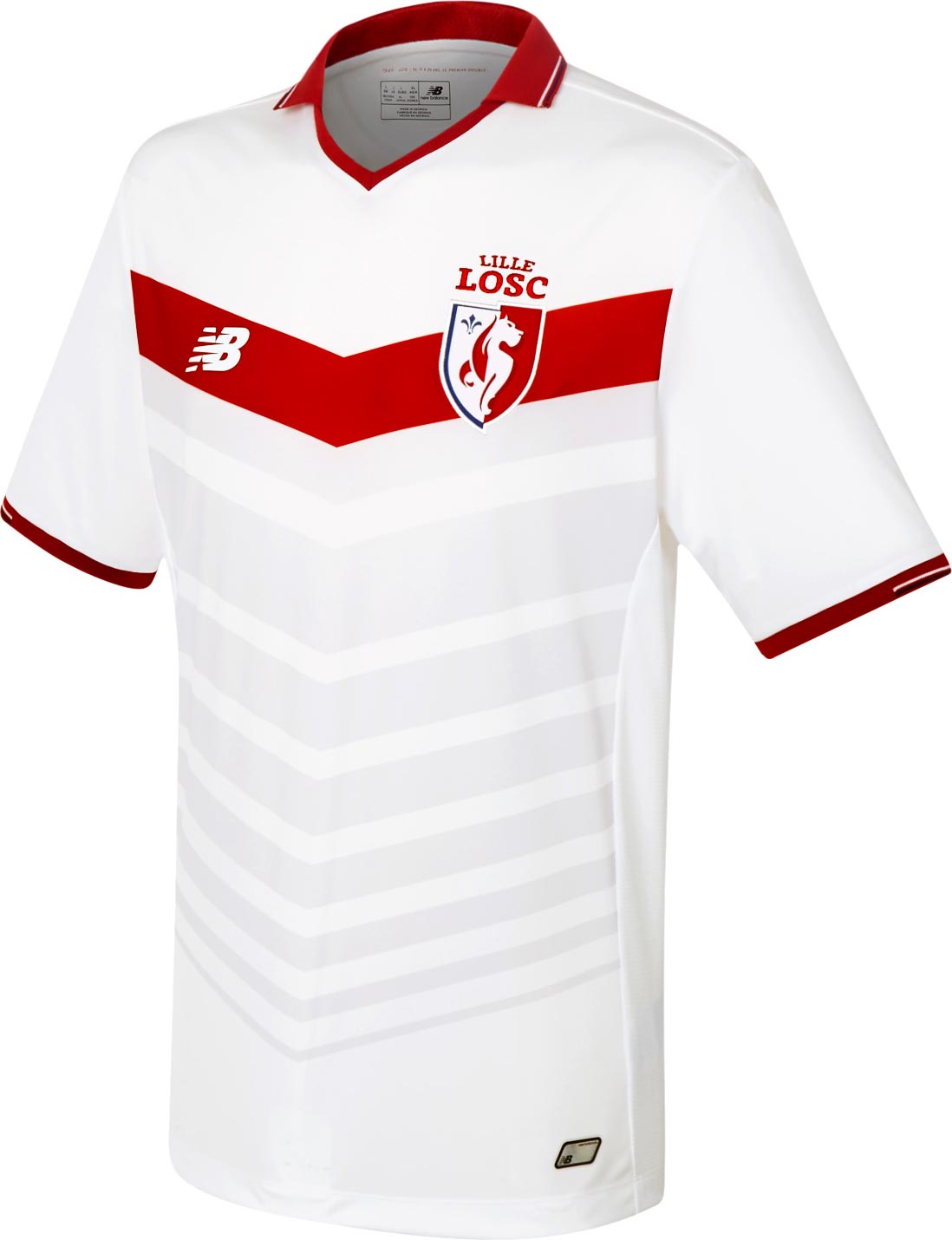 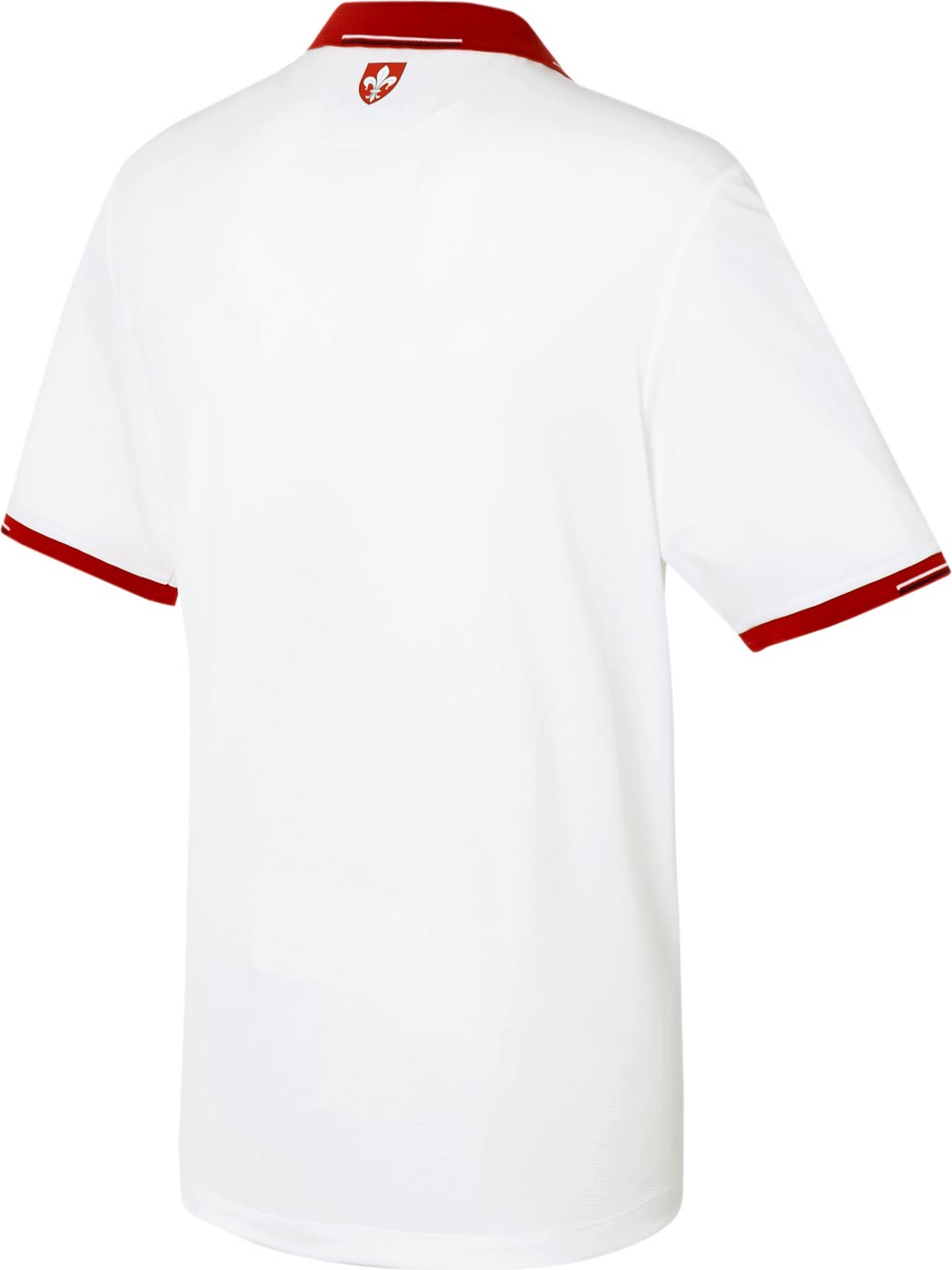 The club, formed in 1944, wore white shirts in its formative years before adopting the more familiar red home kit we’ve become accustomed to. New Balance has produced a retro 1980s collar in red with white trim. Across the chest is a thick red chevron which sits above a series of white mesh chevrons down the front of the body.

The reverse of the shirt is clean save for the city’s coat of arms which rests below the neckline in the centre of the shoulders.

The sleeves are finished with red cuffs. Shorts and socks are both dark blue, kept to a simple design. 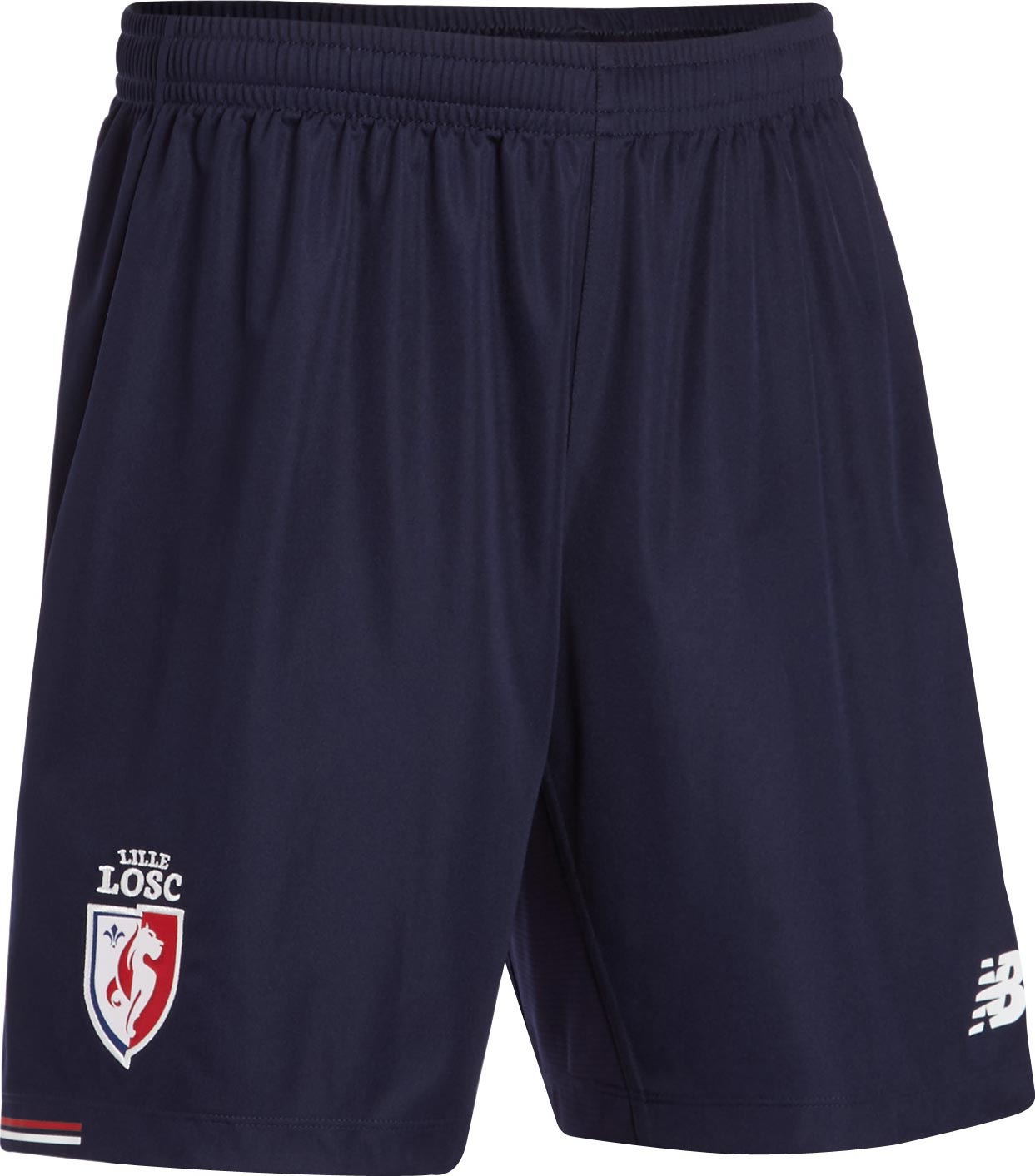 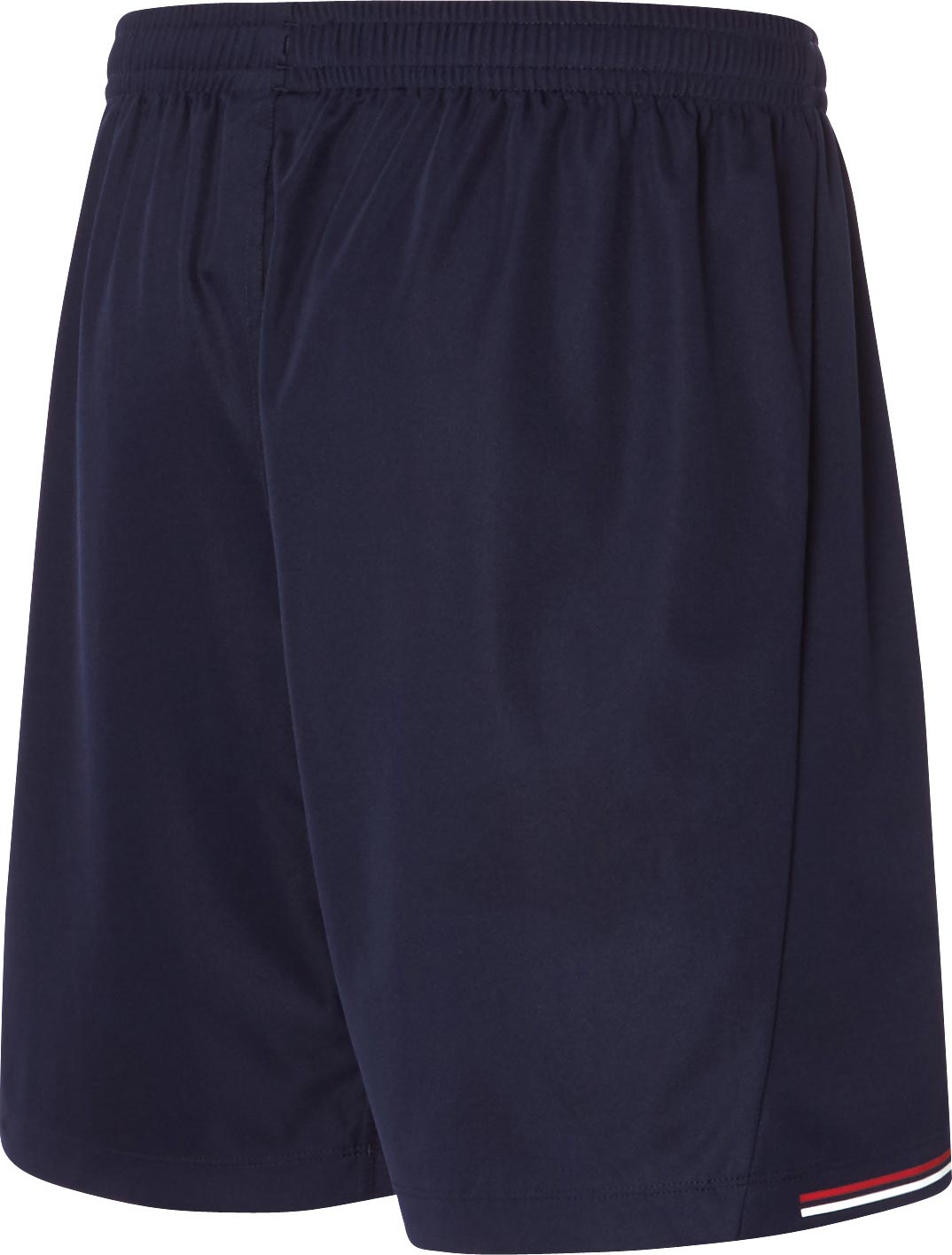 At the same time, Lille have launched their away kit for next season. 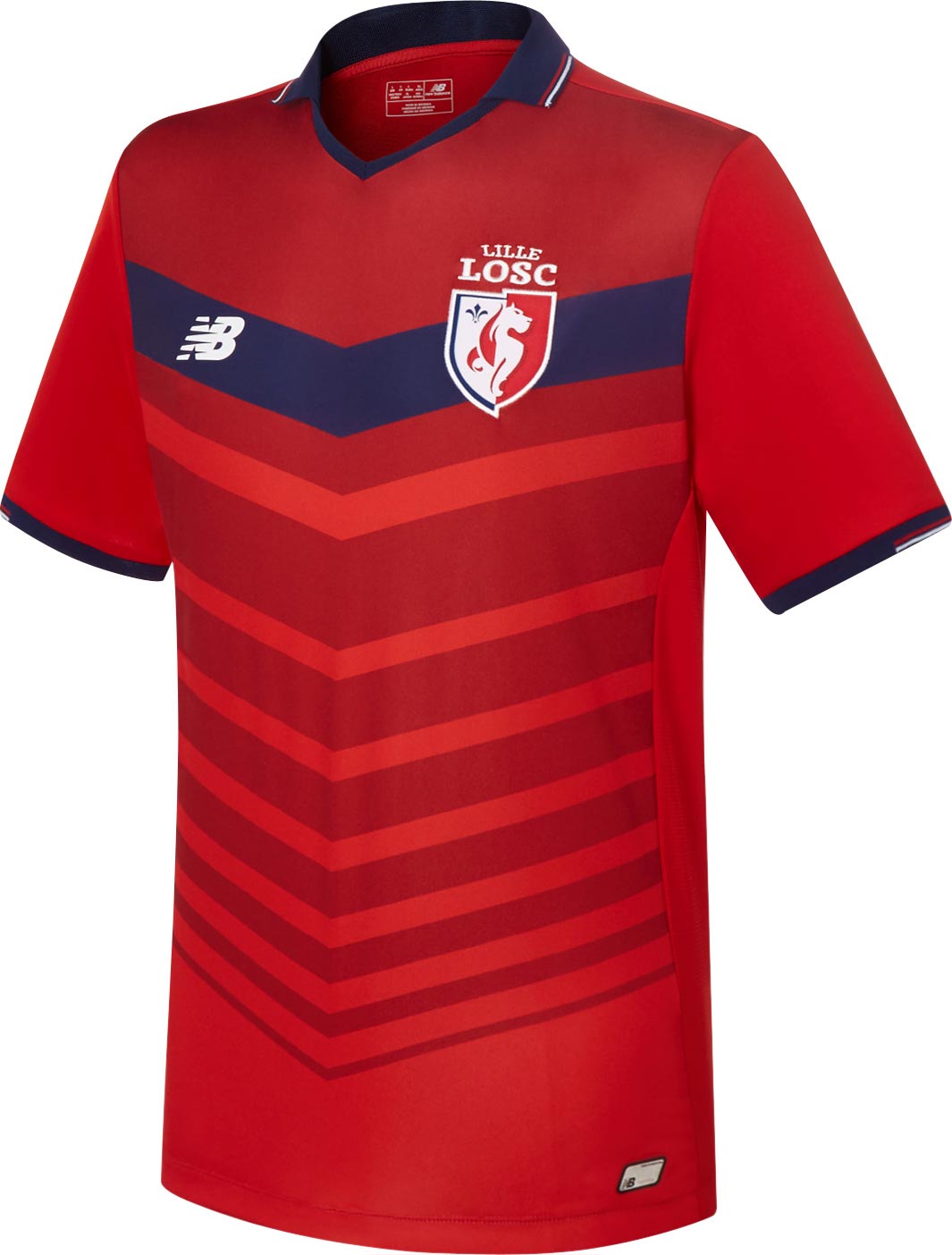 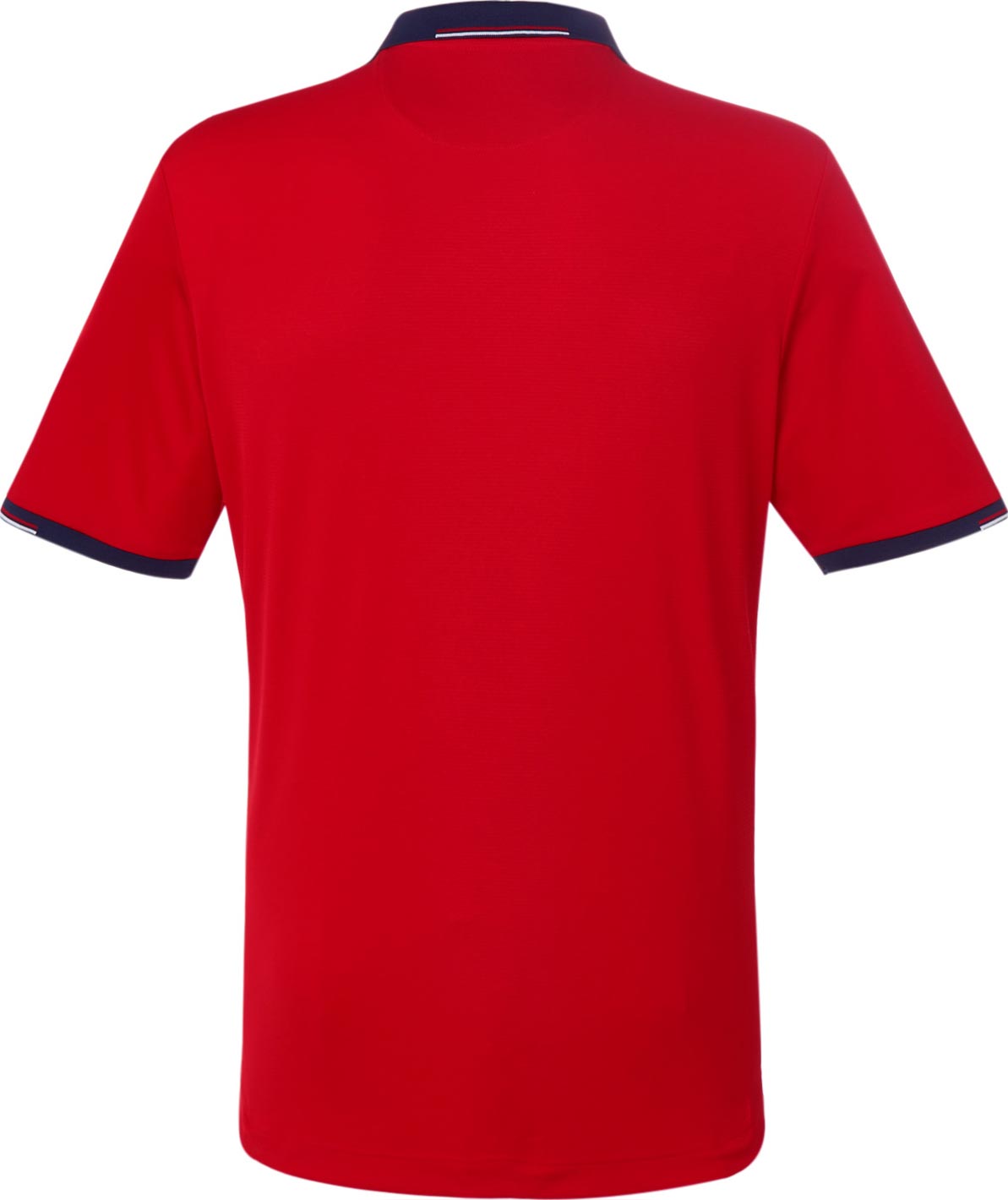 The design template of the home kit is replicated with a red body and blue trim. The chevron pattern is repeated with a dark blue chevron leading red ones down the front of the shirt whilst the collar is blue with white trim, and the cuffs are blue.

The shorts and socks are those of the home kit.

The final kit released for 2016/17 season is an interesting design, quite different to the home and away strips above. 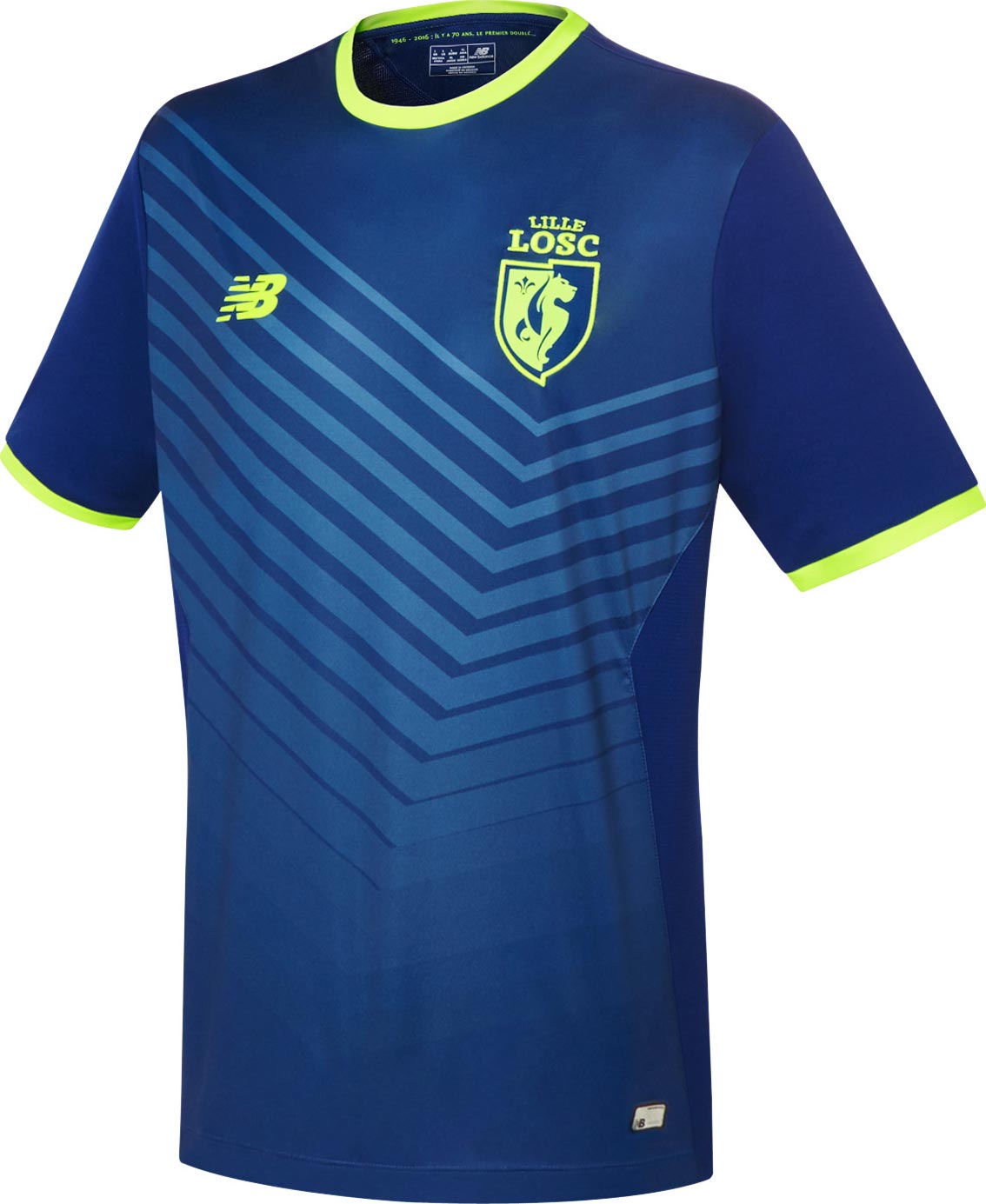 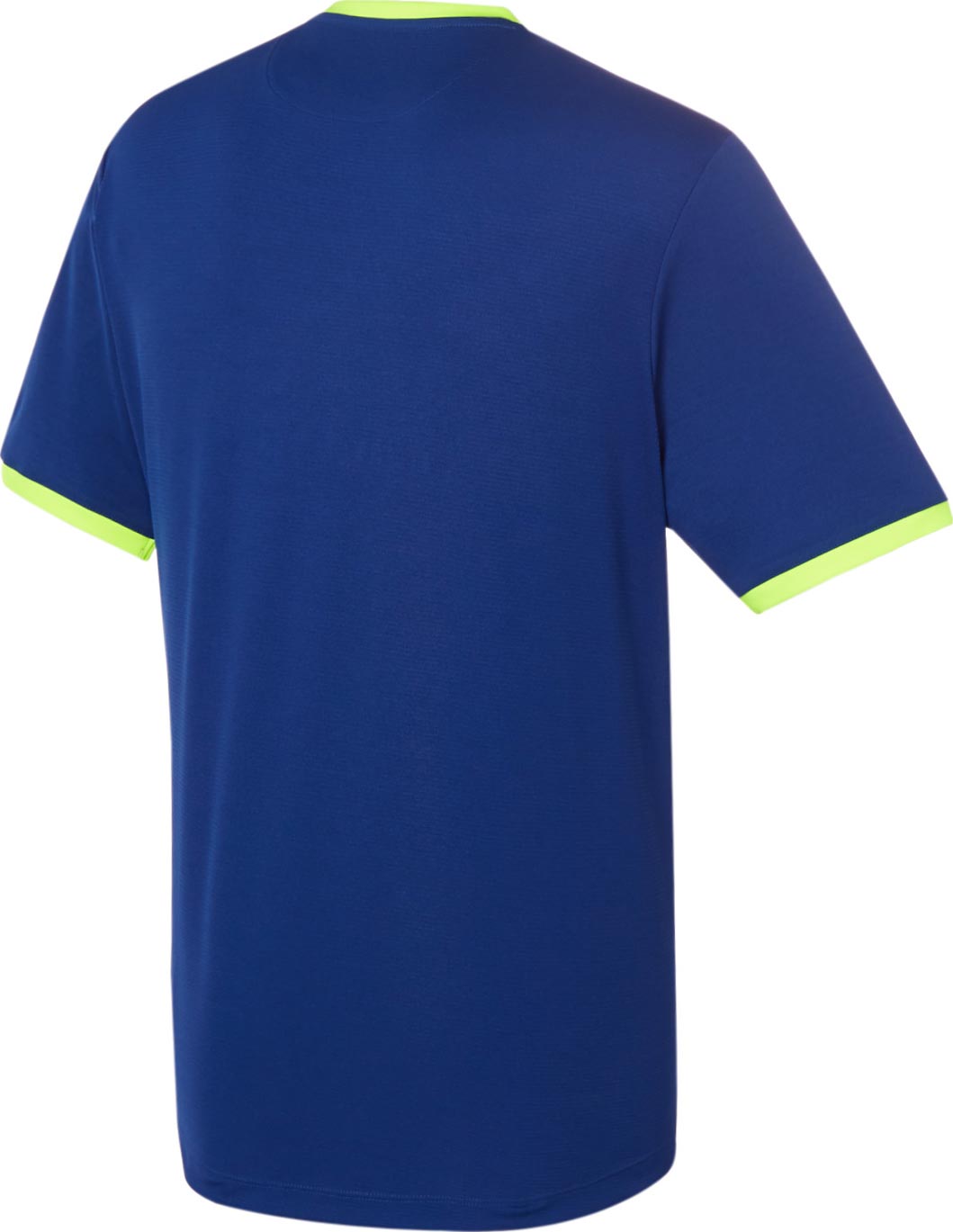 The kit has the dark blue base but with angular lighter blue chevrons, giving a distinctive design template. The collar and cuffs are both neon green, a striking contrast to the blue.

The shorts and socks are both blue with green trim.

It’s certainly an interesting range of kits which New Balance have conjured up. Will it be enough to persuade more French clubs to join them?