1892; the year Liverpool FC and the number of the limited edition version of the Reds 2017-18 away shirt produced. 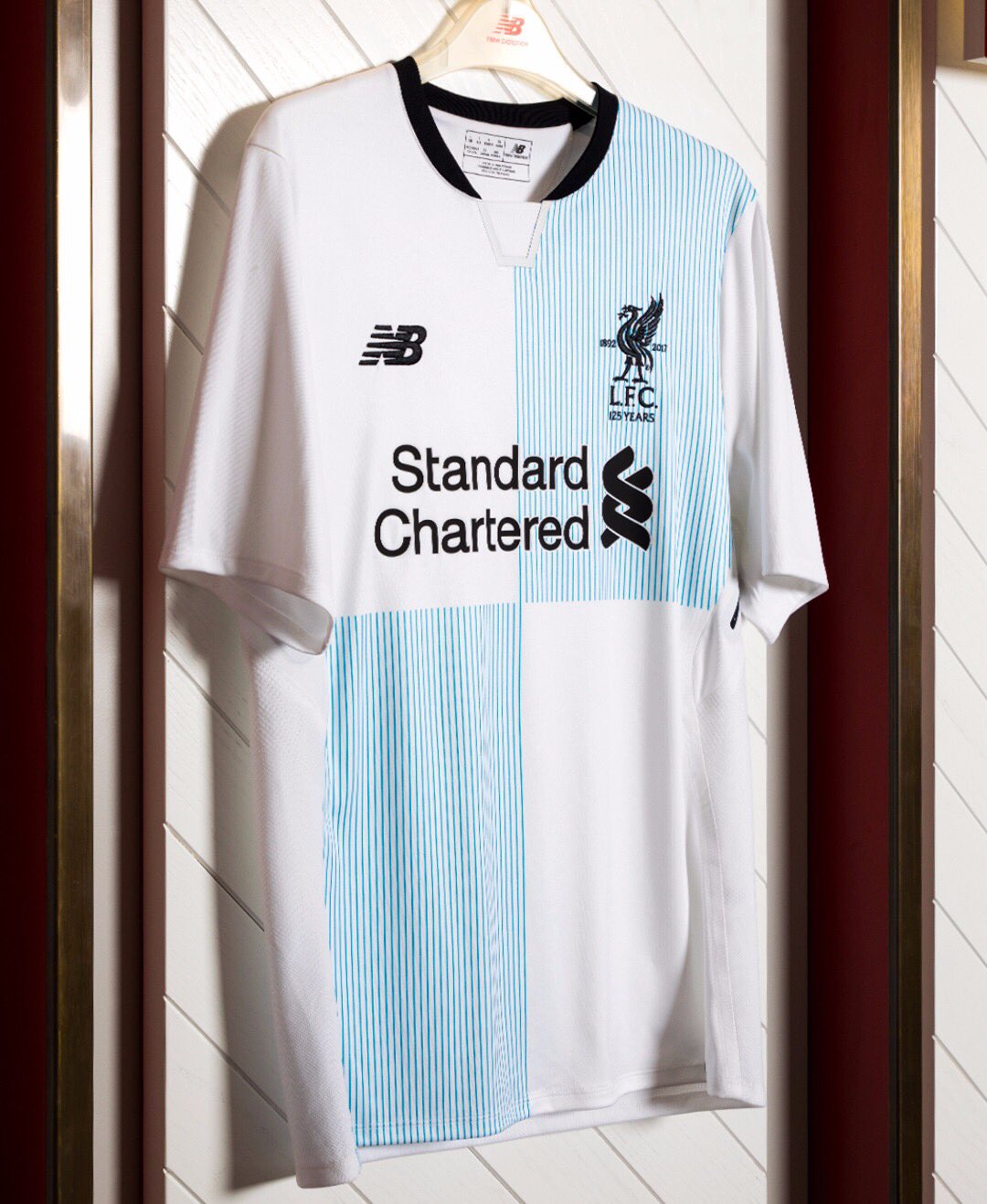 Liverpool set a high bar for Premier League kits this summer. Both the official home and away designs pay homage to the past. Not the glorious decades but certainly the times when Anfield was filled with hope.

This is the limited edition 2017-18 Liverpool away kit: 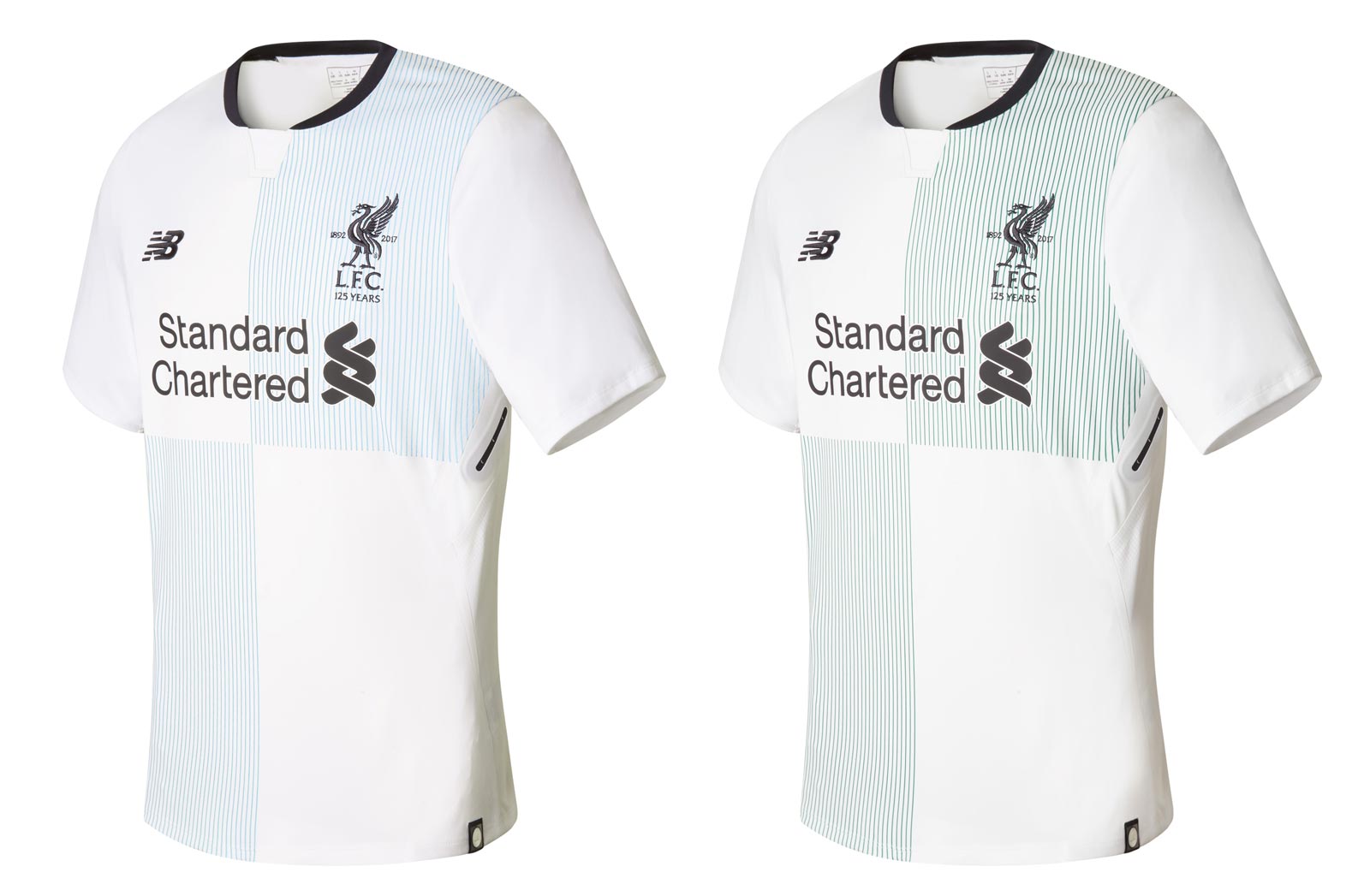 The change is swapping the green pinstripes for blue, referencing the club’s early years when the home shirt was white and blue halves. 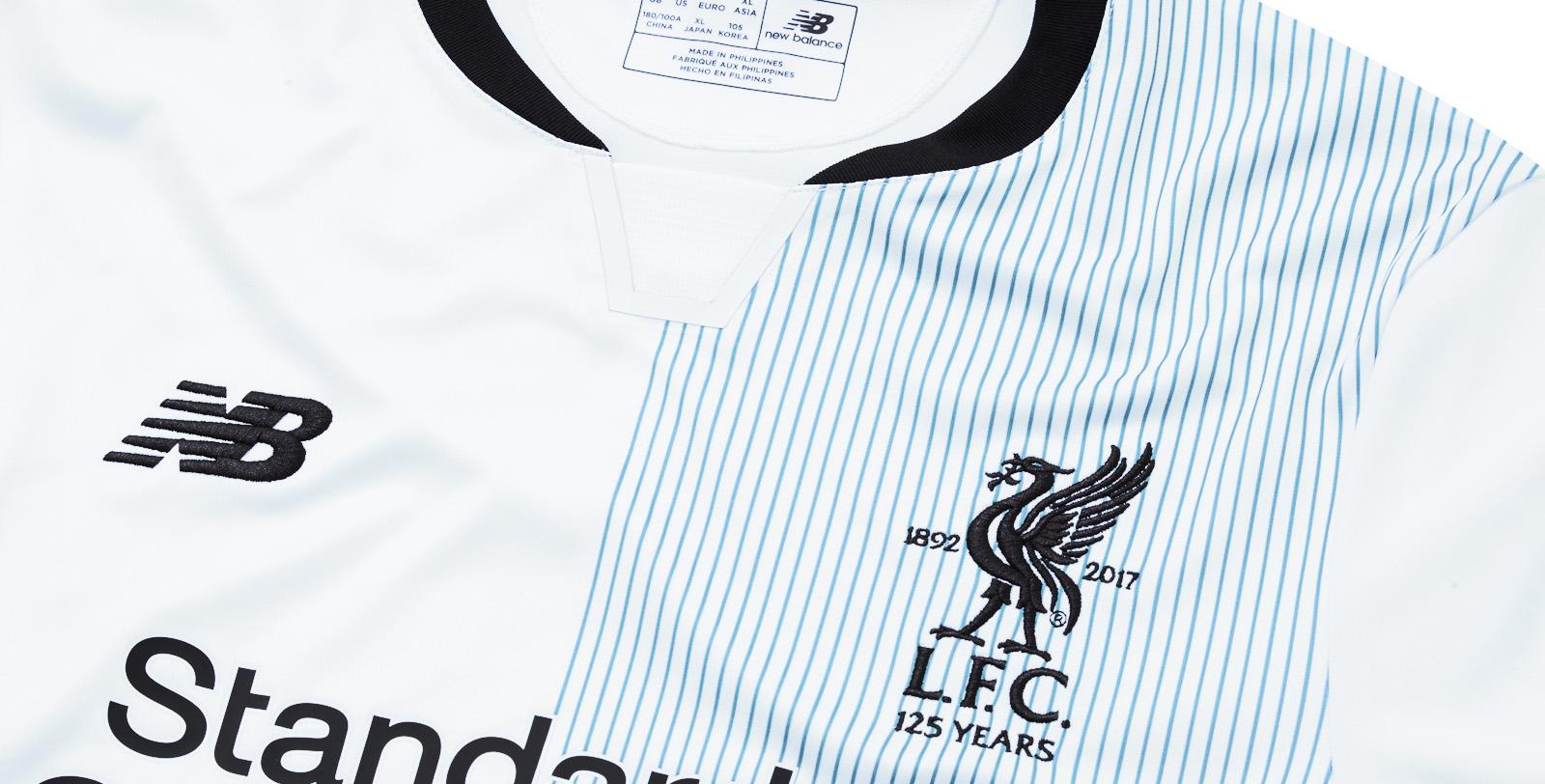 There’s something about this kit, with the blue pinstripes sitting well in contrast to the green trim. It’s a design which works well and has a timeless quality about it.

While Liverpool are shameless in their cashing in on the club’s 125th anniversary, who can blame them? This unique shirt offers a hint that the club may be on the track for these, ahem, celebrations.

If there is a gripe, it’s the inclusion of sponsors logos. A celebratory shirt, particularly with a relatively small limited edition run, should be clean; a pity Standard Chartered didn’t waive their contractual rights on their logo appearing across the chest.

Nonetheless, caps are doffed for this one.