With star players at Euro2016, Liverpool have given their 2016/17 away kit a low-key launch this week. Daniel Sturridge will be a hero once more if he repeats his last-minute goal against Wales in Lens, for the Reds next season. 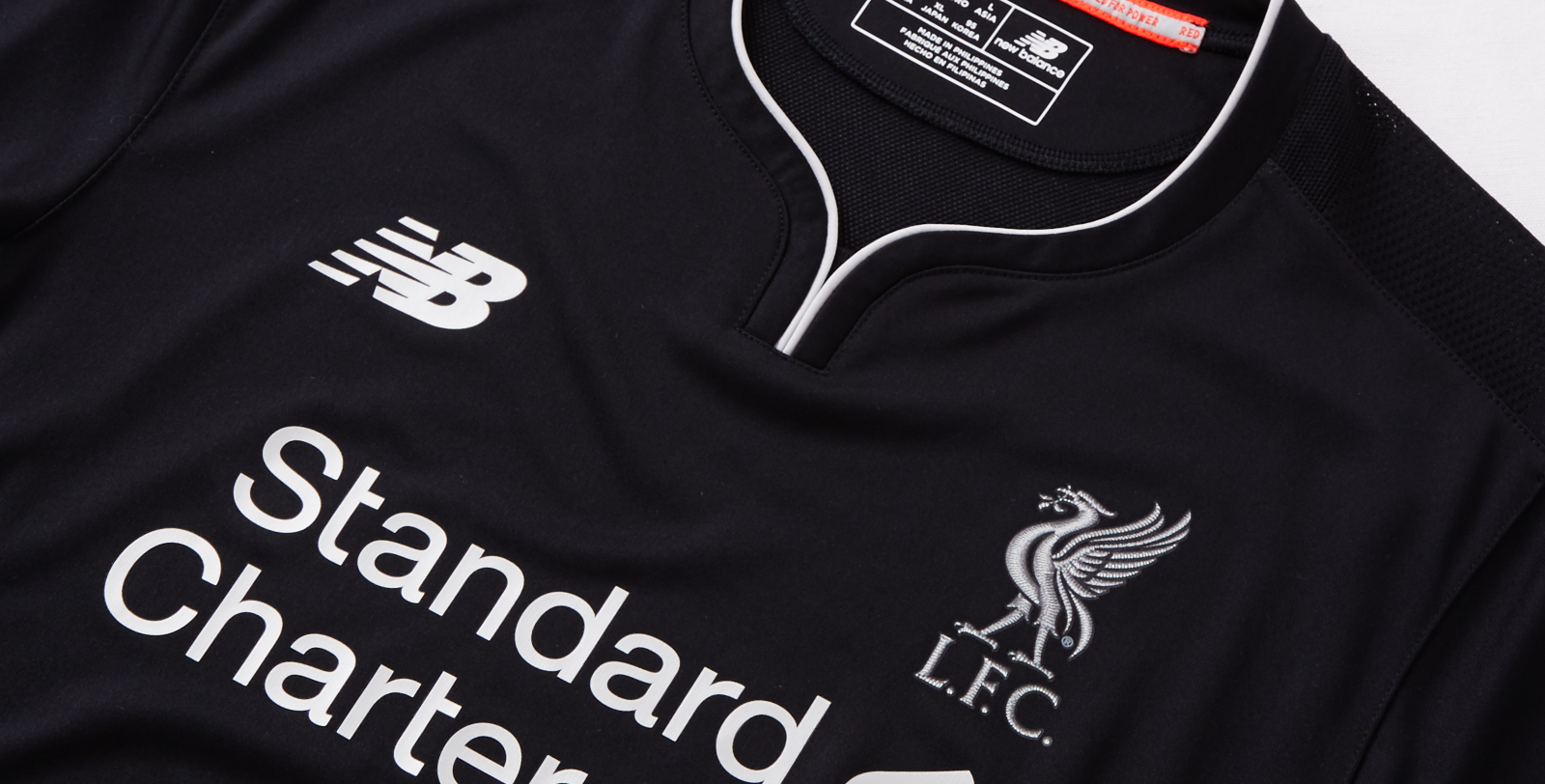 This is the away kit Liverpool will wear during the 2016/17 season. 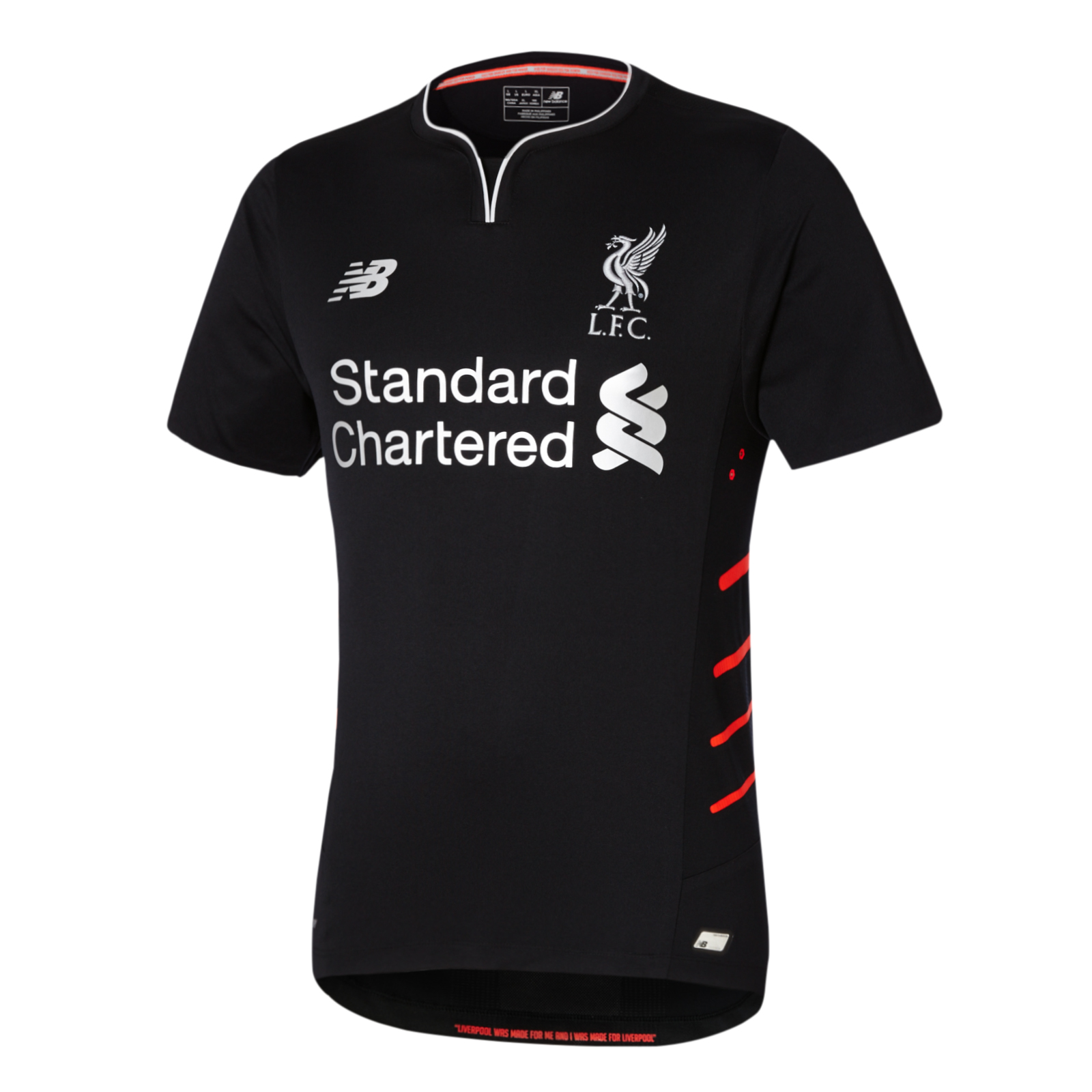 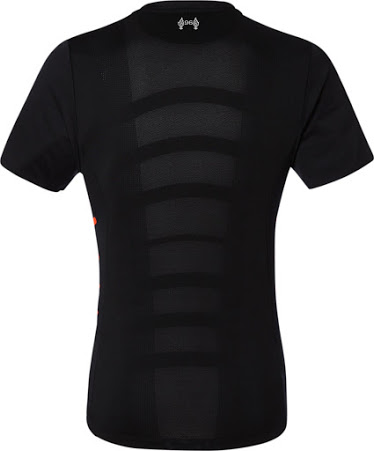 New Balance has issued a straightforward design with additional trim kept to a minumum. The dominant colour is silver grey with mesh material panels on the side of the shirt identified by short red vertical bands.

The body of the shirt is all black with a higher rounded v-neck shape, identified with the silver grey piping. This drops into a plunging neckline. On the reverse of the shirt just below the neckline, sits a reminder of the tragic events at Hillsborough with the number 96 embroidered between two torches.

At the base of the reverse of the shirt is the motif, “Liverpool was made for me and I was made for Liverpool”, a saying from the celebrated Liverpool manager, Bill Shankly. 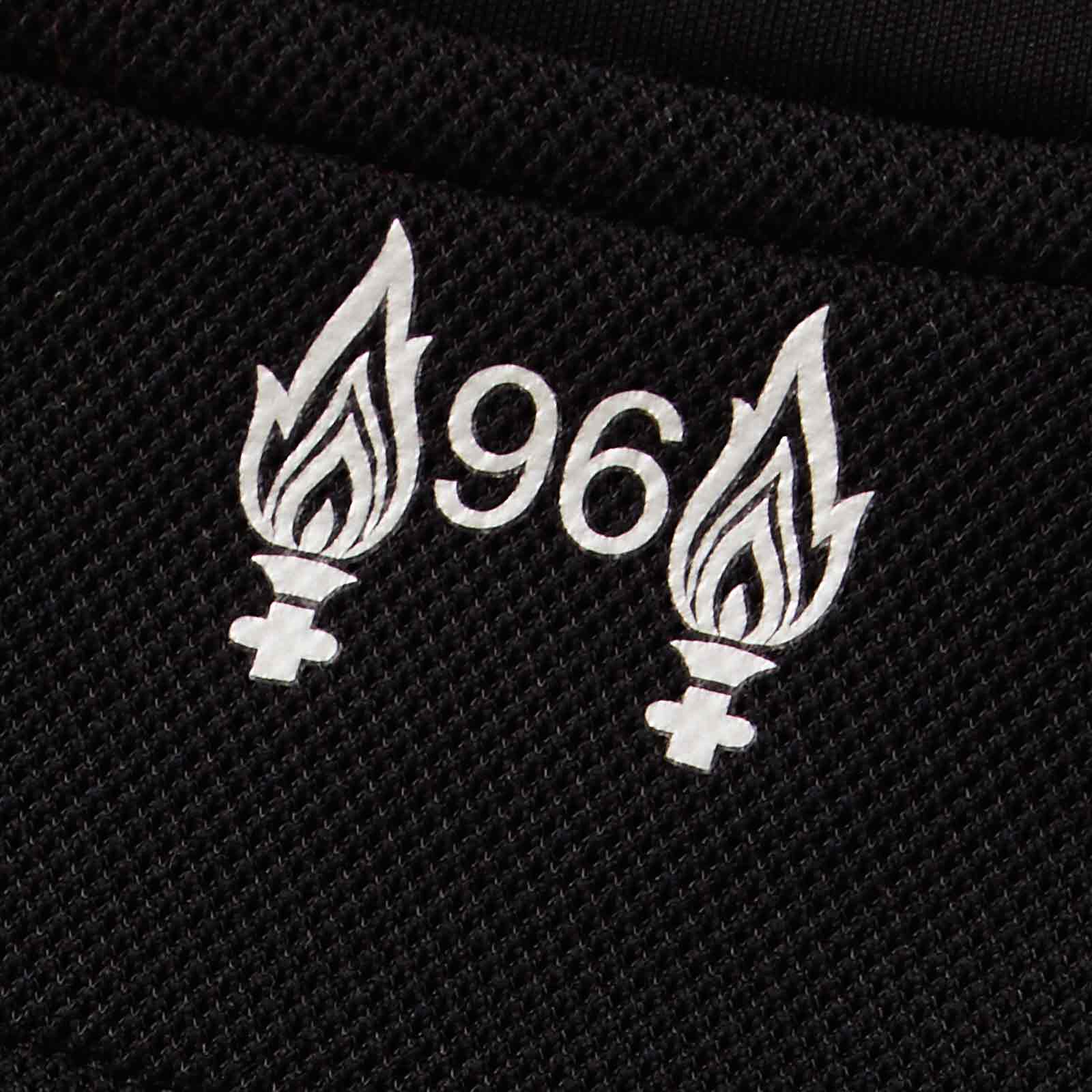 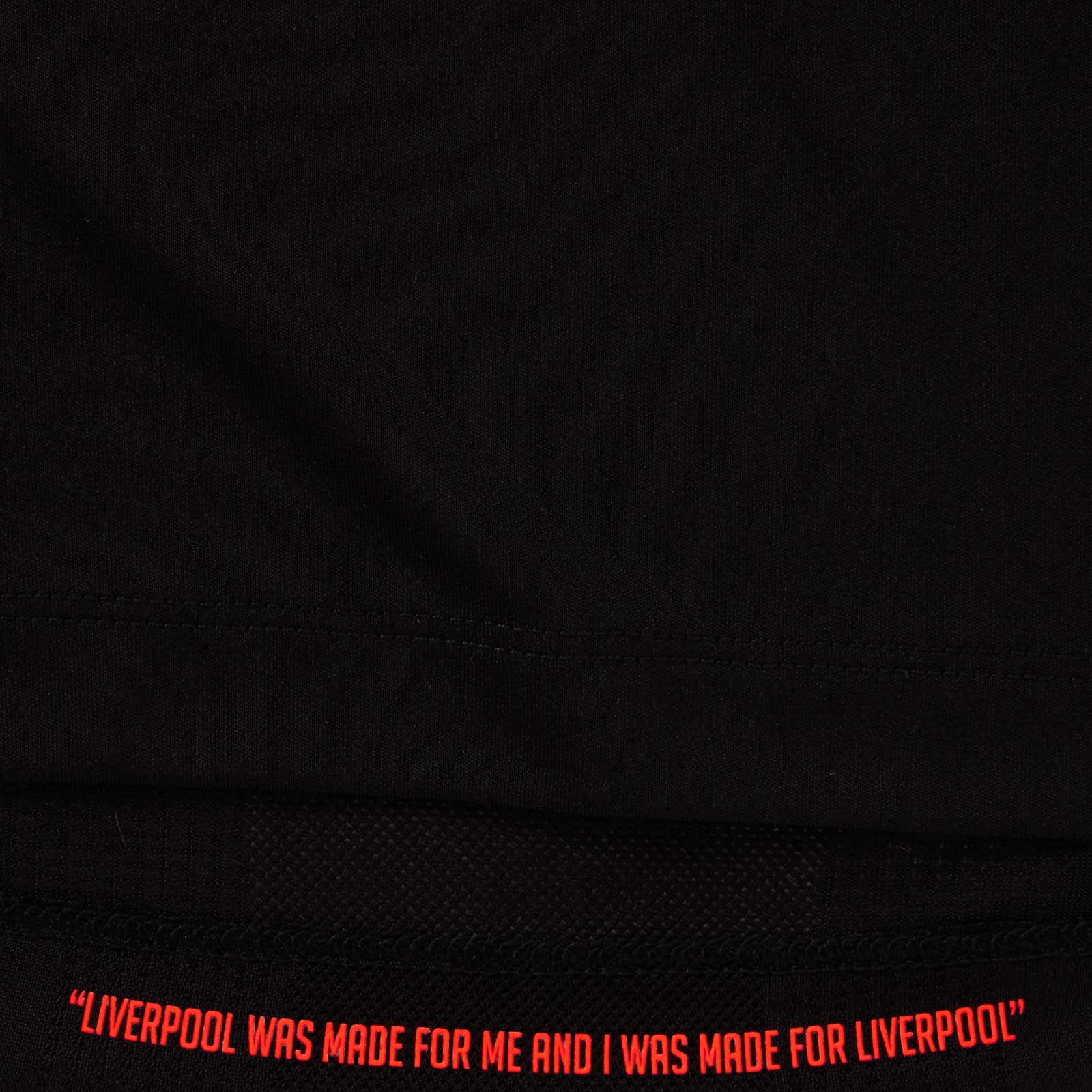 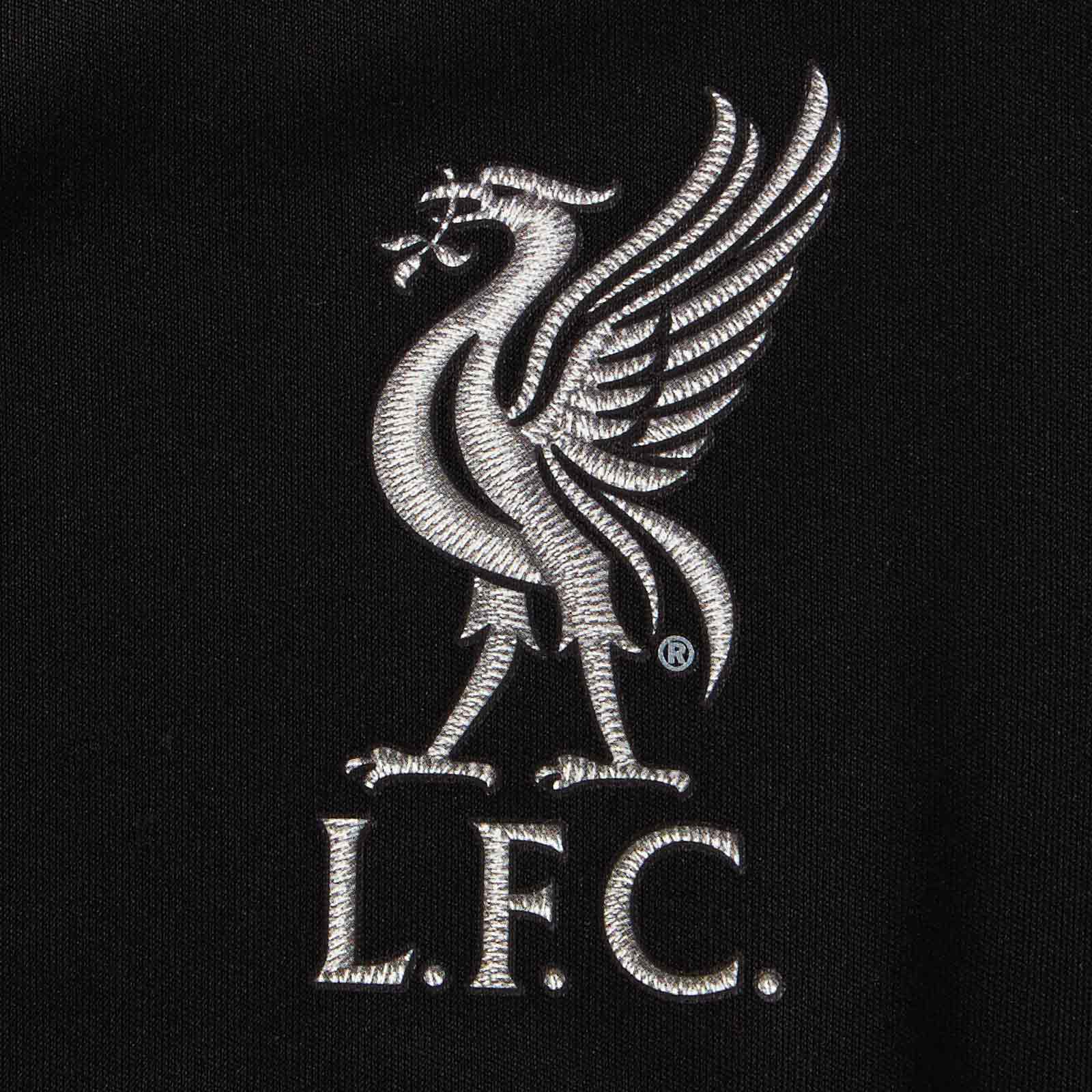 The kit is finished with black shorts and socks. Trim on the two is limited with a minor slash on each leg in red to give a vent effect on the shorts, and a thin red trim at the top of the turnover on the socks.

This is the away kit which the Liverpool goalkeeper will wear in away matches. 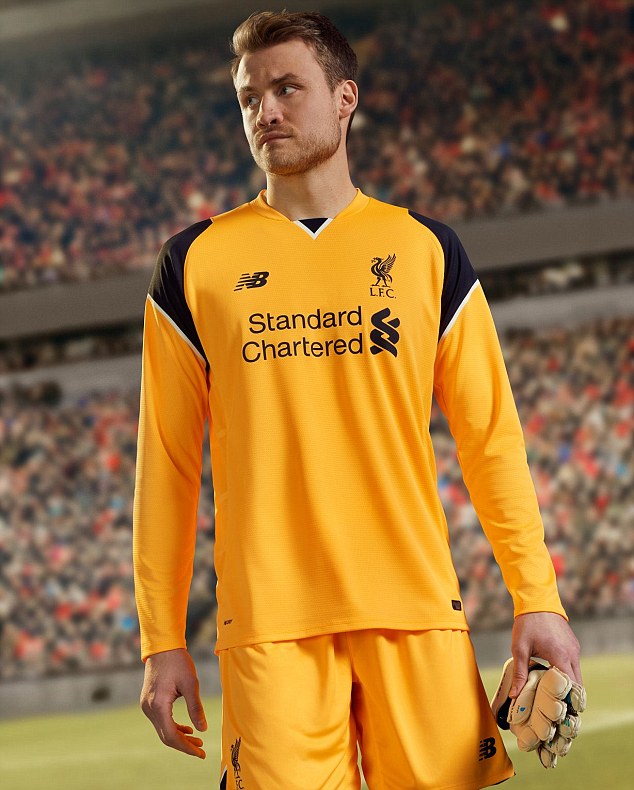 Predominantly orange, the shirt contains a crew neck with a black filled v-collar. There is a white edge to make the patch stand out further. On each shoulder, is a black patch with white piping across the sleeve seam. The shorts and socks are both orange with minimal black trim.

It’s a simple but effective kit design from New Balance with a nice touch with the inclusion of the Shankly quote.