With their home kit harking back to the 1980s, the Liverpool 2017-18 away kit followed suit. This time it’s 1995/96 although the third kit, leaked inadvertently, goes back even further. But the green and white away kit is the star turn on Merseyside.

According to reports, Alex Oxlade-Chamberlain is remaining at Arsenal while Roma want more than the £35m Liverpool offered so far. Claims the former Chelsea winger has agreed terms with the Reds are unconfirmed. It will make the Egyptian the most expensive signing at Anfield. 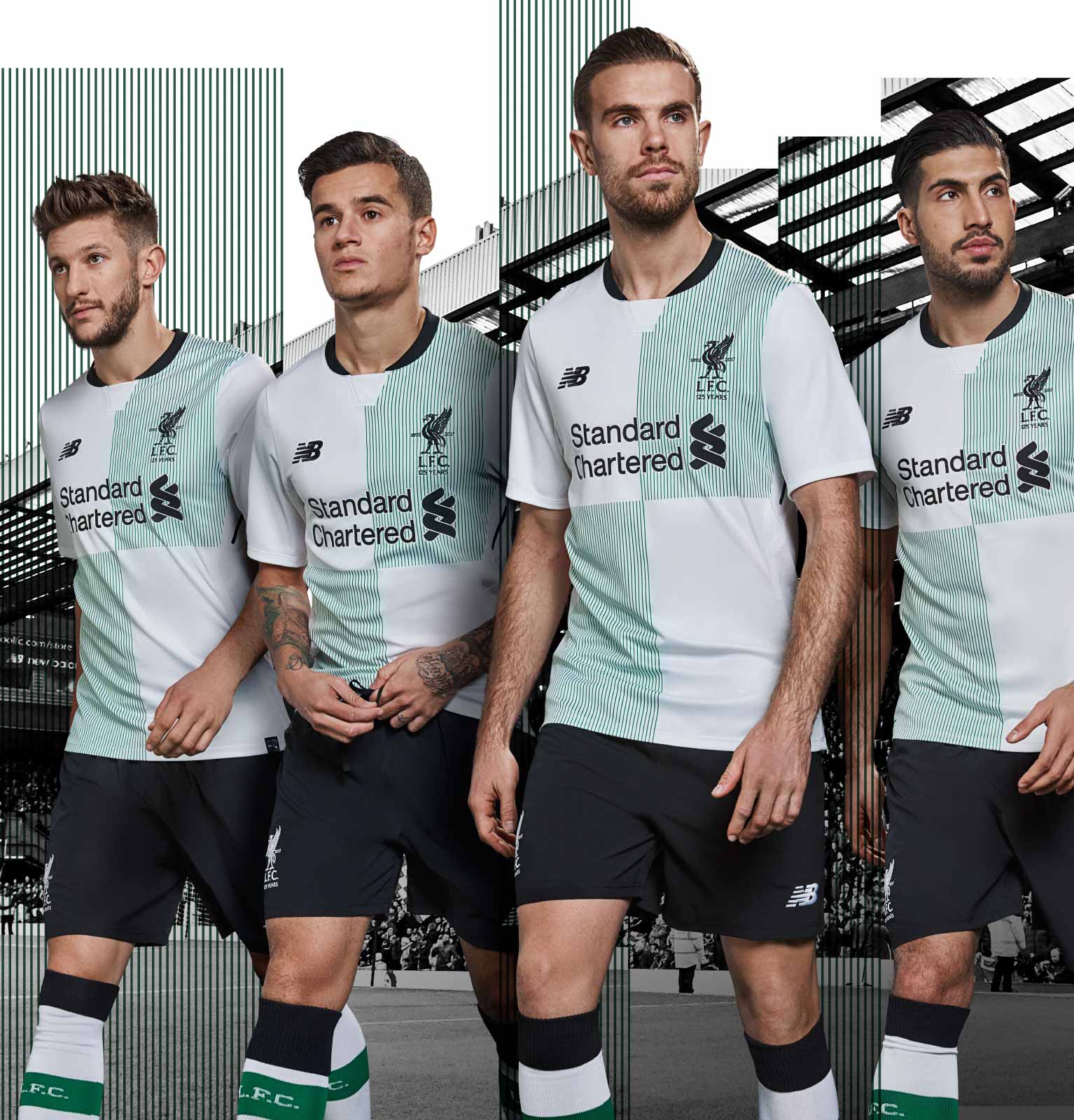 2016-17 promised much for Liverpool, but fuelled the prospect of raised hopes for 2017-18 and the return to the Champions League. Watching Real Madrid lift the trophy in Cardiff whets the appetite, even if the realistic know it’s a step too far at the moment. Or is it…? 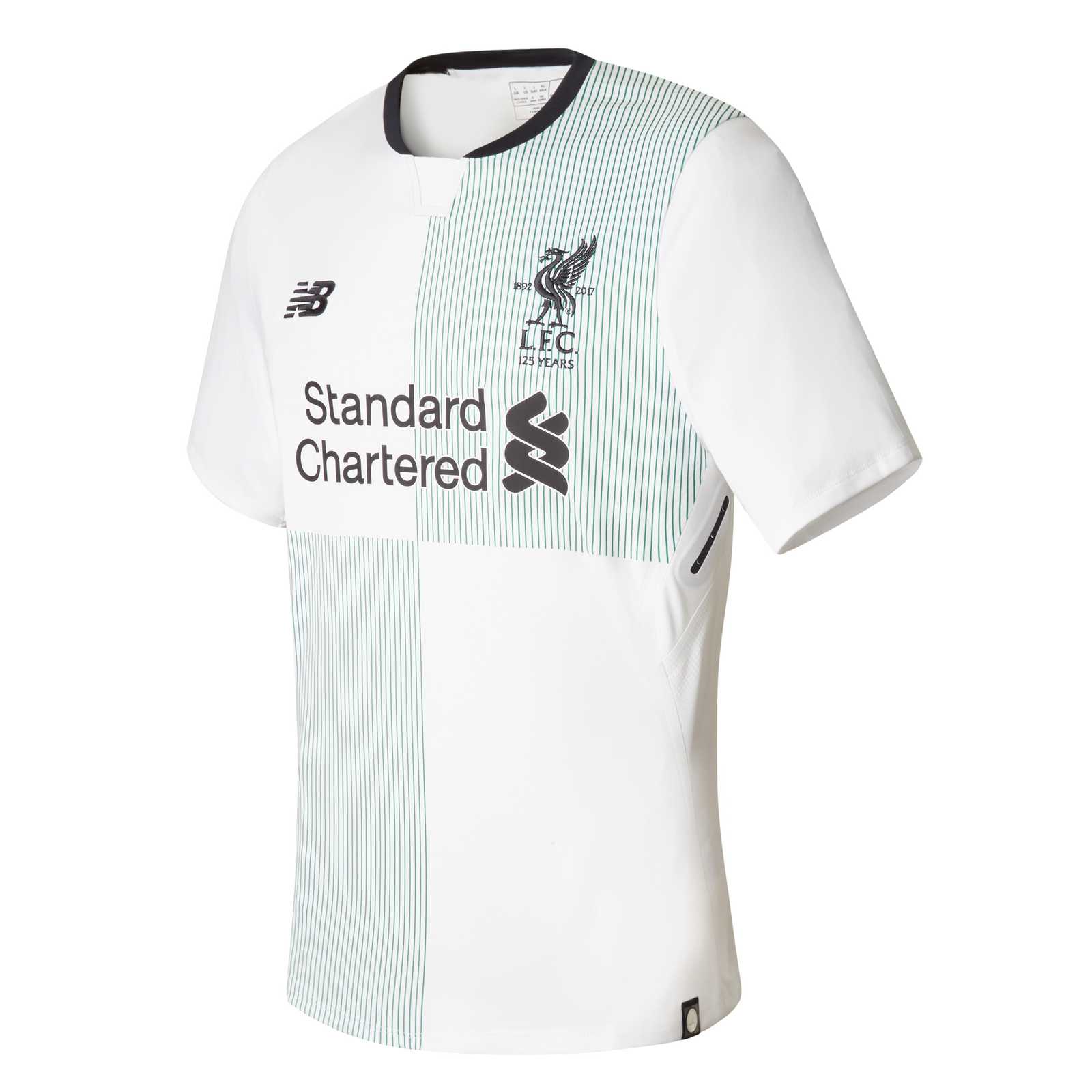 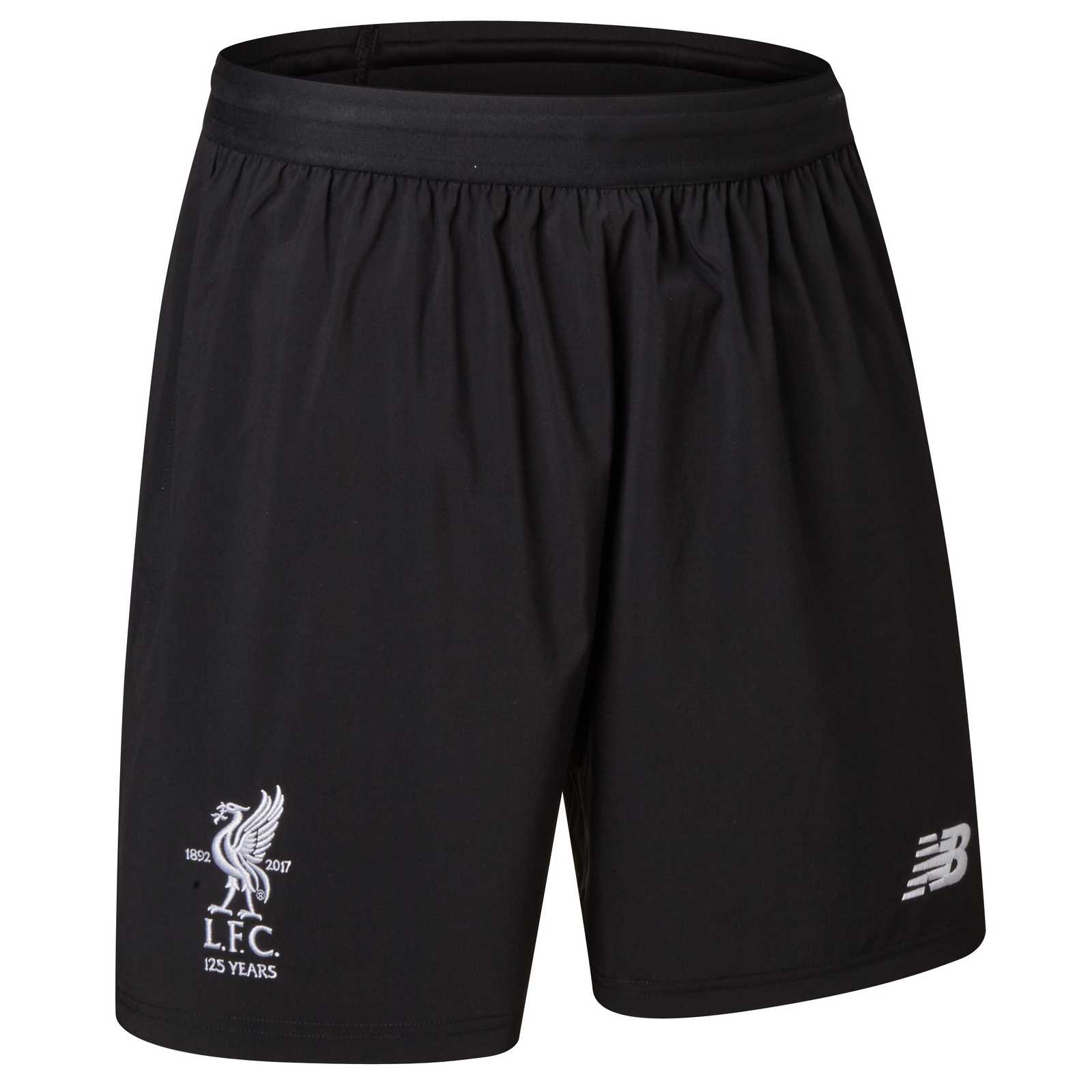 An homage to the 1995/96 away kit, replicating the quartered look. This time, instead of solid green, the alternate quarters are green and white pinstripes. A solid green collar contrasts with white sleeve cuffs. 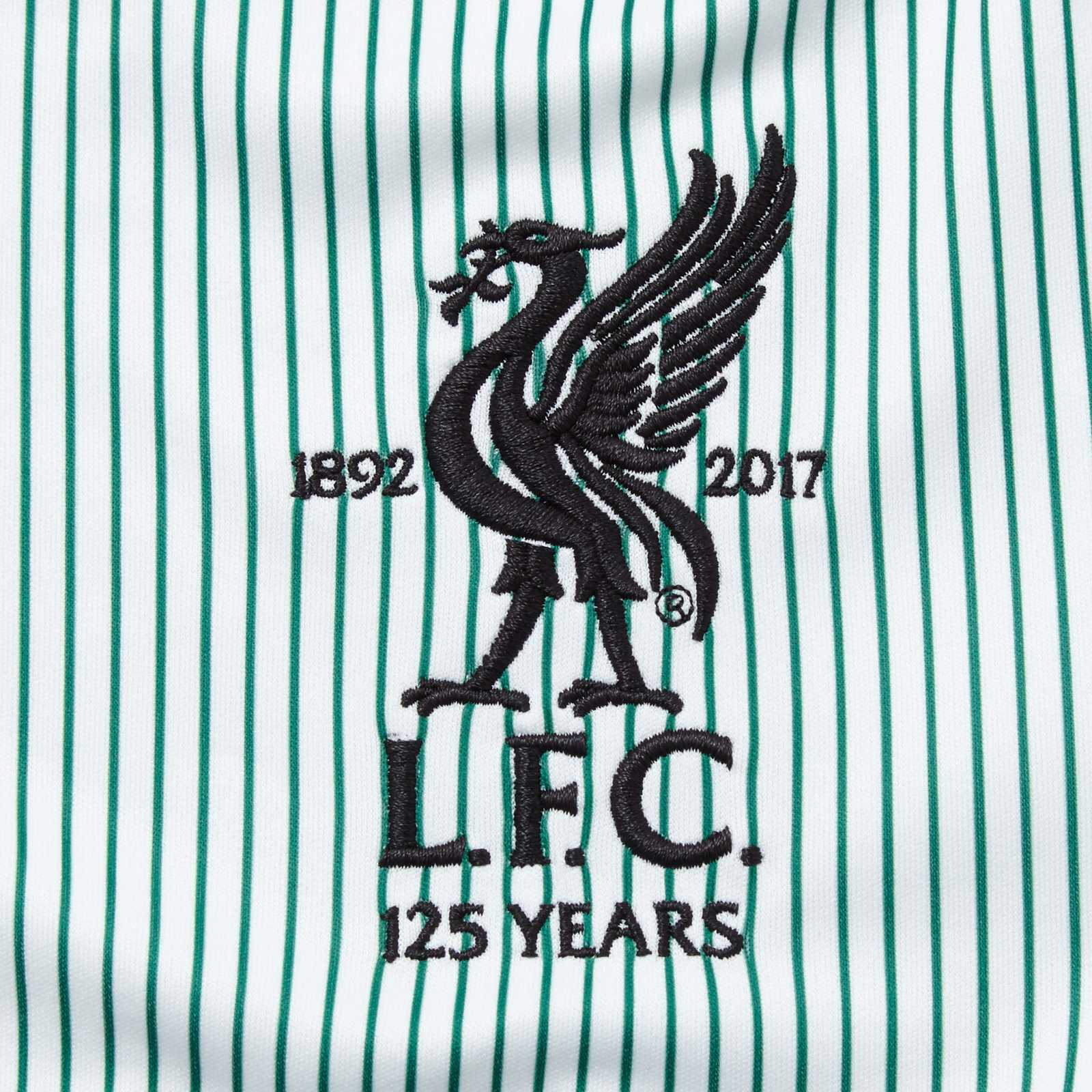 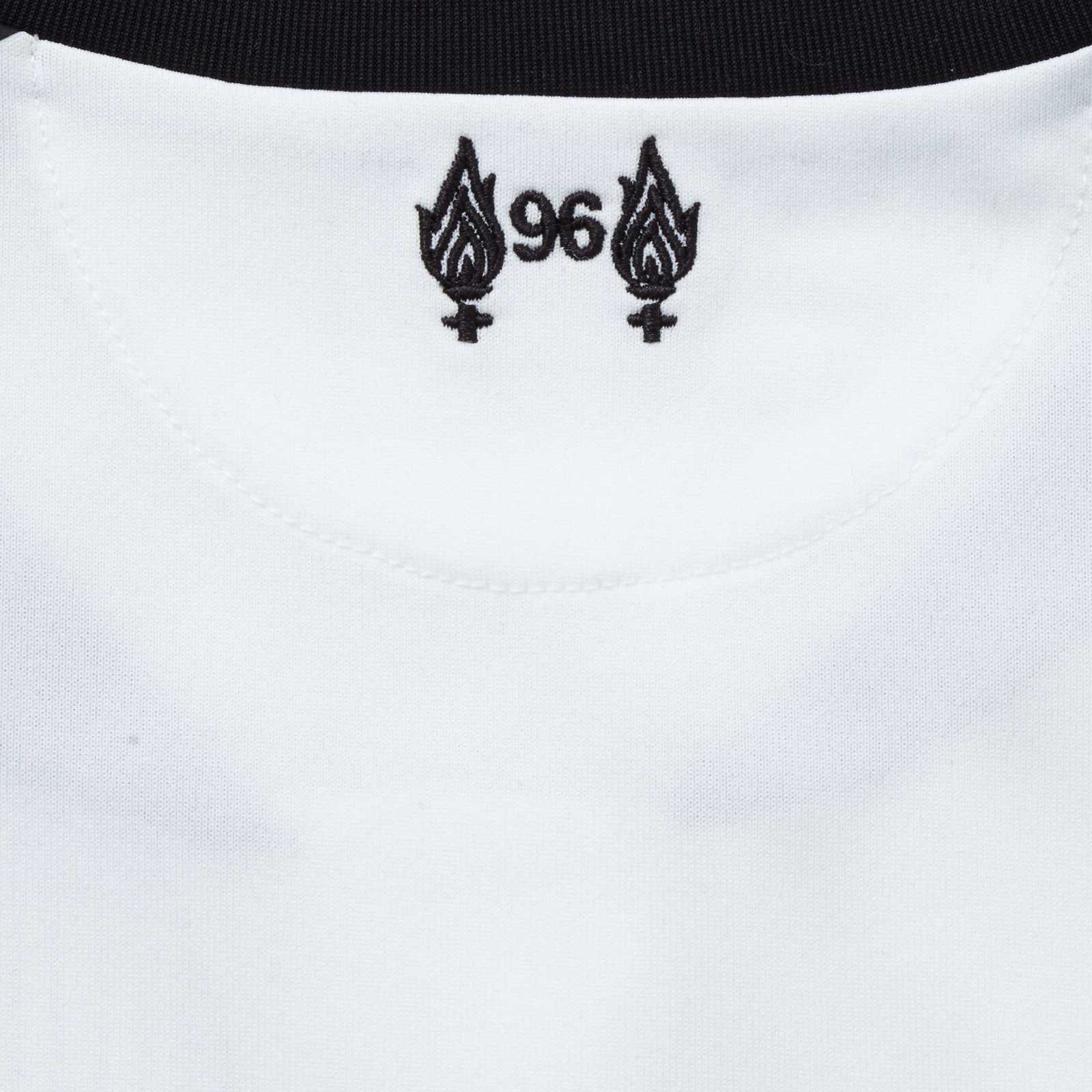 On the reverse of the collar is the Hillsborough commemoration of ’96’ between two torches. Completing the kit is white socks with green trim. 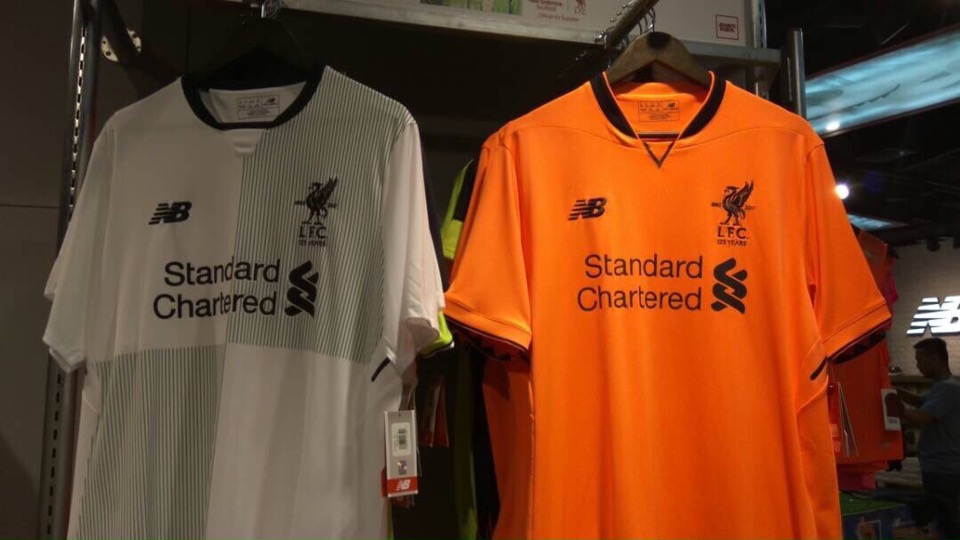 Third kit takes the same 1995-96 theme, but harks back to a rare away kit worn against Ajax in December 1966 and Arsenal in 1967. The black collar and cuffs indicates black shorts and most likely, socks as well.