Liverpool announced that they will wear a unique home kit for Monday’s derby against Manchester United. Principal club sponsor, Standard Chartered, actively supports the Seeing Is Believing campaign and has sacrificed their shirt space to the cause.

With Monday’s worldwide TV audience expected to be one of the biggest of the season, it offers the opportunity to raise awareness of Seeing Is Believing, the campaign to reduce avoidable blindness, especially in developing countries. 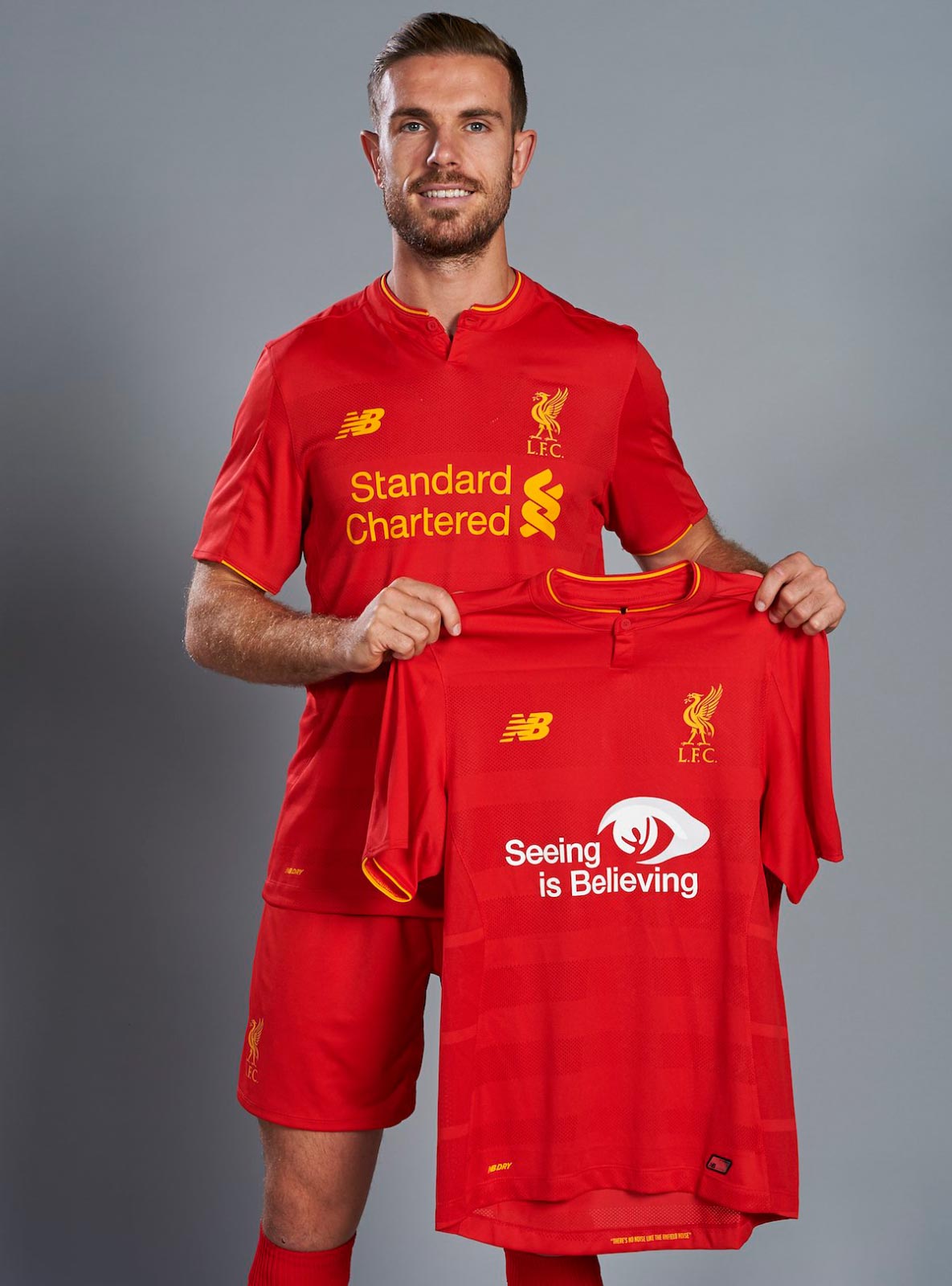 Standard Chartered Bank’s support for the campaign sees them choose the highest profile home match of the season for their attempts to raise awareness of the charities aim. Some will no doubt see a cynical commercial angle emerge but on this occasion, Standard Chartered’s actions are to be applauded.

To make the logo stand out further, it will be printed in white instead of the usual yellow of the sponsor’s motif.

When the match is finished, the shirts will signed by the players and auctioned to raise funds for Seeing Is Believing. Whatever total is raised will be matched by Standard Chartered. Other memorabilia will also be available to bid on.