Liverpool‘s Champions League opponents may need sunglasses if the leaked images of the Reds third kit for next season prove correct. The recently released home kit is a classic design. This less so.

The trend for third kits to be used in European away games and Liverpool could be using this kit away from Anfield. Away from bright lights might also be a good idea.

This is the purported third kit Liverpool will be wearing next season: 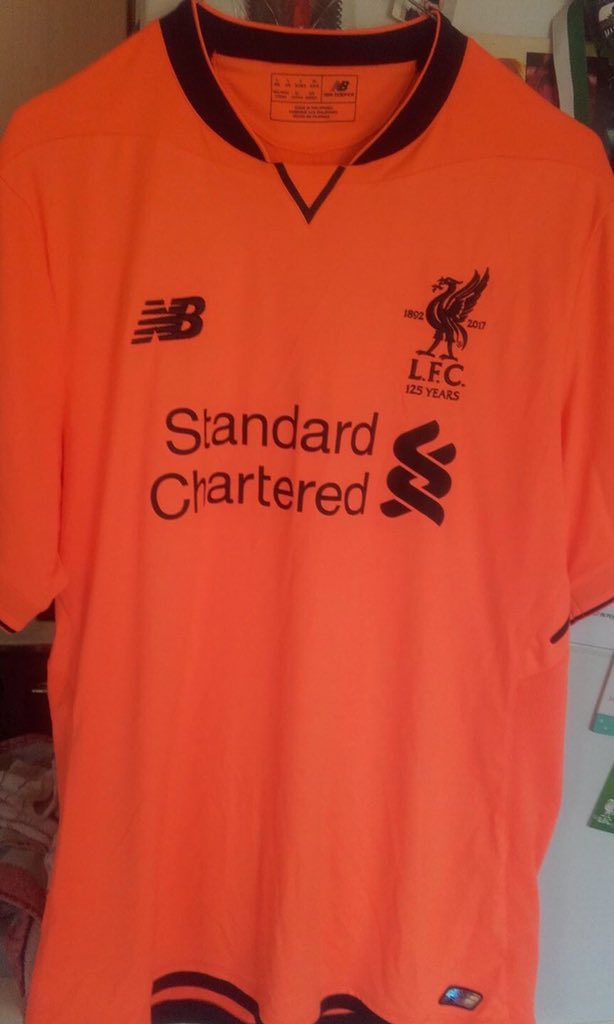 New Balance will no doubt come up with a dubious term to describe it. ‘Citrus’, ‘Blood Orange’; they seem too dull for such a lurid design.

Black trim and accents barely break the colourscheme more likely to be seen in a goalkeeper’s kit. The small v-shape at the bottom of the collar creates a faux neckline while the collar features a ‘citrus’ band amid the black.

It’s also a hint that the shorts may be black. For decency’s sake, I hope they are, along with the socks although that, in my mind’s eye, looks less appealing than citrus socks.

Not that either colour improves the overall look. Maybe this is a wind-up, a forgery based on a concept kit? Sadly, that’s not thought to be the case.

The formal release of the kit is expected in July.