Another of the nations to wear a new kit during the recent round of UEFA World Cup qualifiers was Luxembourg. The Grand Duchy is more famed for its importance to the European Union than the national football team’s exploits on the continent’s playing fields. 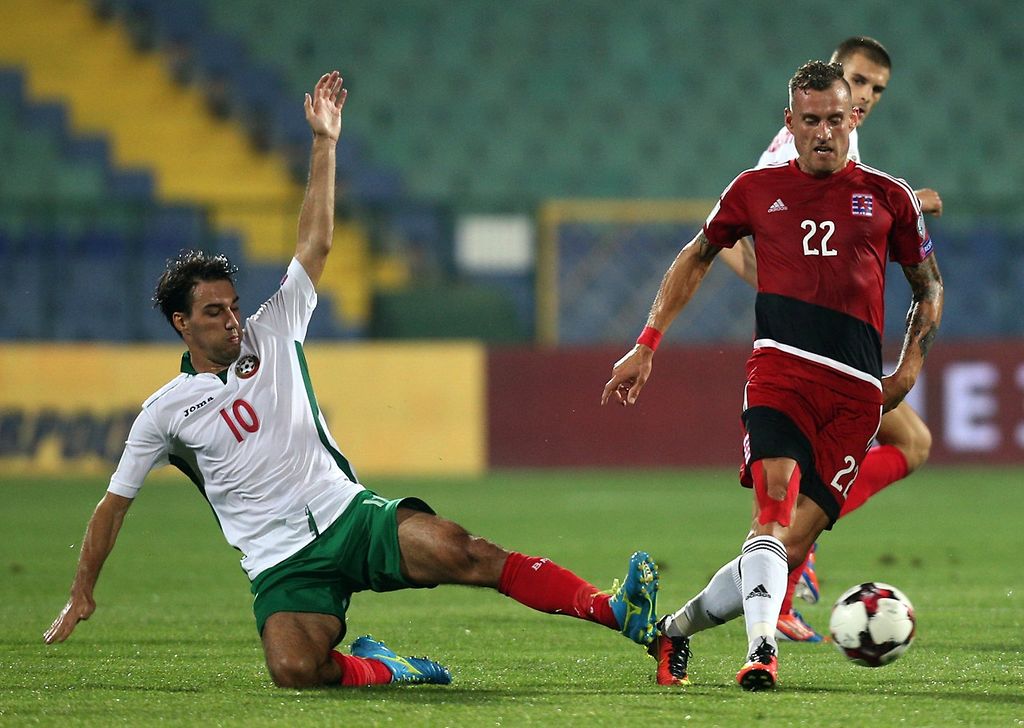 Habitually, they were the whipping boys of the European Championship and World Cup qualifiers but that’s not always the case these days. Recent seasons have seen them beat Macedonia, Northern Ireland and Albania, whilst they grabbed a draw with Italy in a friendly in 2014.

The history books don’t record the side the Italians fielded that day and we don’t care; it’s still a good result, even if it happened to be a reunion of the 1934 World Cup winning team, zimmer frames and all. 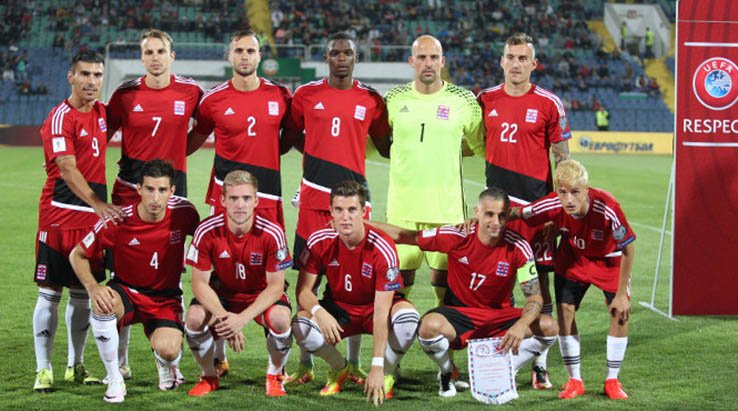 Adidas has used the Regista 16 Teamwear template for the Luxembourg strip, similar to the design used by Nottingham Forest for their away kit. This time the lead colour is red, with the sash effect at the bottom of the shirt in black and white. 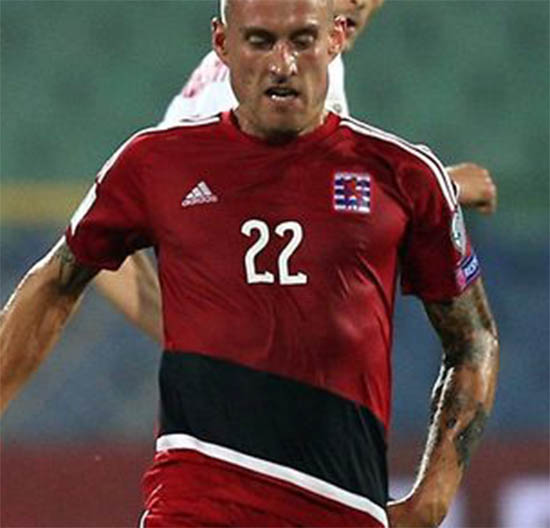 Aside from the Three Stripes in white across the shoulders, it’s the only trim on the shirt. Emblems and logos are in white.

Shorts are red with a black sash effect across the legs, running from right to left. The accents are white. The socks are white.

The strip was worn for the first time during the recent match against Bulgaria, who won the topsy-turvy tie 4 – 3 thanks to a late goal.