Manchester City, the Premier League’s wealthiest club, are the first in the top flight to announce a shirt sleeve sponsor. While Everton are still in negotiations with interested parties, City’s commercial department sealed the deal with Nexen Tire. The deal includes the men’s team, as well as the Manchester City women’s team. 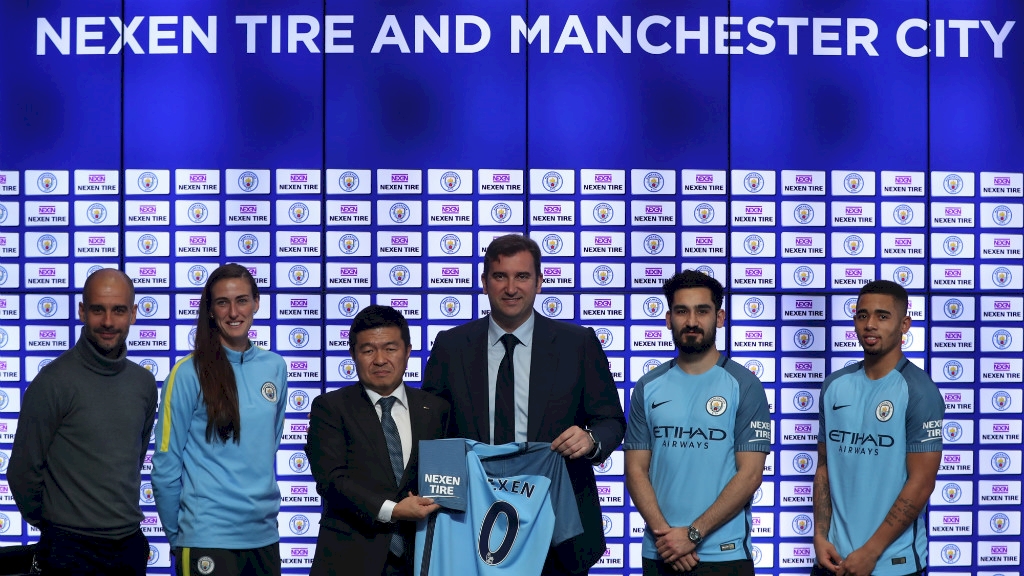 The Premier League rules changed earlier this year, becoming effective from the start of the 2017/18 season. South Korean company, Nixen, are the club’s official tyre sponsor while the main sponsor remains Etihad Airways.

Manchester City Get To Grips With New Sponsor Rules

While the jokes remain tired, the move brings the English game into line with a few of the continent’s other leagues. Ligue Un is the prime example with shirts resembled those worn by the Tour de France riders. English football, typically understated, is very prescriptive about the size and placement of the logos.

The Mancunians are more fortunate that some of their rivals. Arsenal, for example, cannot have shirt sleeve sponsors due to their existing deal with Emirates Airlines. The Gunners are forever the bridesmaids commercially.

As of yet, UEFA has not announced any plans to permit sleeve sponsors in the Champions League but it can only be a matter of time.