It’s the worst kept secret in football since anything else the club has done all summer. Manchester United unveiled their 2016/17 home kit today and we have the official photos. In the aftermath of yesterday’s 1 – 4 thrashing by Borussia Dortmund, the kit launch in China provided light relief for the travelling party. 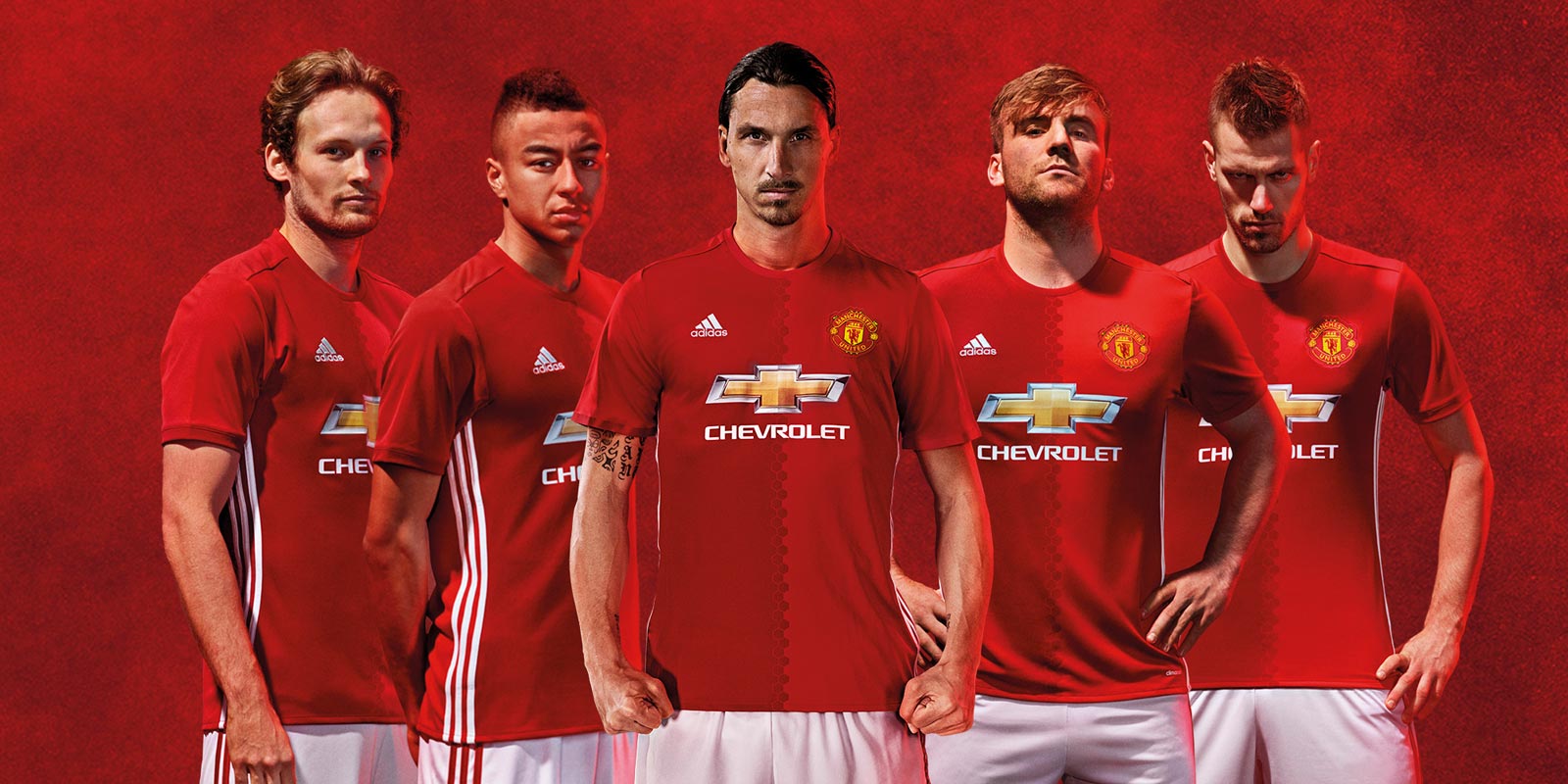 Widely leaked across the web before today’s announcement, the kit remains true to the traditional red and white colours. Albeit that Adidas has added a twist to the design!

This is the Manchester United 2016/17 home kit, revealed officially today: 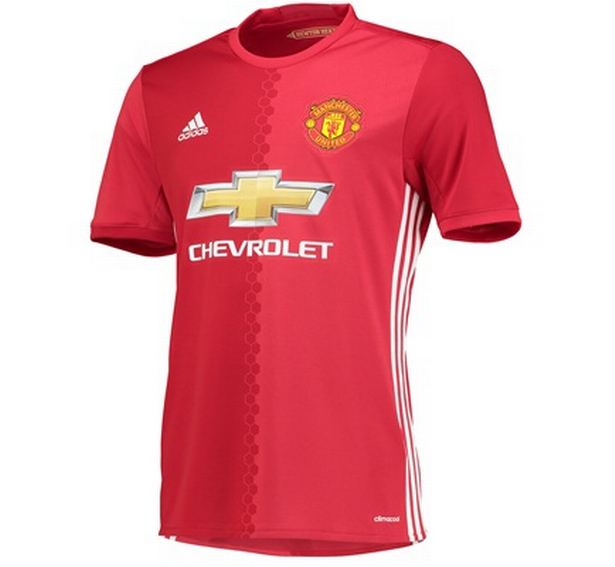 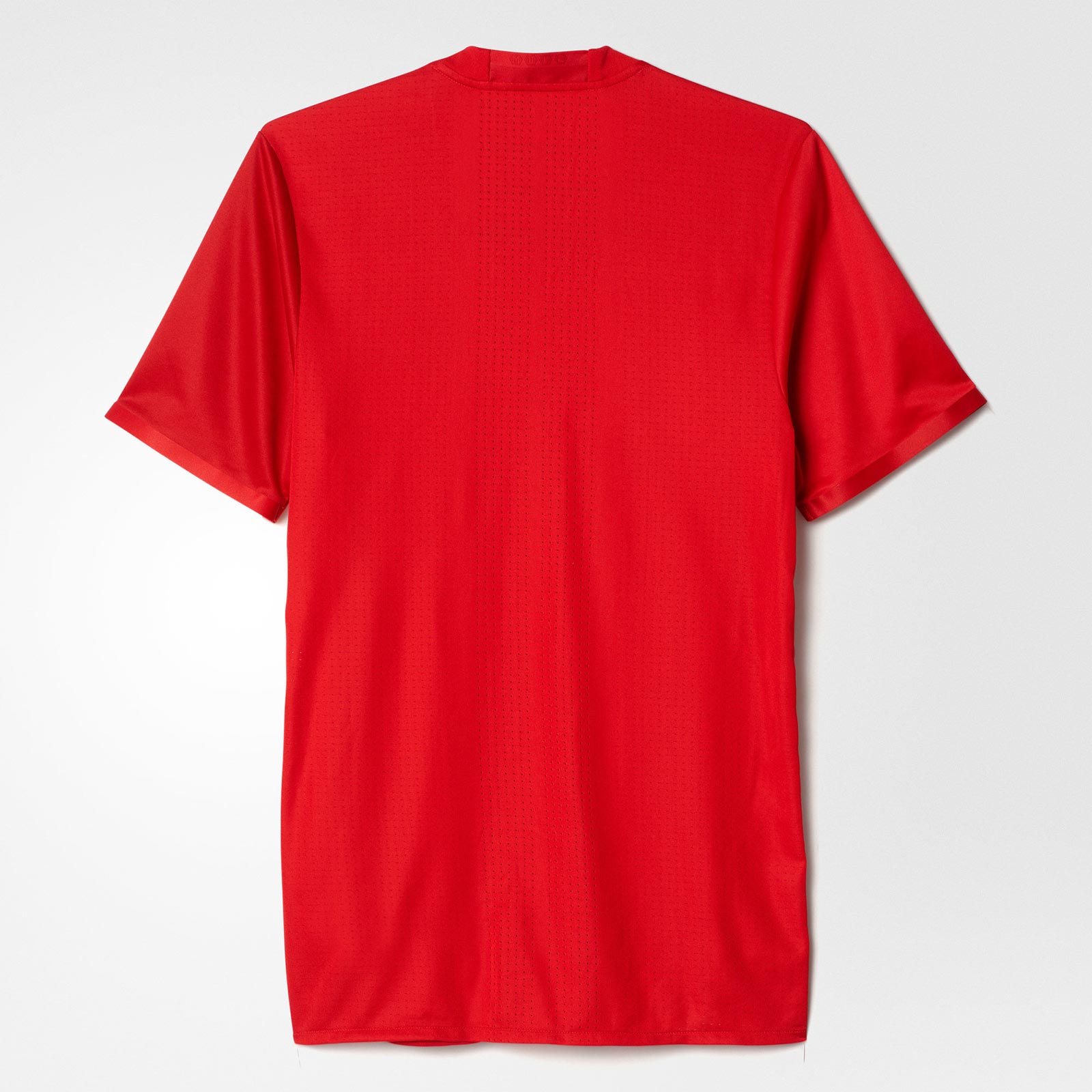 The red shirt as expected comprises two different shades on the front with a honeycomb pattern separating them. The right side of the body is a darker tone to the left with the sleeves providing the contrasting tone. Each cuff is then a different shade to the sleeve, giving a patchwork quilt effect to the front to the shirt’s front.

The shirt’s reverse is a clean design, with the dark red tone throughout. 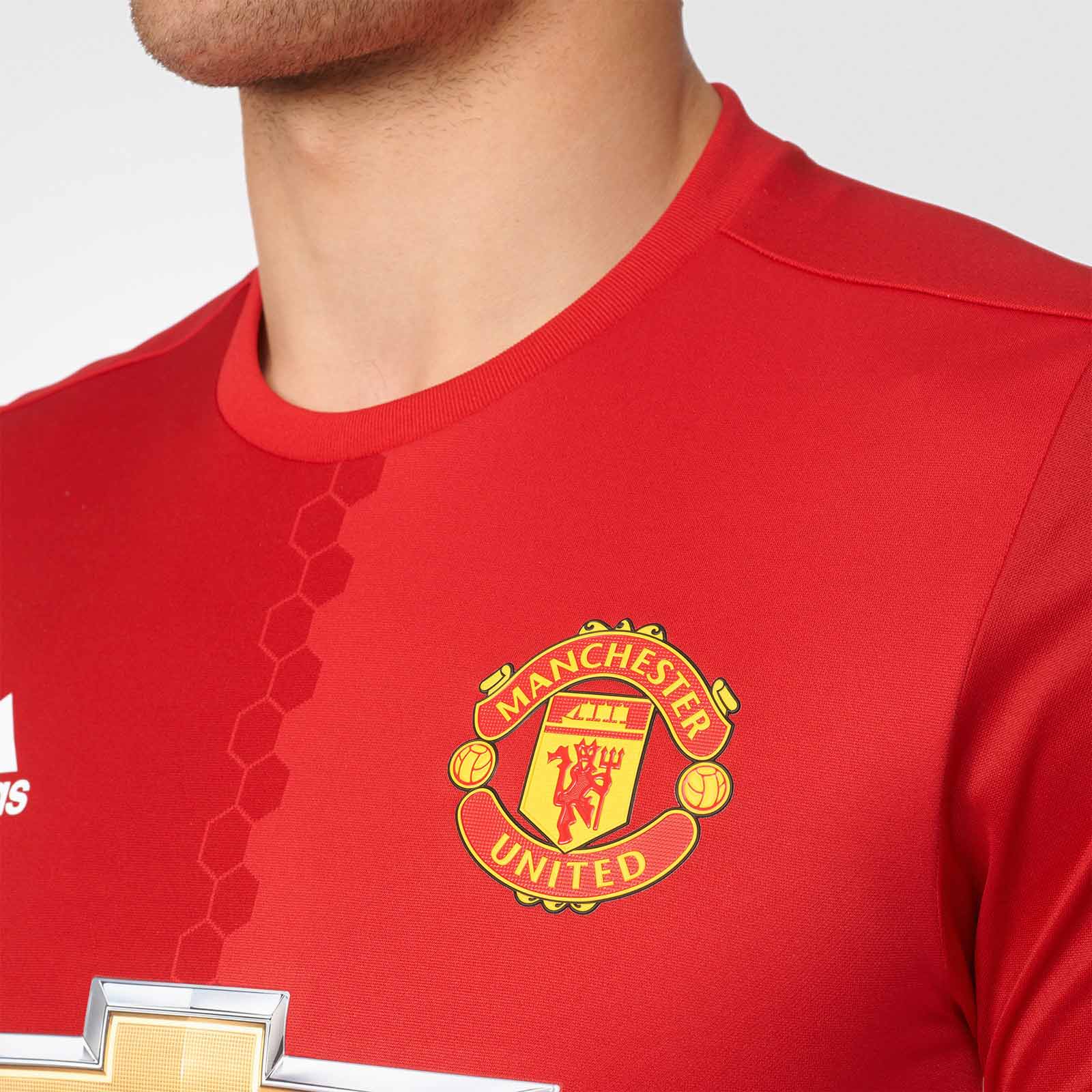 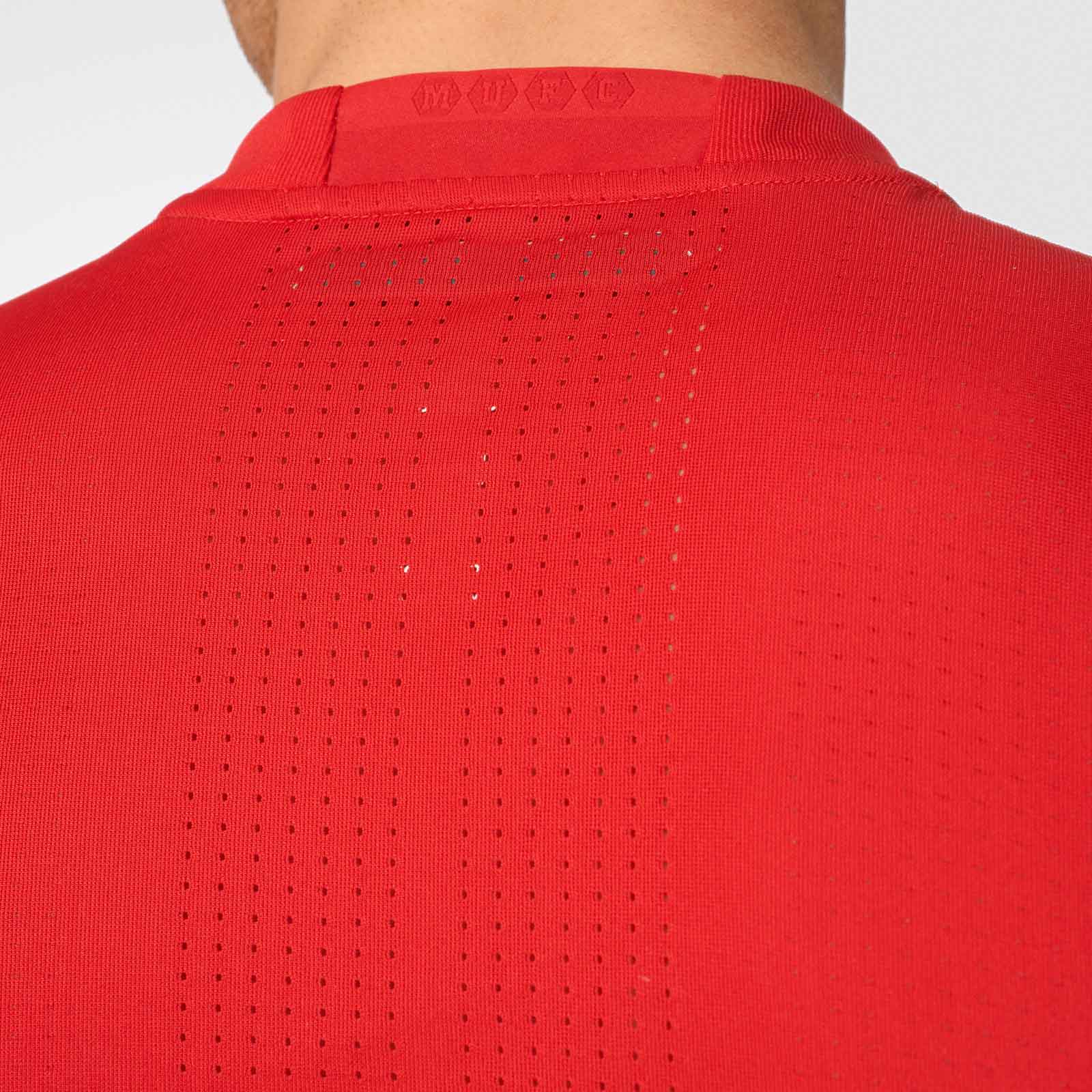 The collar is the lighter red tone, fed by the left side of the shirt which houses the red and yellow club crest. On the reverse of the collar is a panelled motif, “MUFC” whilst “Newton Heath” also appears in a nod to the club’s past. 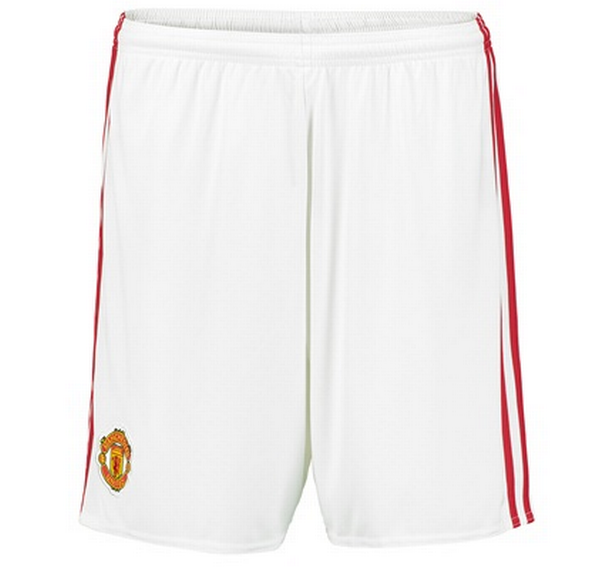 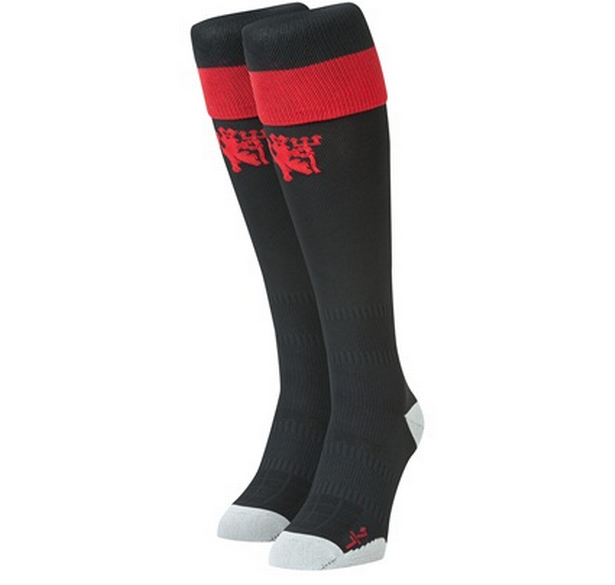 The shorts are white with Adidas’ Three Stripes in red down the outside of each leg. On the shirt, the stripes are white running to the waist from the underarm.

Completing the kit is black socks with a thick red band on the turnover and woven depiction of the Red Devil from the club crest.

You can get your personalised shirts here.