Manchester City’s Australian sibling, Melbourne City, have revealed their 2016-17 kits. The A-League side share ownership with the Premier League giants and are preparing for their new campaign following last season‘s fourth place finish.

The home strip has already been seen in training sessions but this morning, City launched the away strip. 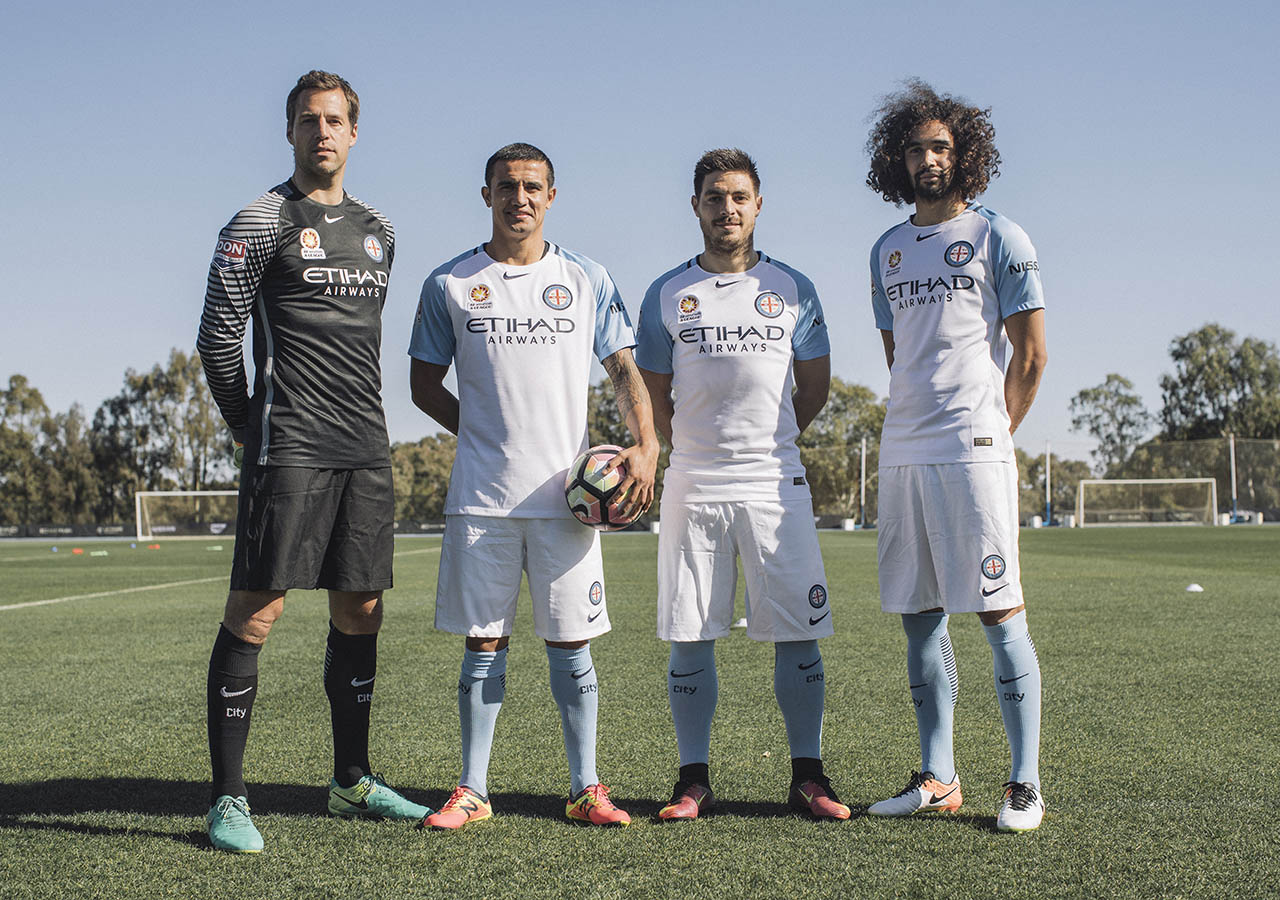 This is the Melbourne City home kit for next season: 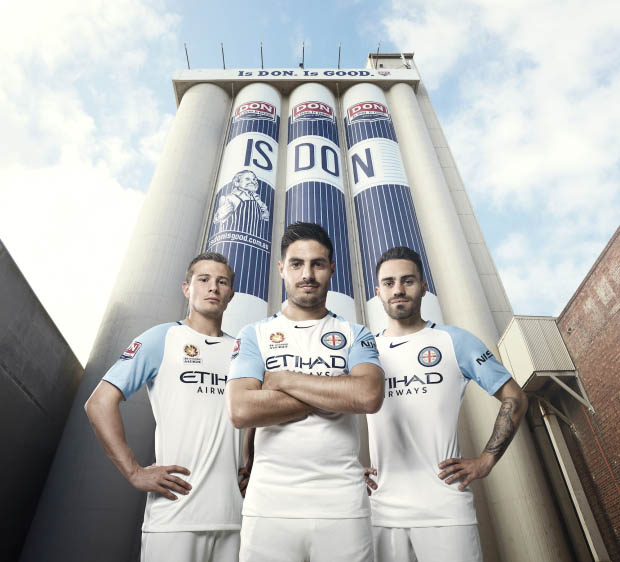 There template is similar to that worn by Manchester City. However, the base colour is white with sky blue sleeves and shoulders offering a stylish contrast.

The trim and logos are in navy, setting them apart from the sky blue, with Nike’s Swoosh prominent centrally below the front neckline. 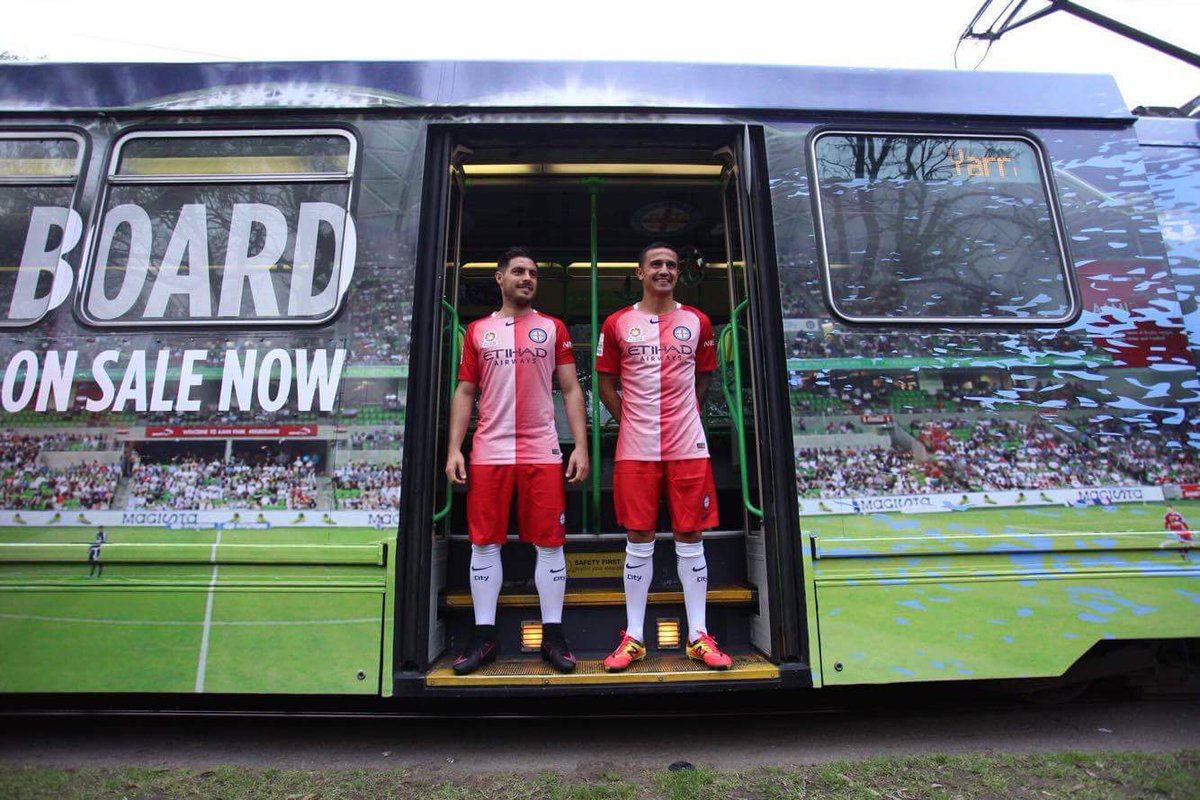 It’s an absolute cracker, reminiscent of the Denmark kit from the mid-80s.

Red and white, the shirt is halved with a gradiented red pattern fading into white. 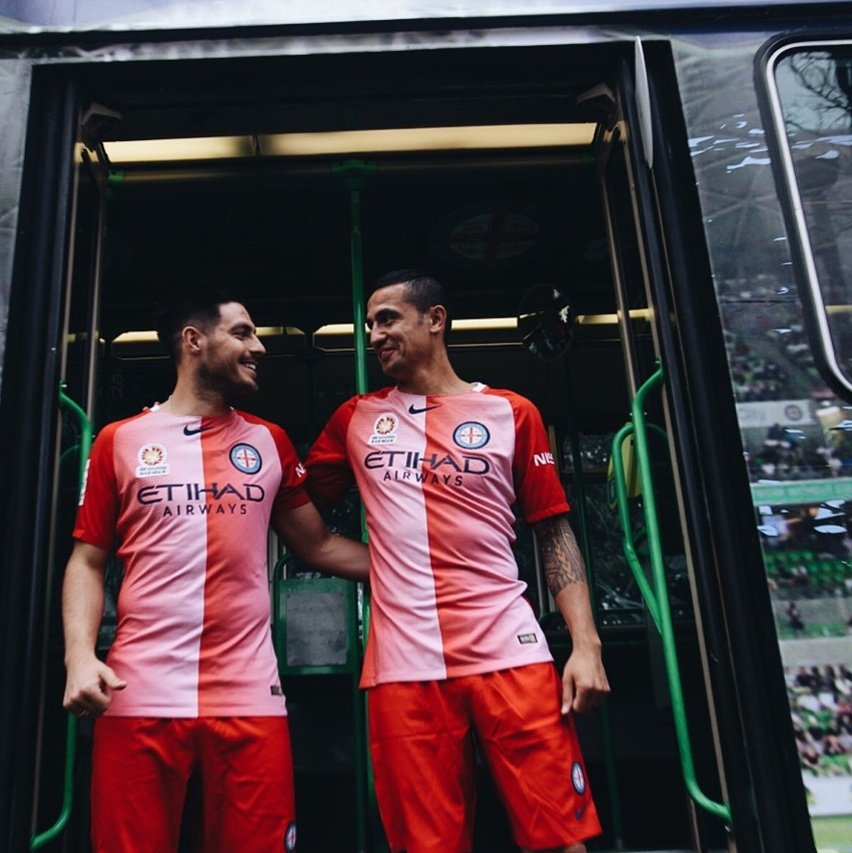 Red sleeves complete the shirt design. The kit is finished with red shorts and white socks. 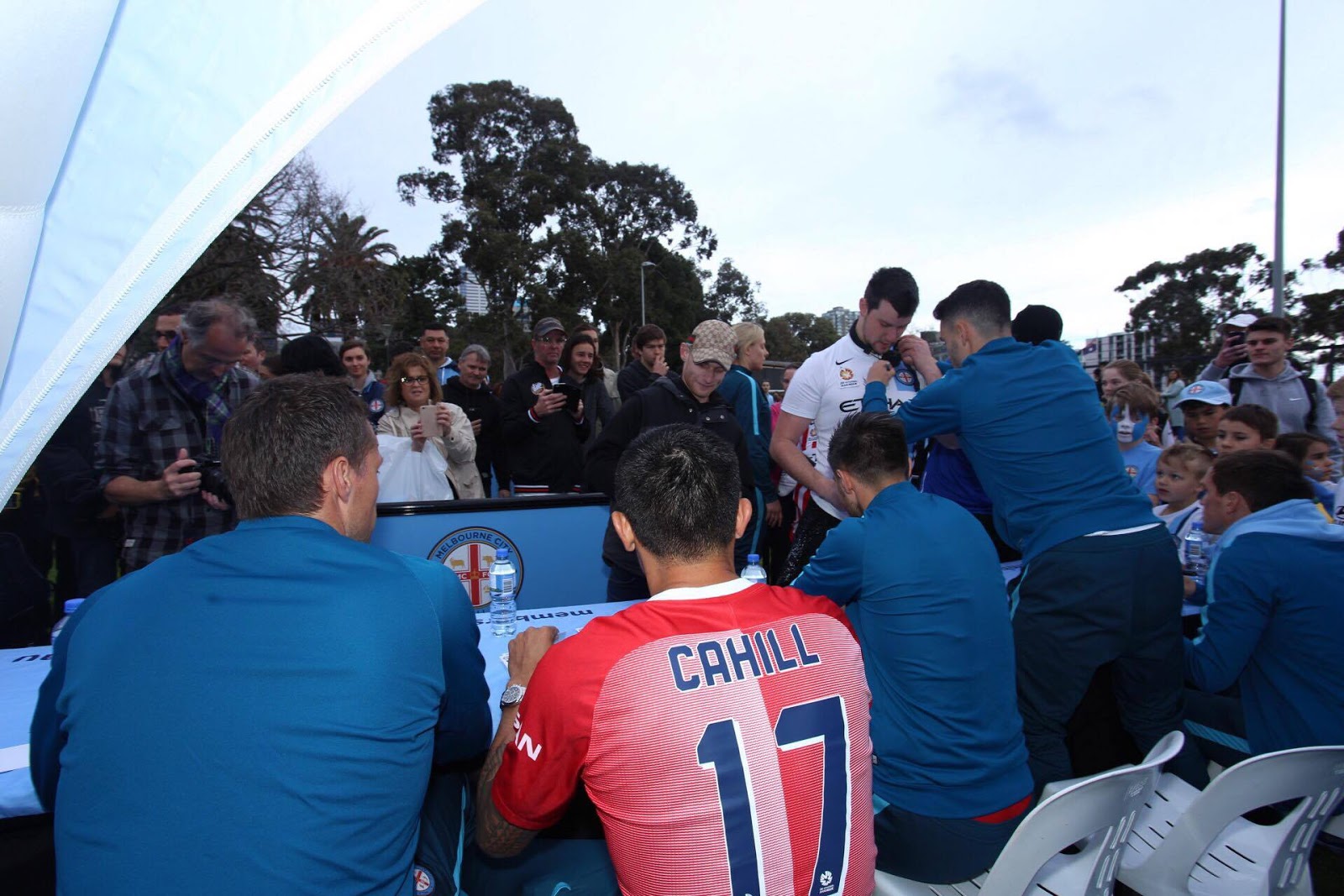 City have two very stylish and striking kits for the season. Their English brothers could take note of the home strip which is far superior to Manchester City’s awful light blue number.