Middlesbrough‘s return to the Premier League was bittersweet. A draw at Arsenal, two against Manchester City but all the good work was undone by a lack of goals. Their seven goalless draws was the most in the top flight while even Sunderland outscored their 27 goals. 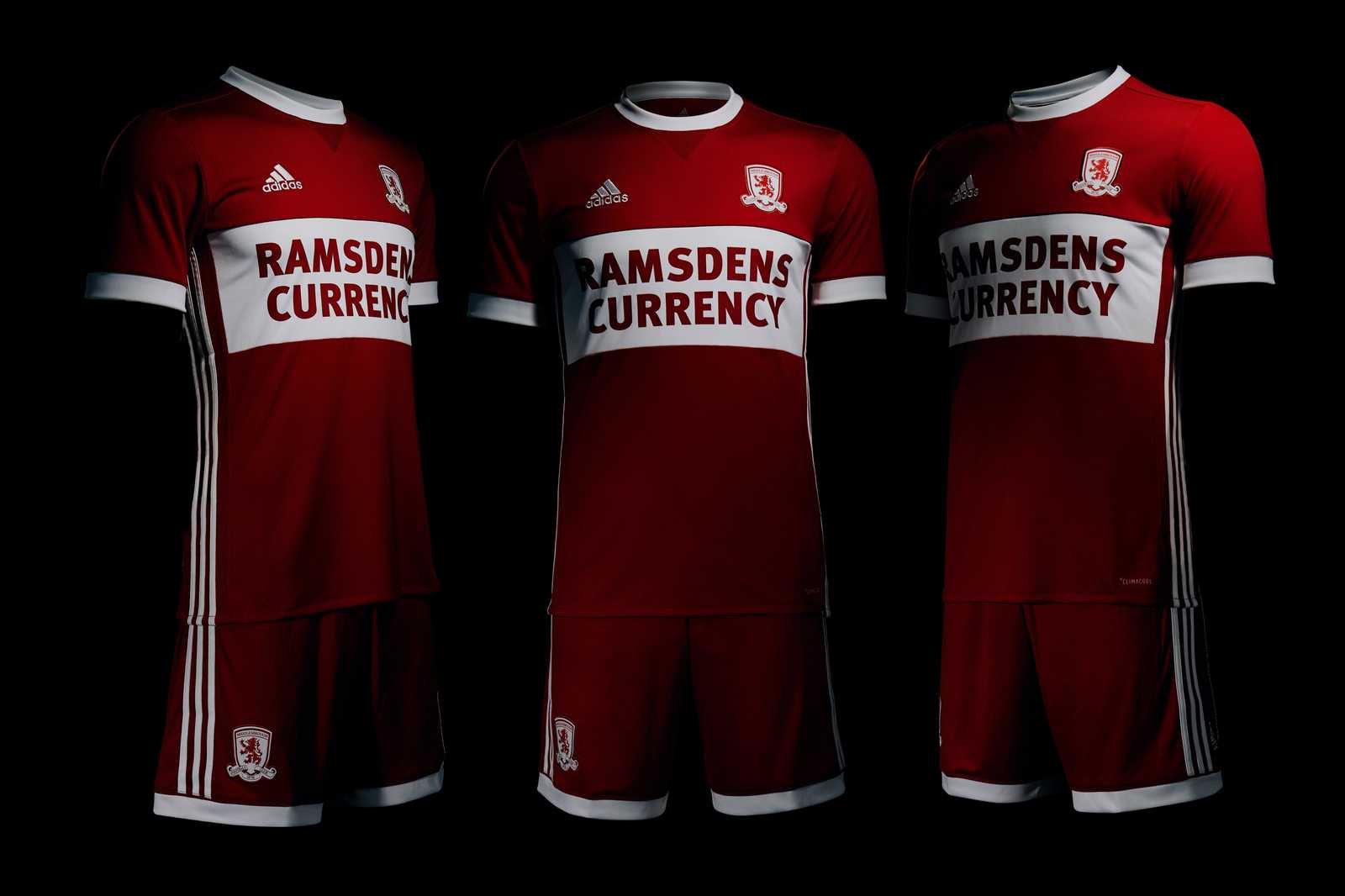 But ‘boro are rebuilding. Gary Monk was appointed as Aitor Karanka’s successor and after his much-admired work at Leeds and Swansea, the club seems to be in safe hands.

He’s already set about solving the goalscoring problem by enquiring about Britt Assombalonga of Nottingham Forest. The retail department will be happy with the additional revenue from printing his surname on the back of shirts if the striker leaves the City Ground.

This is the 2017/18 home kit Middlesbrough will wear next season: 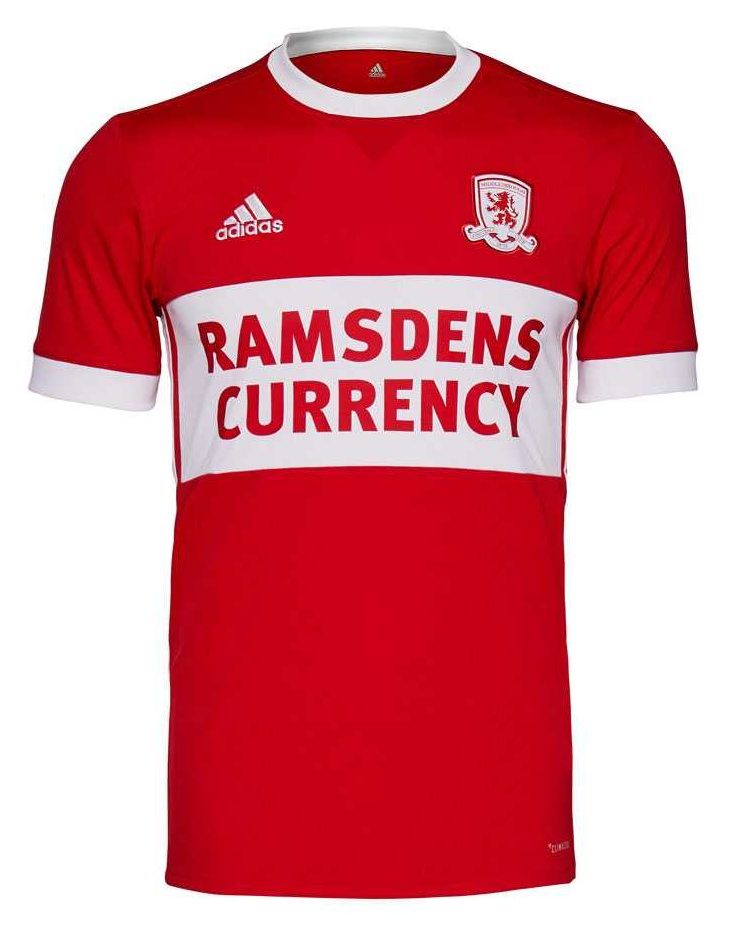 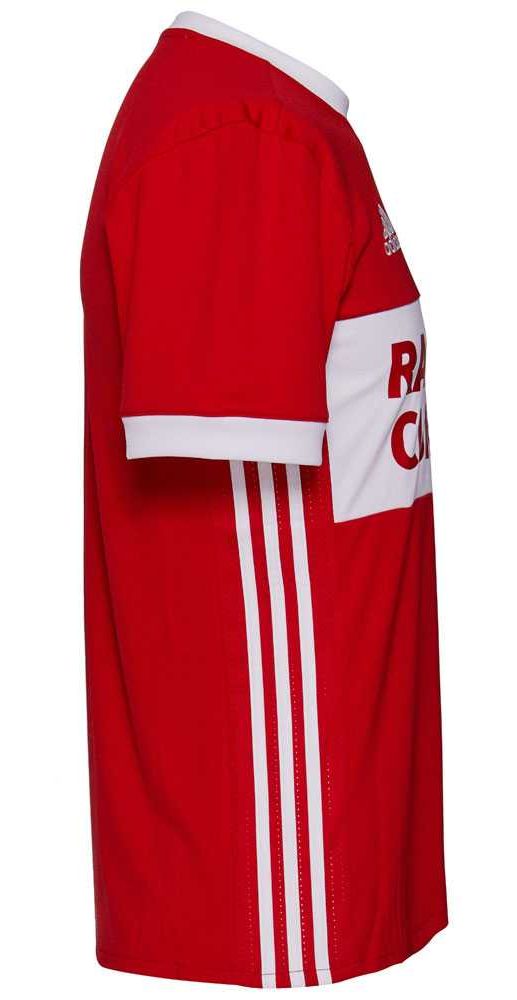 All red with white trim; traditional Middlesbrough colours. The return of the white band across the chest for the first time since 2010 will please supporters. It’s a proper rectangle, unlike the mis-shapen band from 2012.

It gives ‘boro a unique identity in English football. Among all the red shirts, theirs is one to stand out because of this design feature. Yet, it was only worn for the first time in the mid-70s and sporadically once it was dropped in 1978.

The rest of the shirt is unfussy. White collar and cuffs with Adidas’ Three Stripes down the side of the body also in white. 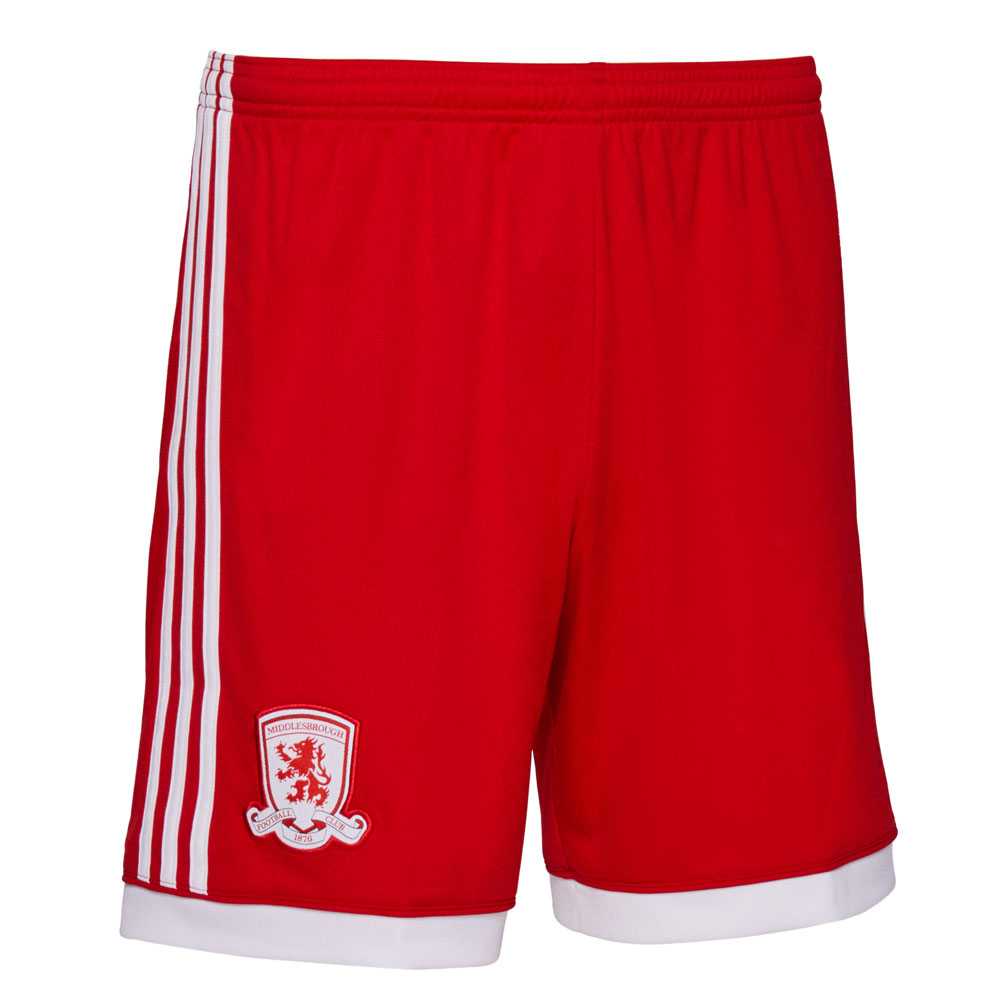 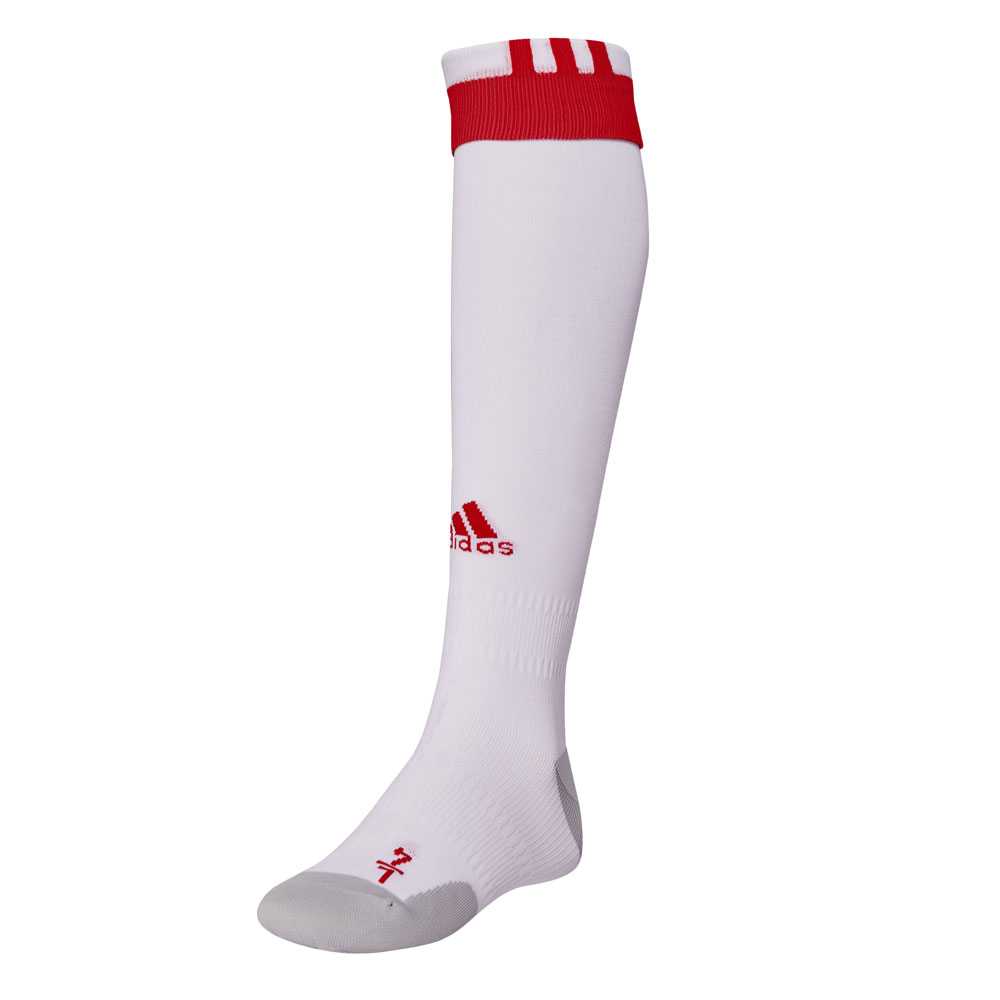 The 70s theme continues with red shorts – with white trim – and white socks – with red trim. 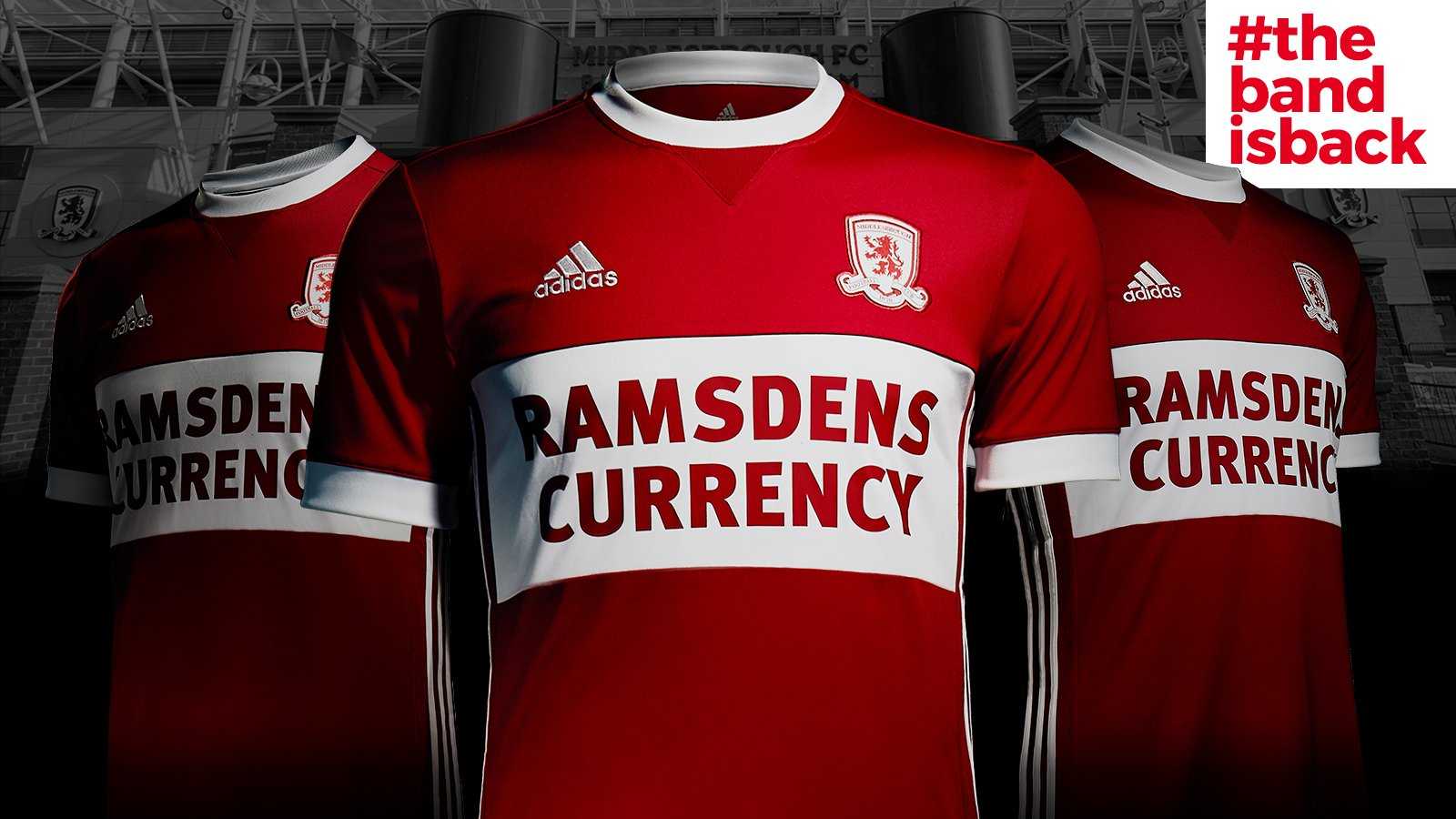 This is the away kit ‘boro will wear next season: 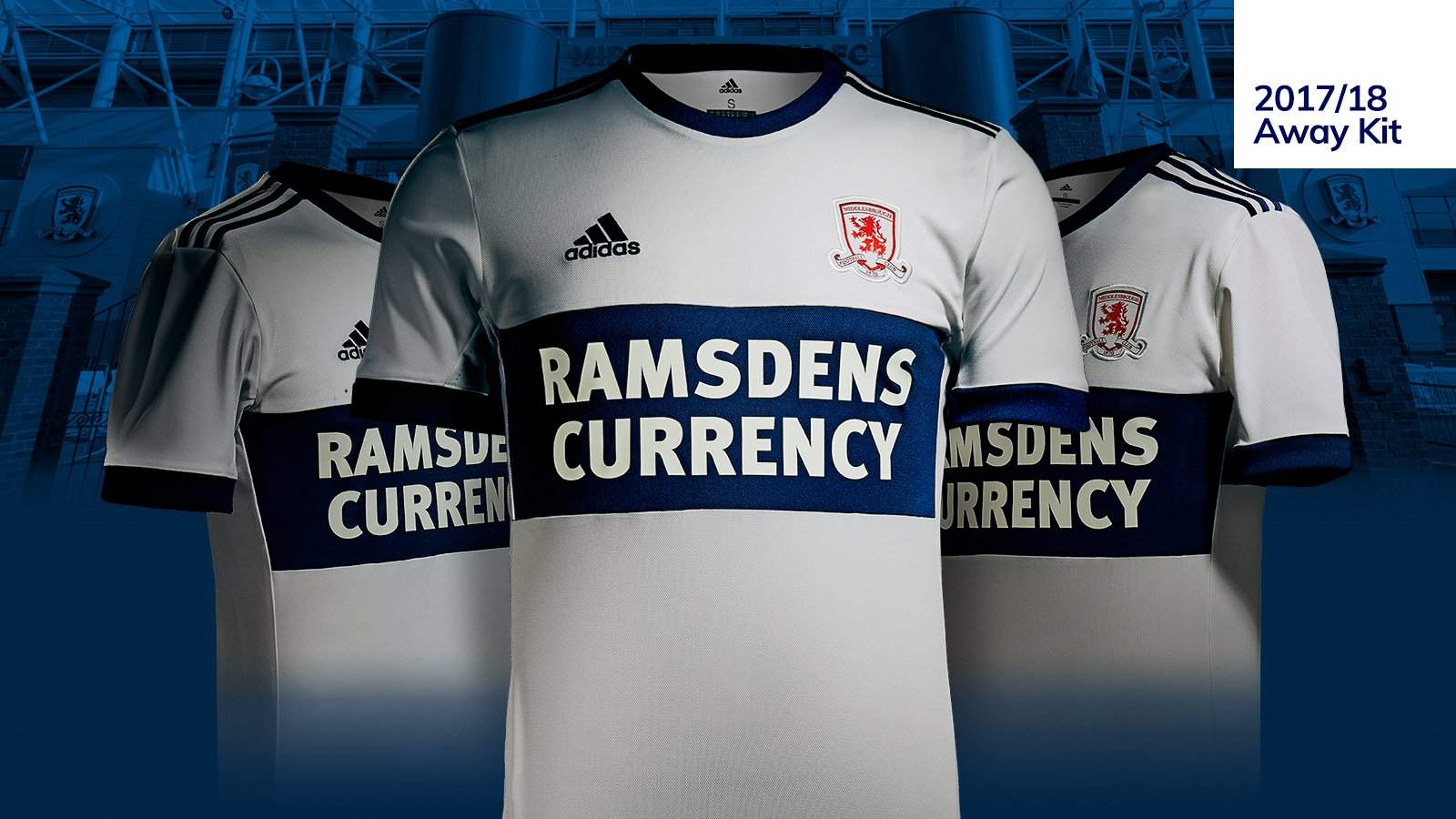 The shirt has a white base with a navy blue band across the chest. Aside from the club crest, the trim is navy blue. Adidas’ Three Stripes run across the shoulder. 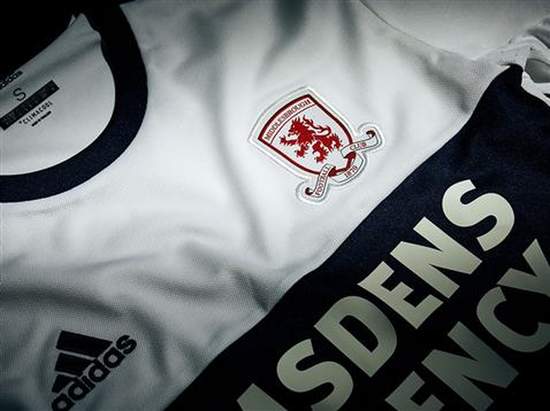 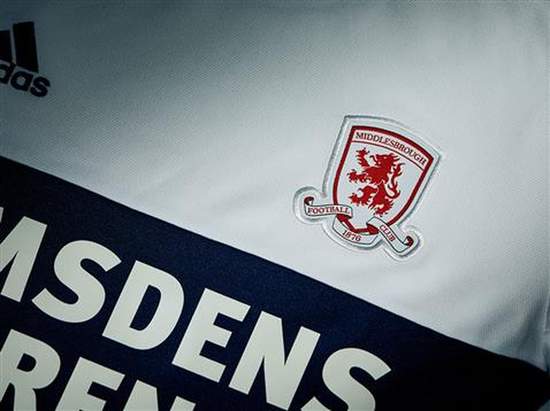 Completing the kit will be white shorts with blue trim and blue socks with white trim.