Celebrating their promotion to the Premier League, Middlesbrough have launched their 2016/17 kits 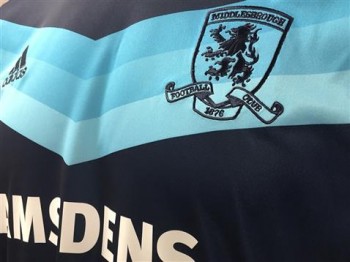 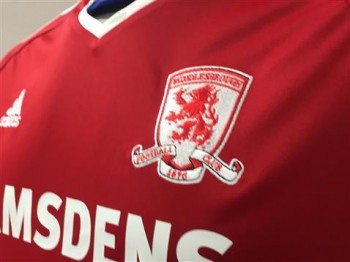 Middlesbrough will wear the 2016/17 home kit pictured below. 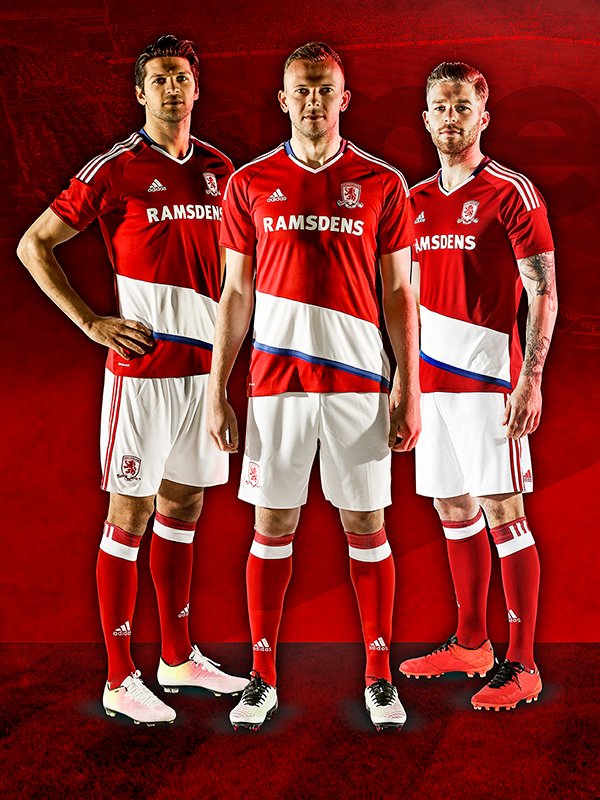 Manufacturer Adidas has unveiled a daring take on the white stripe traditionally featured on the home shirt. Hinting at the sash featured on the 2014/15 kits, this time it is a cumberbund, low slung across the stomach.

It’s met with a mixed reaction from ‘Boro fans with the blue trim sitting above a red and white collar confusing some, even though the club’s original kits in the 19th century were blue and white. 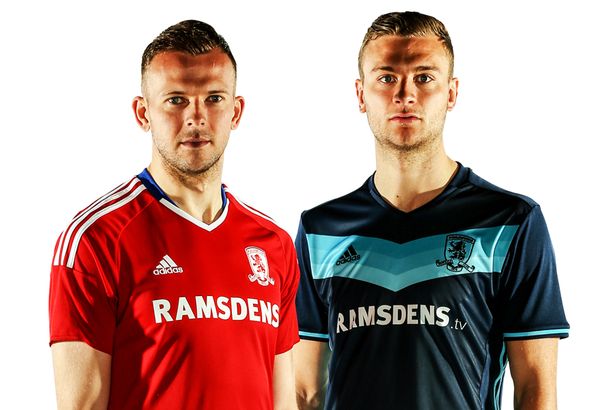 Adidas have opted to show their three stripes on the shoulder, leading from the v-shaped collar. The sleeves are plain red with no trim on the cuff.

The kit is finished off with white shorts which bear three red stripes down either side, and red socks with a white turnover, containing three stripes at the top.

Both the home and away shirts bear sponsor, Ramsdens, logo across the chest.

The Middlesbrough 2016/17 away kit is pictured below 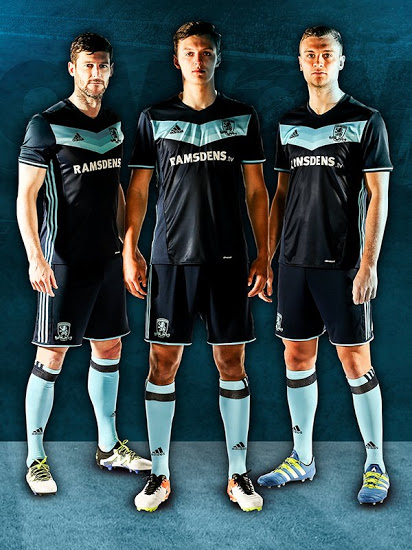 The blue design has been warmly received by supporters. Adidas presented a gradiented three-blue chevron effect across the chest as the pattern. The club’s crest is housed on the left side of the chevron whilst the manufacturers logo sits on opposite on the right. 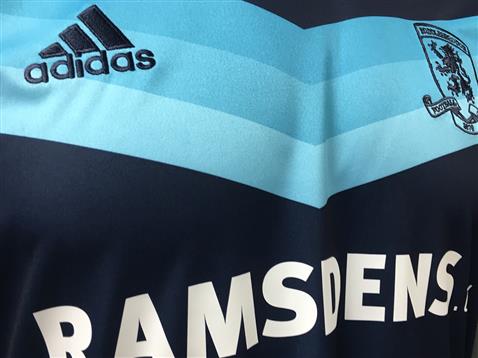 It is a simple but classy design but is it a hit or miss? Let us know in the comments section below.