Montpellier unveiled their new 2016/17 home kit during their visit to Monaco last weekend. The 0 – 2 defeat in Stade Louis II consigned them to twelfth place in Ligue Un and a fourth consecutive season without European football awaits. 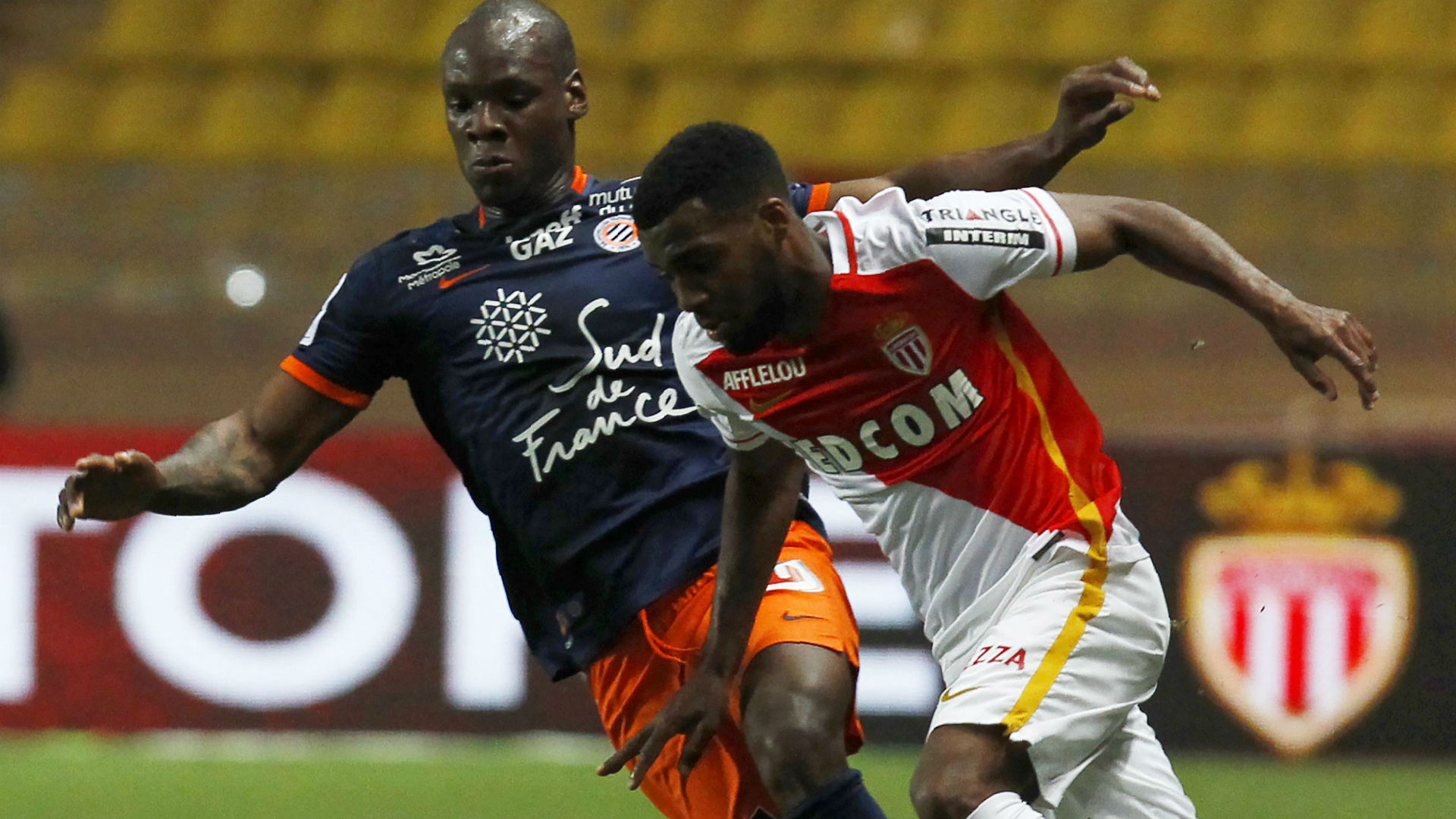 The Montpellier HSC 2016/17 home kit is based around the club’s traditional colours of navy and orange. You might have to take our word as it’s covered in sponsors logos, as the pictures show. 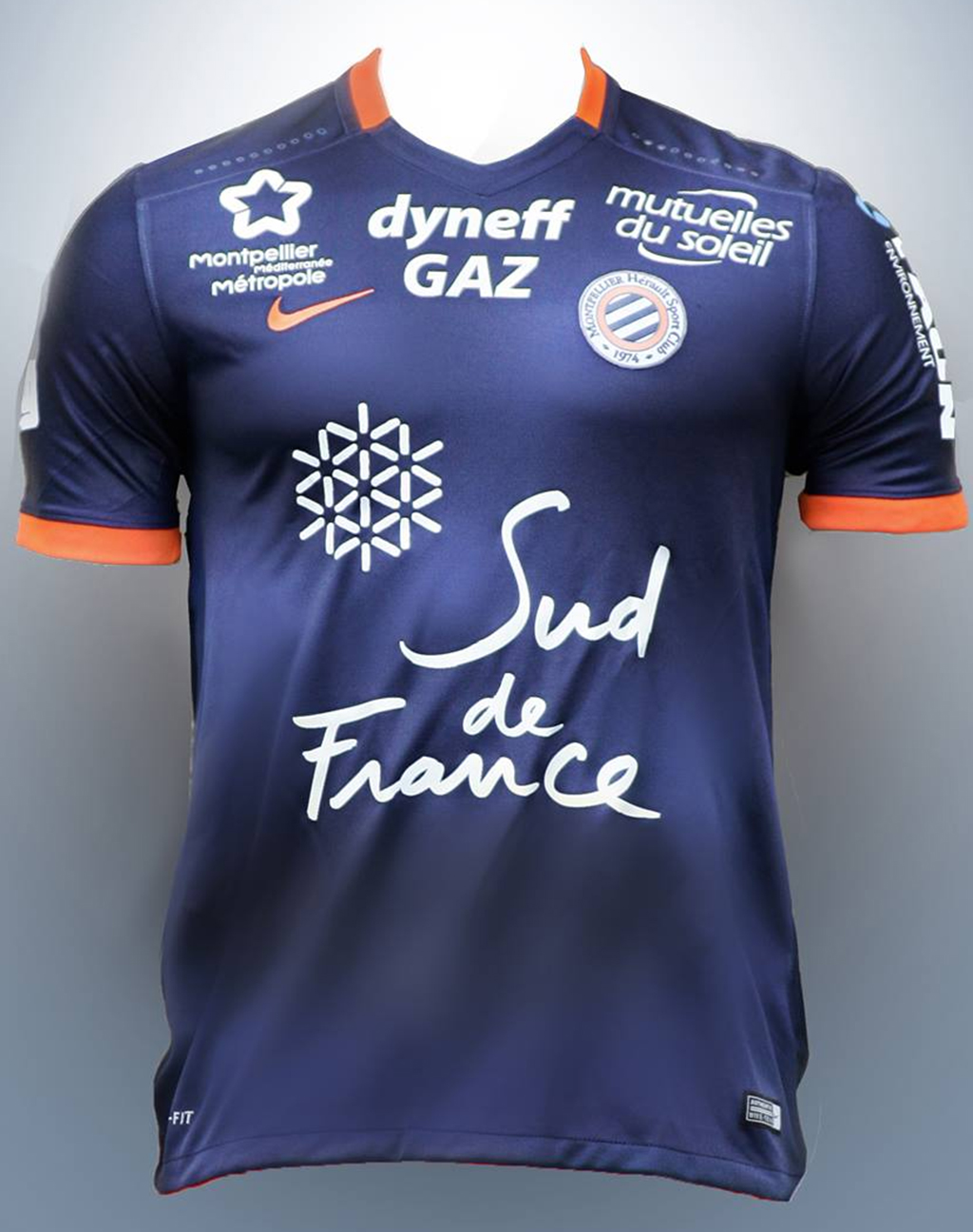 The rest of the world may believe that little is more but not La Paillade. With four sponsors logos on the front and one on each sleeve, the shirt has more in common with the cyclists outfits on the Tour de France than football kits. Little wonder that Nike has opted for a plain navy blue body this season. 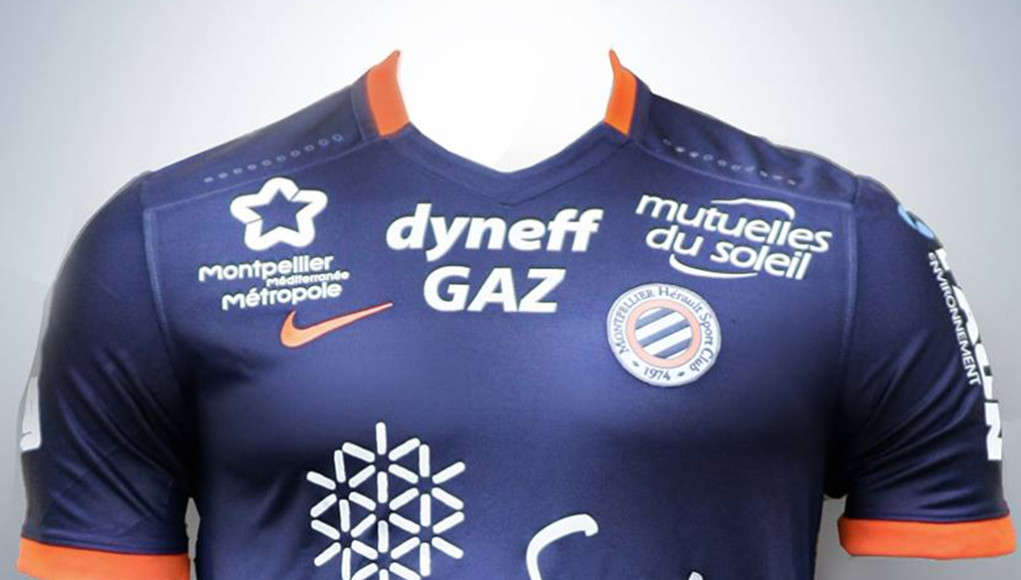 The orange collar gives way at the front to a navy v whilst each of the shirt cuffs is orange, to contrast the blue sleeves. Next season’s shorts will be orange and in a change, the socks will also be navy, as opposed to the white ones worn this year.

It gives plenty of scope for the club to find some more sponsors…! Is this a hit or miss – let us know in the comments.