Montreal Impact began their 2017 MLS campaign with a defeat yesterday at San Jose Earthquakes. The single-goal defeat was their first ever in that part of California. 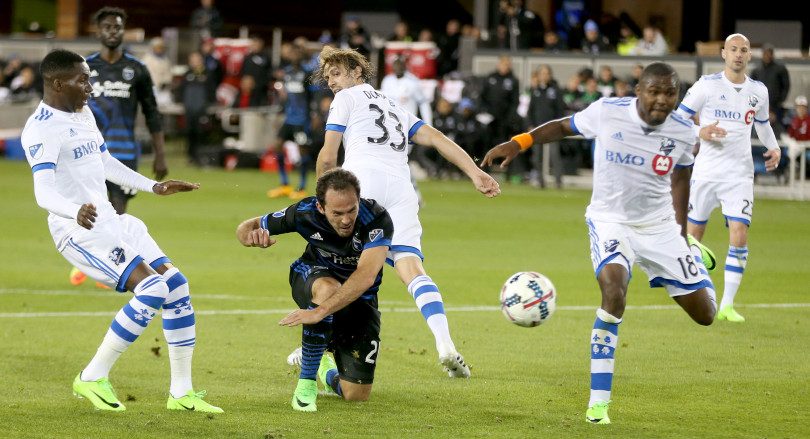 This is the Montreal Impact 2017 away kit: 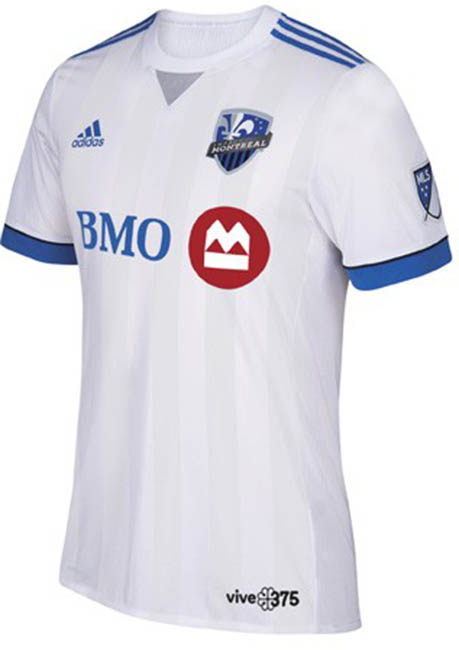 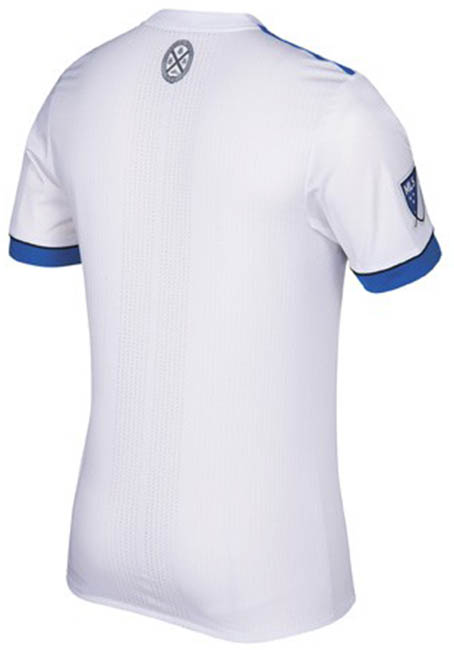 The white shirt comes with predominantly blue trim, although splashes of black and grey are evident. Tonal vertical stripes, giving a silver-effect, travel down the shirt body on the front.

It’s a standard Adidas crew-neck top, featuring Three Stripes in blue across the collar. Underneath the white collar is a grey-filled triangular patch.

The sleeve cuffs are a thick blue band underneath a thin black one. 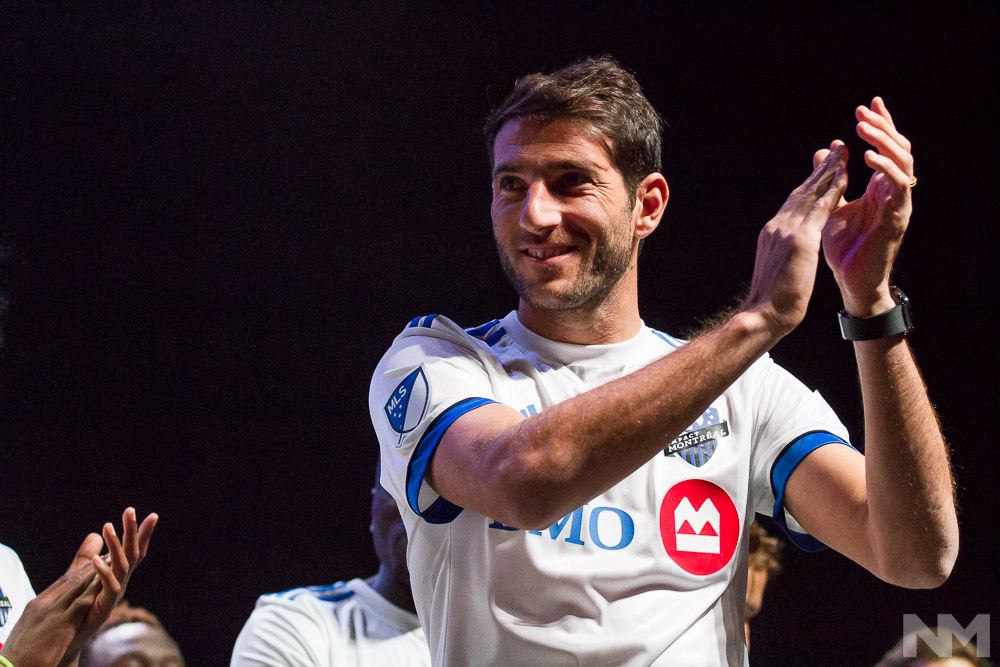 Adidas’ logo is blue on the right breast, opposite the club crest. Sponsor, Bank of Montreal, has their initials in blue beside their red logo, adding a touch of colour to proceedings. 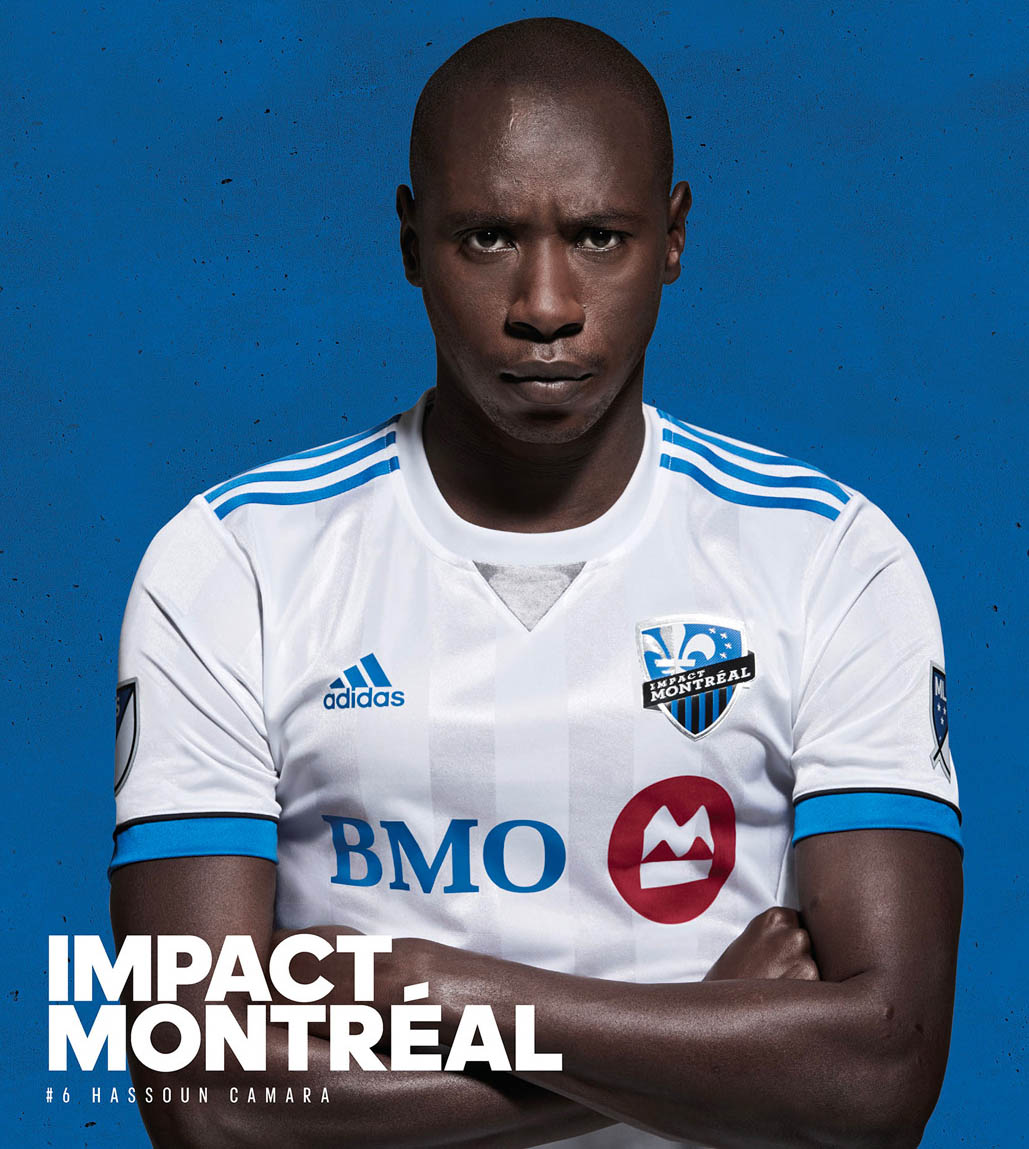 Completing the kit is white shorts with Three Stripes in blue down the outside of each leg. The socks, also in white, feature blue hoops across the upper half.