With one week until the official launch on 26th May, pictures have emerged of what is believed to be the new kit. Confirming the earlier design, it is back to the future for Blaugrana with the 1992/93 kit heavily influencing next season’s shirt. 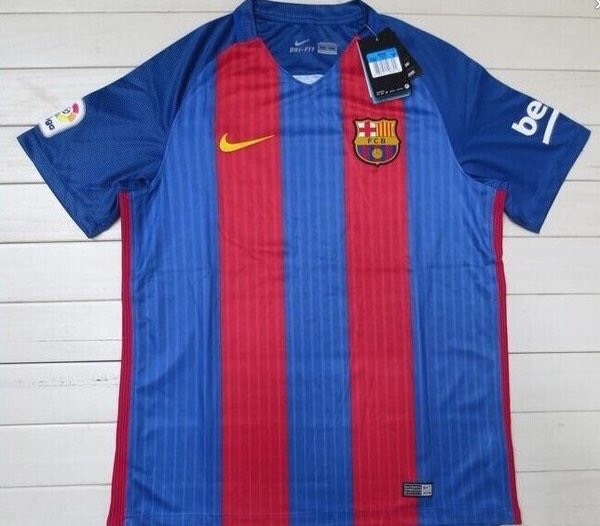 New Barca Kit Leaked – And it’s Not Got Hoops!!

It’s been a tough few months for Barcelona fans. Not on the pitch of course, Suarez, Neymar, and Messi have been a complete joy, but the hoops they have been wearing, well, it’s not really Barcelona is it?

After one full season we will see the return of the stripes, and we can imagine many Barca fans are happy. Back in December 2014 when the kit was revealed, fans believed it took away from traditions, which the board had already destroyed so many of, choosing business over the entire culture of a club.

This was backed up by many other fans, with sales of the away kit up on the previous season in many sports retailers following their release, but next term we’ll be blessed once again with the Blaugranes back in their regular, vertical form.

The kit itself has a very classic look, reverting back to a collar for the first time in over a decade, alongside the Club World Cup badge in the middle to celebrate their fantastic win over River Plate in December. 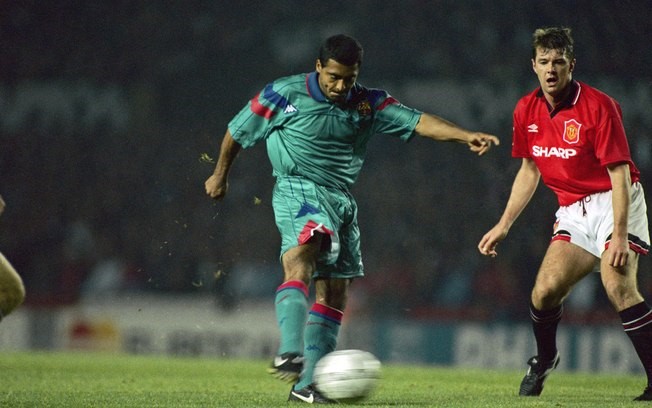 The strip will be complimented by a turquoise away shirt, taking inspiration from the iconic shirt wore by the likes of Ronald Koeman, Romario, and Michael Laudrup wore back in 1992/93 when they won La Liga.

The third strip is slightly more controversial. A gnatty purple number which we can’t imagine will see an increase in sales compared to this season.

However, it appears to be a victory for the fans with the new home model and next season Barcelona will, hopefully, be defending titles in all the style and grace of the players themselves.