Chelsea will go into season 2016/2017 with renewed optimism after a disappointing season by their standards. We might not know who will be managing the London club yet, but we know what the players will be wearing when they step out onto the Stamford Bridge turf.

Adidas are set to release their new Chelsea jersey in May this year, perhaps even before the season is entirely finished. The design of the Chelsea football shirt is based on the Russia/Spain Euro 2016 template and will boast an all over pattern of the famous Chelsea lion.  The shirt will again have the clubs Yokohama sponsor although the ‘Tyres’ annex has been removed. 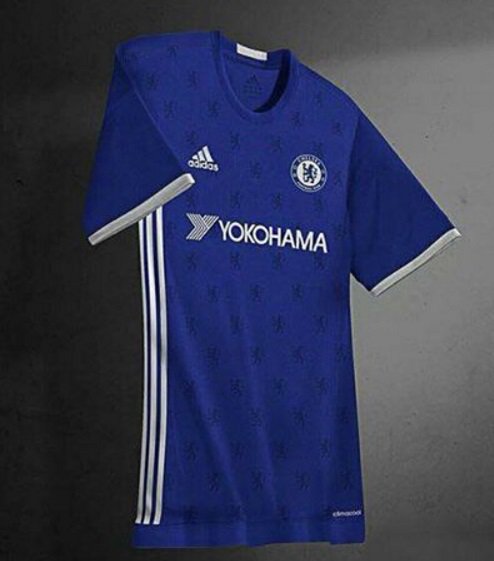 The kit wouldn’t be complete without the blue shorts and white socks that make Chelsea so recognisable when they play their games.

We think Chelsea fans will really enjoy this new take on their home jersey, especially with the Chelsea Lion printed all over it.

What do you think?

Is this the new Real Madrid Away Jersey?
New 2016/2017 England Shirt Leaked
To Top