You don’t have to wait ’till the end of the month to see the new Netherlands home shirt!

The Dutch shirt has been leaked online as the players get set to debut the new kit on March 25th against Euro 2016 hostsFrance.

The Nike designed shirt uses the same template as the new England shirt for 2016/2017 season. 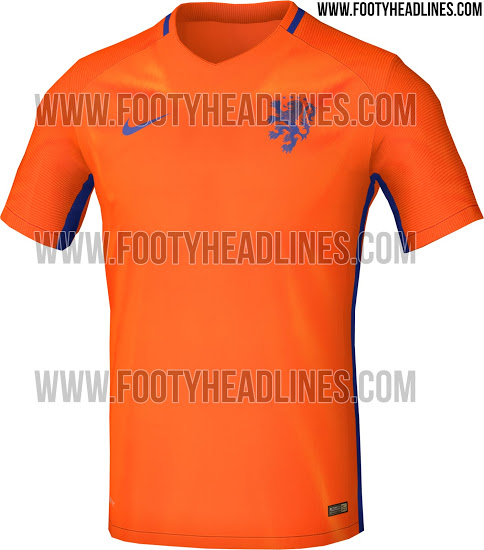 Of course, the Dutch shirt is easily recognisable with its bright orange design; It displays purple round the fringes of the jersey and the iconic Nike logo on the breast. It also boasts a modern collar and a mesh panel at the front of the football shirt for extra breathability. It’s such a shame this won’t be displayed at this year’s Euro tournament.

Even though the Netherlands are uncharacteristically missing out on this summer’s major tournament, the shirt is still expected to sell well.