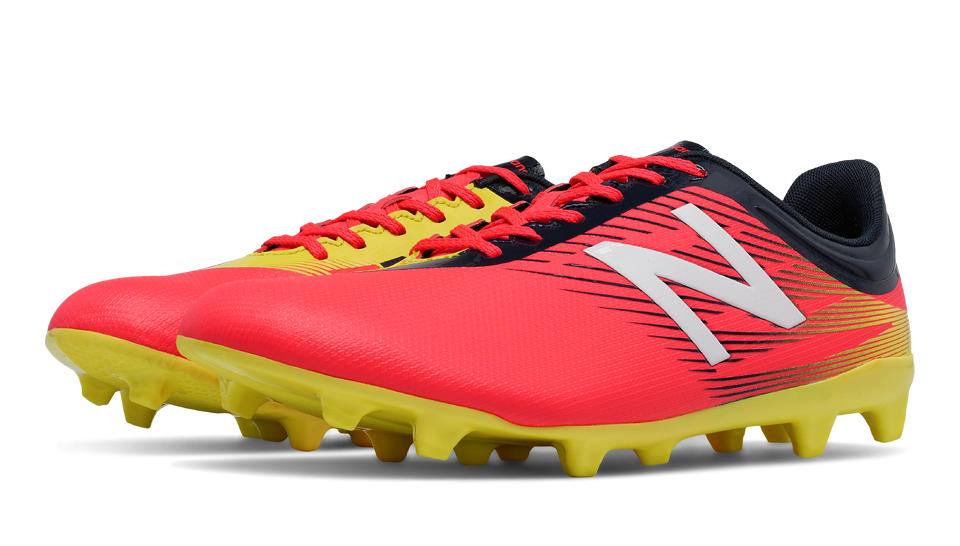 New Balance have today released the Furon 2.0 boot for pre-order in new ‘Bright Cherry with Galaxy & Firefly’ colourway. It’s a vivid statement for the American manufacturer to make and comes in the Furon Dispatch and Pro ranges. 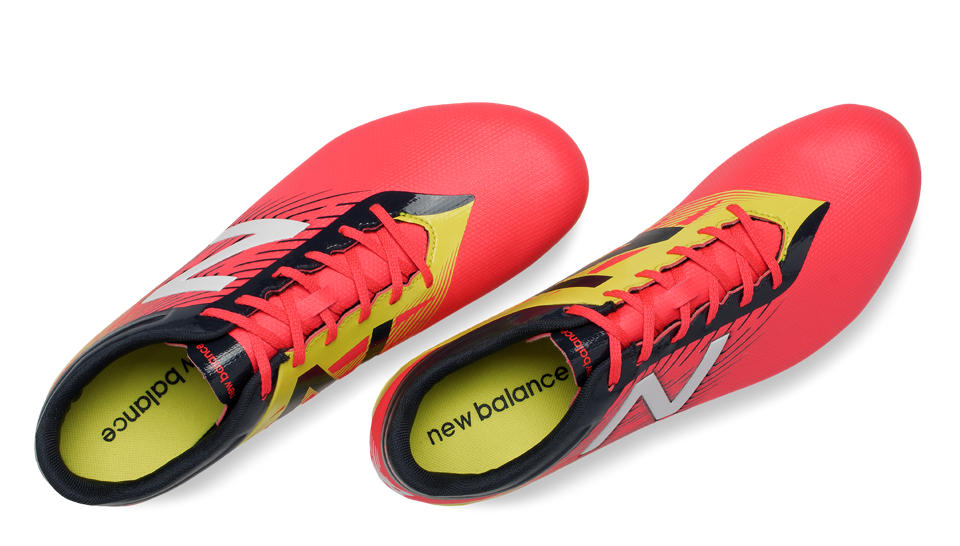 The Despatch has a one-piece synthetic upper with printed New Balance logos in white on the outside and navy blue on the inside of the foot. Alternating print is a feature of the boot, with the Galaxy and Firefly colours alternating down the instep, with the outside of the boot setting the manufacturer’s logo against a striking navy striped background, contrasting with the subtler yellow stripes of the inner.

Finishing off this model is an all-yellow sole, the molded studs shown below of the Firm Ground (FG) variety. 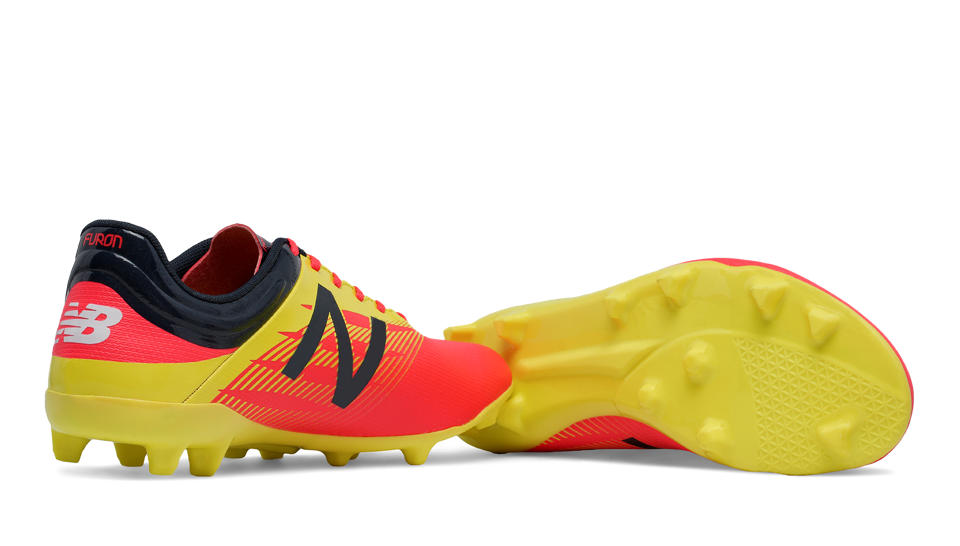 New Balance meanwhile believe that the ‘Pro’ range will be favoured by strikers, with an “engineered upper for explosive release on your shots”.

With a “stiffened soleplate”, the boots offer greater traction across the surfaces, giving the pacey forward an unassailable advantage over defenders.

It’s certainly a colourful introduction to the new range of boots. Let us know if it’s a hit or miss in the comments.