Hot on the heels of the new Visaro colourway, the same treatment is given to the New Balance Furon boot silo. Red, white and blue once again, although this time white is dominant. First of all, they are white, atomic and barracuda according to New Balance’s colour scheme. 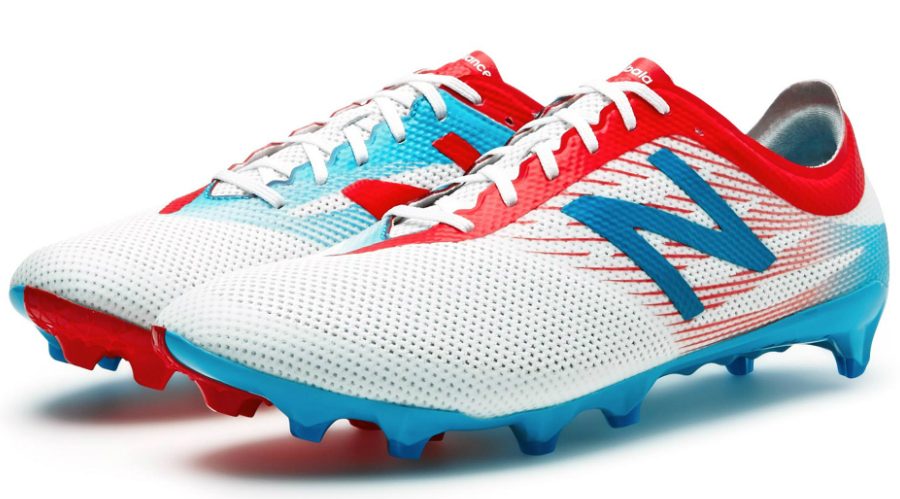 This is the New Balance Furon white colourway boot:

The white upper features New Balance’s patented technologies and as a result, the lightweight cushioning results in improved strength and support for players. The mesh upper is a nylon hybrid, consequently offering improved flexibility.

On the outside of the boot sits a blue ‘N’, positioned over red patterning. Around the heel, the blue pattern leads to the inside of the upper. A red ‘N’ is atop blue and white paint work.

As a consequence of the improvements in the boots, more players are attracted to the silo. The roster includes Premier League stars Jesus Navas, Kevin Mirallas and Kasper Schmeichel.