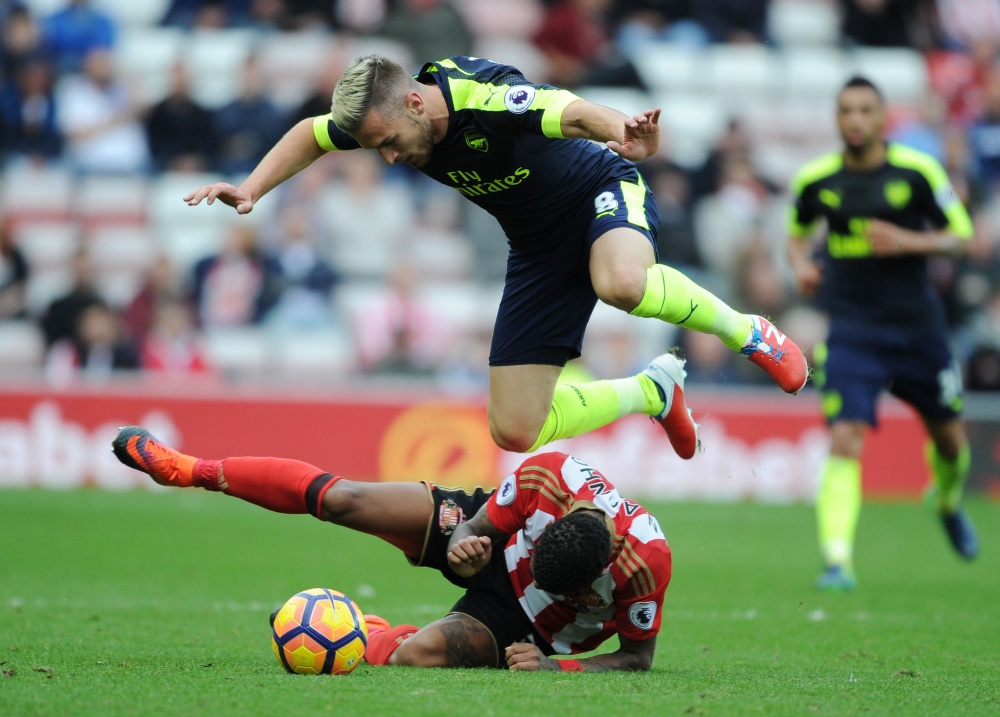 Aaron Ramsey debuted the boot on Saturday at the Stadium of Light during Arsenal’s 4 – 1 win over Sunderland.

This is the Visaro red, white and blue colourway:

It’s the second colourway that New Balance has issued for the Visaro boot silo this year. First of all, it’s bright, and almost certain to get players noticed with the predominantly red upper.

Here’s my new colour #Visaro. Looking forward to getting them on. It’s Game On. @nbfootball

This Visaro uses the same boot technology as the last release; it is just a new colourway, nothing more. The Visaro retains its’ focus on comfort, the PU bonded top layer, pro-form and debossed sweetspot, as a result giving unbeatable control of the ball.

Take charge of your team. Demand the ball and start off the next attack. It’s Game On in new colour #Visaro

The heel and rear of the boot are white with blue trim, as well as blue New Balance logos. In addition, this pattern is repeated on the soleplate. Finished with blue tipped studs on the outer, red studs are configured for a perfect 360º turning circle at pace.

It’s another stunning boot in a great year from the designers and a colourway is sure to prove popular with young and old players alike.