The Faroe Islands FA has issued a new kit, the first in two years. The FA – Fótbóltssamband Føroya in Faroese – selected Adidas as their kit supplier for the senior mens international team – nicknamed Landsliðið. 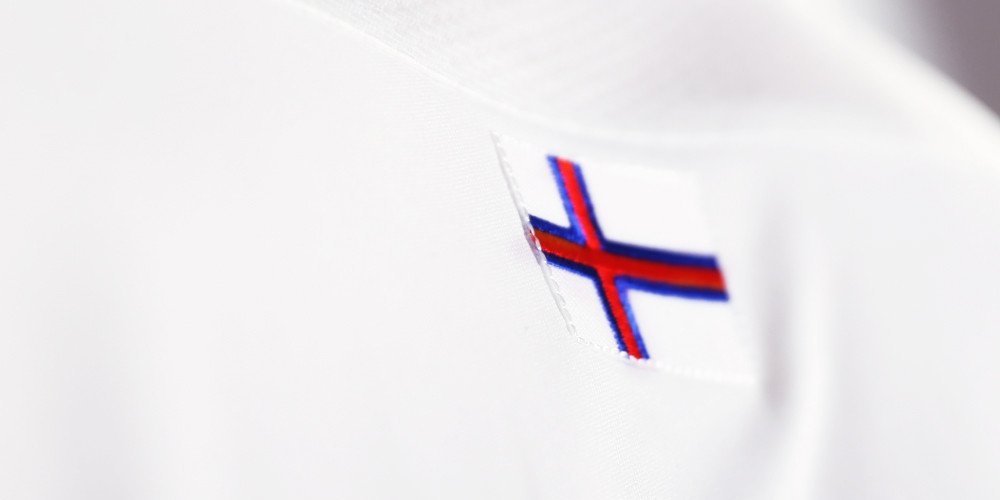 Adidas has taken the core colours of the Faroe Islands flag – present on the reverse of the shirts. 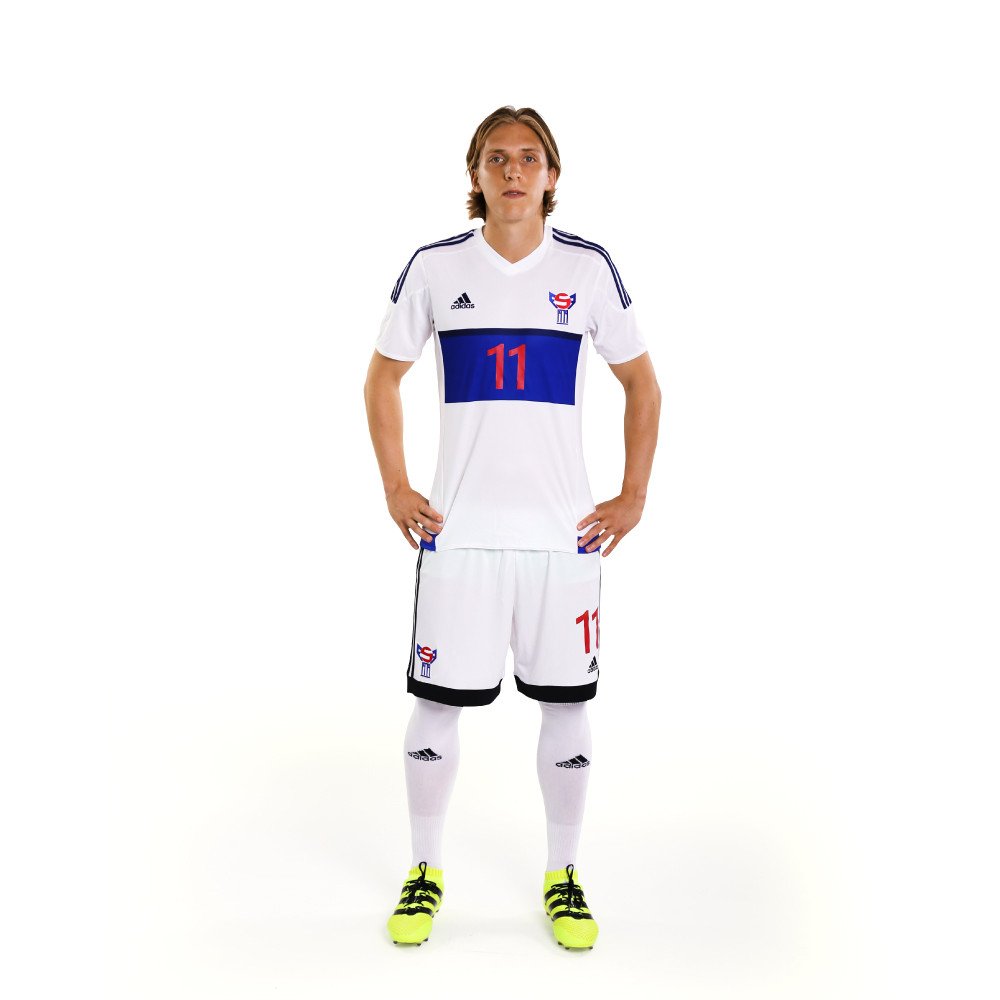 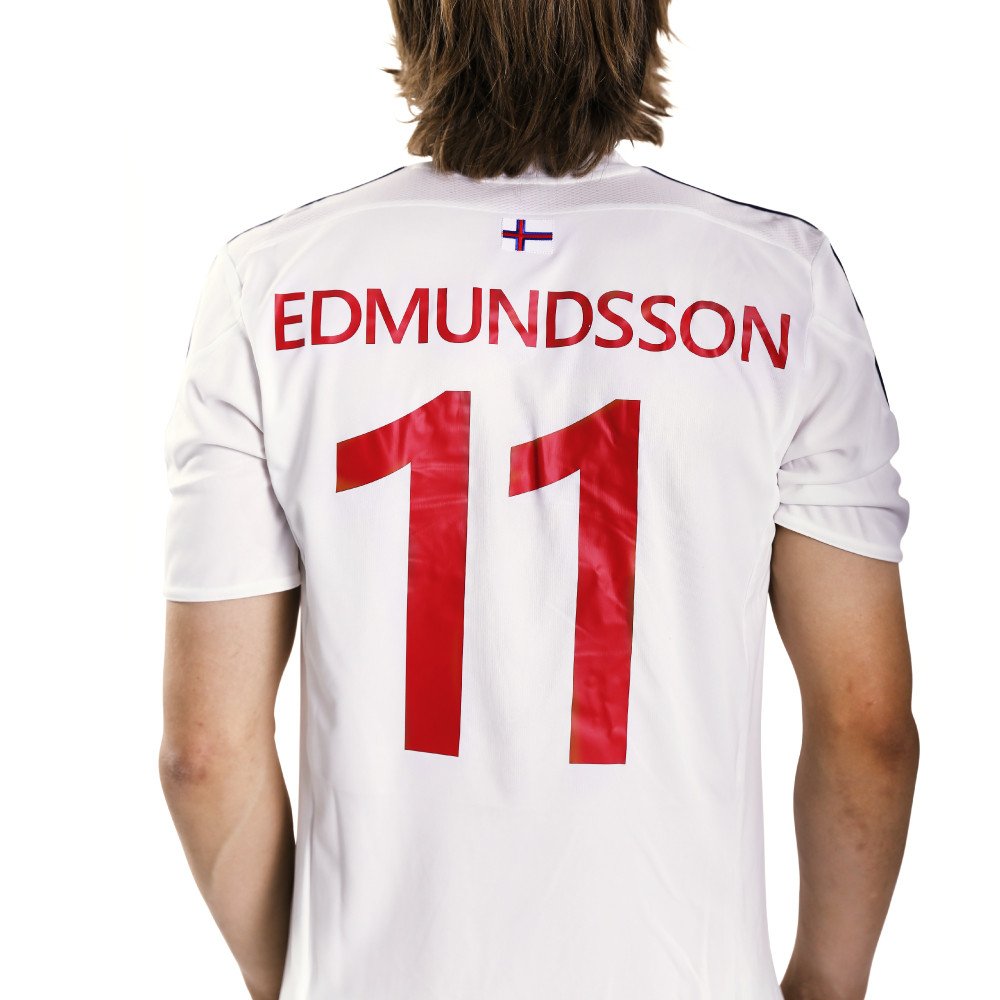 The core colour is white with blue and red trim and accents.

Most prominent is a large blue band across the chest on the front of the shirt. It is topped with a thinner darker blue band. 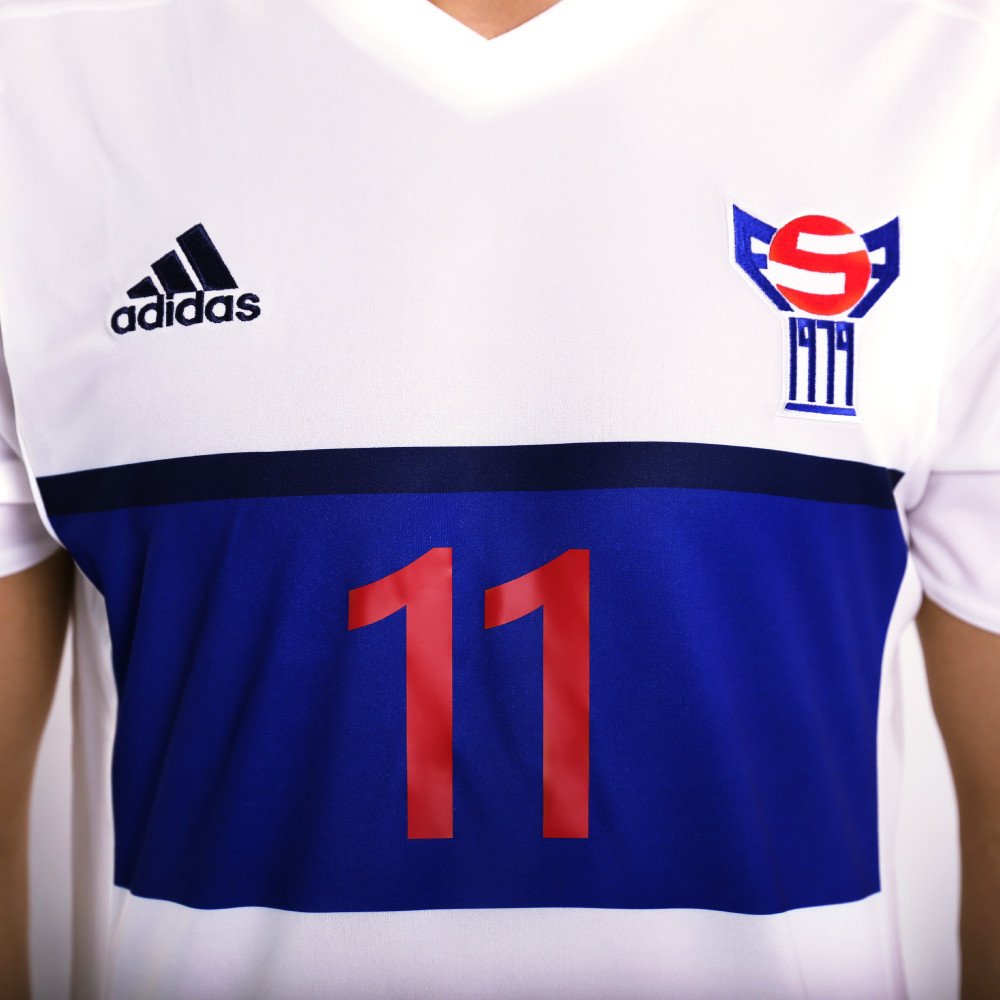 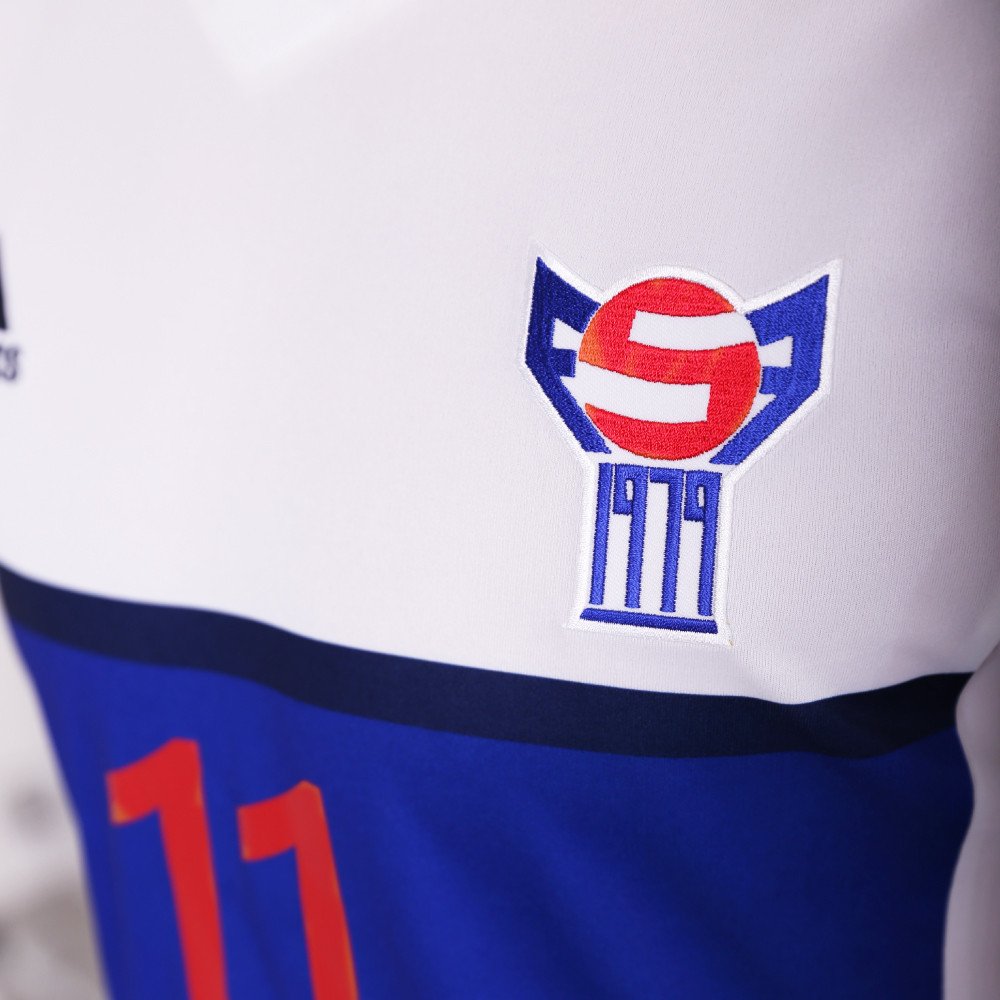 The shirt has a v-neck collar with Adidas’ Three Stripes in blue across the shoulders.

White shorts feature blue trim in the form of the trademark Three Stripes and thick blue bands across the bottom of each leg. The kit is completed by white socks.

The kit made its debut in the 0 – 6 defeat by Portugal, a match in which Andre Silva scored his first hat-trick for the Portuguese national side. It followed a 2 – 0 win in Latvia the previous week.

This is the Faroe Islands away kit for this season: 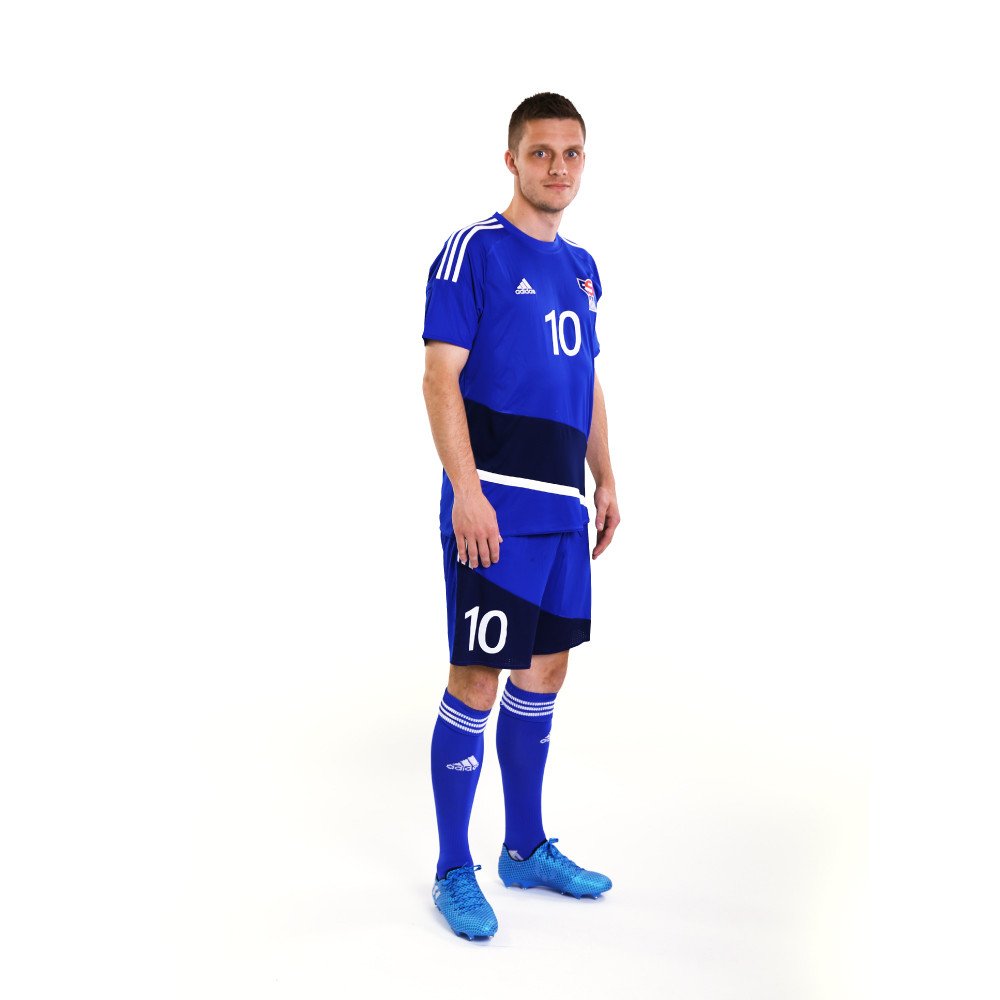 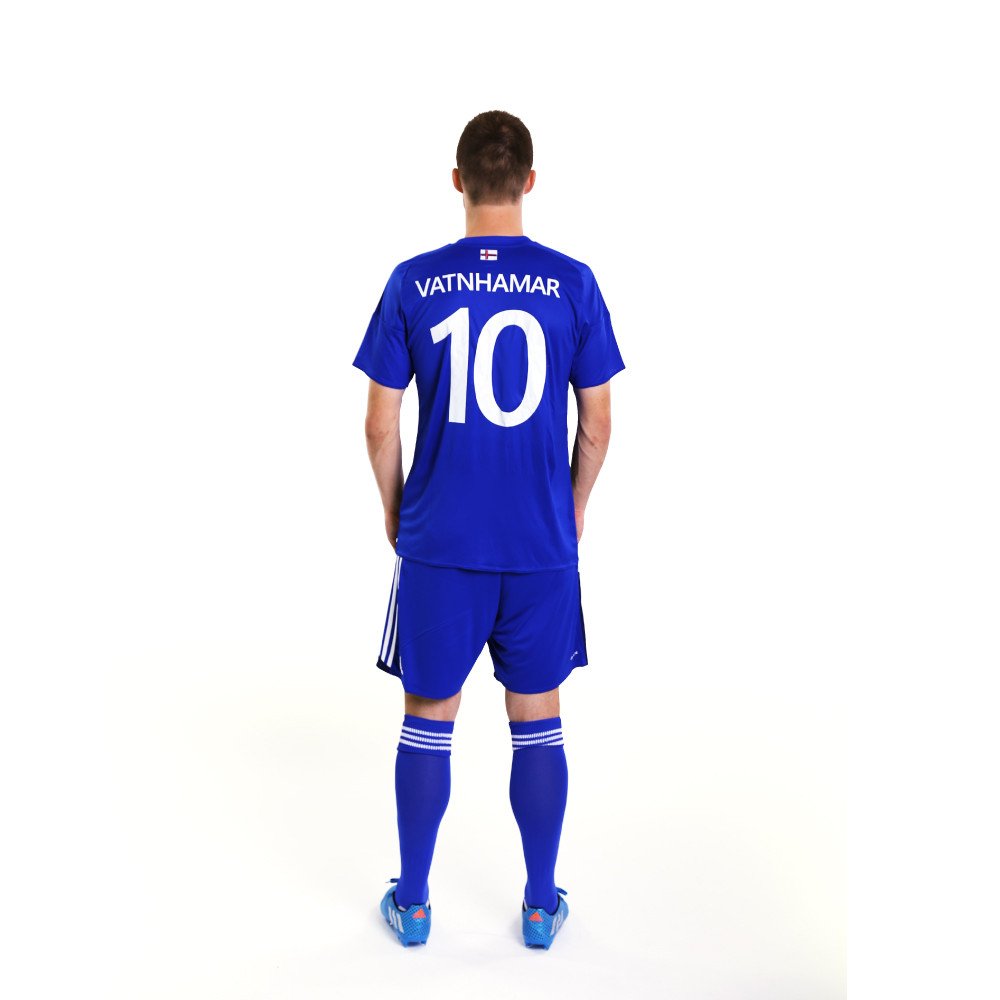 The kit uses Adidas’ Regista teamwear, the same as is worn by a number of club sides this season most notably Middlesbrough. Instead of the ‘Boro red and white, this kit is blue and black with white accents.