Nike officially presented the new shirts for the Sport Club Internacional (Porto Alegre) 2015 season, which will be used in the new tournament Brasileirão 2015 but will debut before that, in the Copa Libertadores.

The home jersey is almost completely red, featuring white only for the brand logo, the sponsor and in the club crest. As of details, the design has a polo collar and in the inside behind the neck it can be seen the crest with the colors of the Rio Grande do Sul flag, the home state for the team. 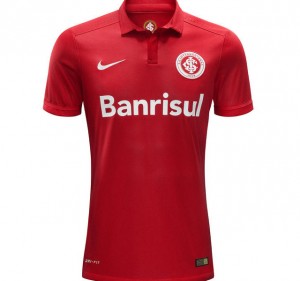 In turn, the away shirt it is not plain white as usual, but with good reason: the white base features a red diagonal band (a design that Internacional used in the 1950s and 1960s, and a brief time in 1990s), with a flare effect that pays homage to the reception that the fans (the torcida) gives the team before decisive matches. 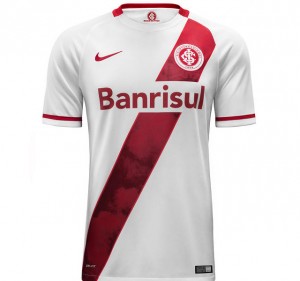 This shirt also features the crest inside the neck, in this case with the motto Ruas de Fogo (Fire Streets) with which the aforementioned receptions is named. The away jersey has a rounded collar half red and half white, and also thin red band in the cuffs and the inside of the sleeves. 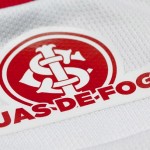 The kits completes with shorts and socks opposite to that of the shirt, white for the home equipment and red for the away one.